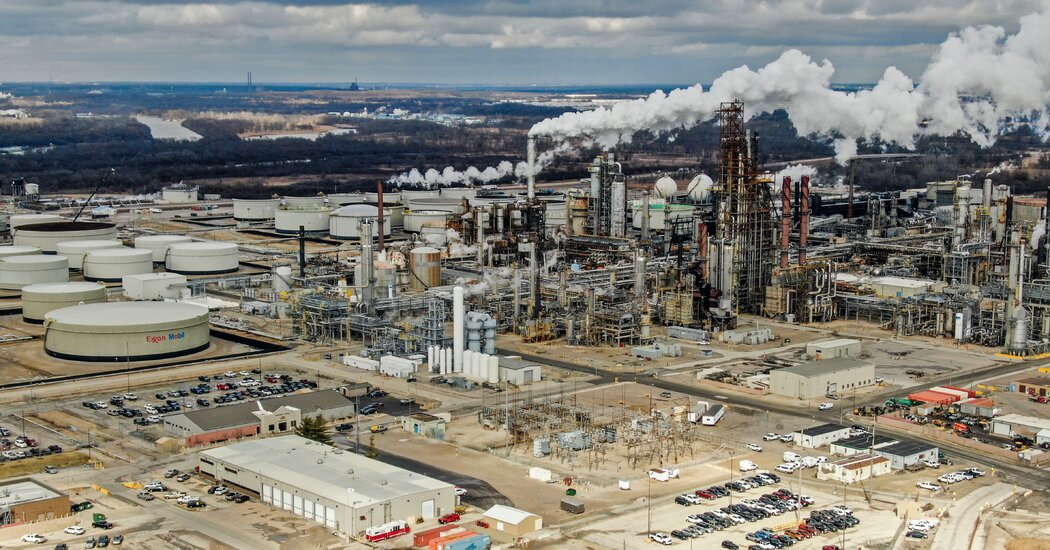 They are also trying to pin some of the blame for high prices on oil companies, which the administration argues are not doing enough to produce more energy to increase their profits. The administration plans to call on Congress to oblige companies to produce on more than 12 million acres of federal lands that are permitted for extraction or face fines, a proposal that will probably face an uphill climb.

Energy experts said the release of oil from the reserve would pack more punch if other countries, like China, also sold oil from their strategic stockpiles. The International Energy Agency, an organization of more than 30 countries, will meet Friday and may recommend further releases of oil from national reserves.

The price of Brent crude, the international benchmark, initially dropped nearly 6 percent after a report by Bloomberg News that Mr. Biden was considering the move, but it recovered to a more modest drop of 5 percent to about $108 a barrel around 12:30 p.m. Thursday. West Texas Intermediate crude, the U.S. benchmark, was down 3.7 percent to around $104 a barrel.

Russia oil exports normally represent more than one of every 10 barrels the world consumes. The United States, Britain and Canada have stopped importing Russian oil, and many oil companies and shippers in Europe and elsewhere have voluntarily stopped buying Russia’s energy products. That has produced a deficit so far of about three million barrels a day.

The average price of regular gasoline in the United States is $4.23 a gallon, according to AAA, the motor club. That’s about the same as it was a week ago but up 62 cents a gallon in the last month.

The Russia-Ukraine War and the Global Economy

Shortages of essential metals. The price of palladium, used in automotive exhaust systems and mobile phones, has been soaring amid fears that Russia, the world’s largest exporter of the metal, could be cut off from global markets. The price of nickel, another key Russian export, has also been rising.

Financial turmoil. Global banks are bracing for the effects of sanctions intended to restrict Russia’s access to foreign capital and limit its ability to process payments in dollars, euros and other currencies crucial for trade. Banks are also on alert for retaliatory cyberattacks by Russia.

Oil prices had dropped this week after peace talks between Russia and Ukraine showed the first signs of meaningful progress, though Russian officials, including Mr. Putin, have sent mixed messages about their intentions. Energy traders are also concerned that global demand could fall as China, the world’s largest oil importer, imposes lockdowns in Shanghai and other places to deal with coronavirus outbreaks.

“The price effect is likely to be short-term,” David Goldwyn, who was a senior State Department official in the Obama administration, said about Mr. Biden’s announcement. “But part of the benefit of this release is that it will provide a bridge to when new physical supply comes online in the second half of this year from the U.S., Canada, Brazil and other countries.”