China’s economy is paying a price as lockdowns restrict nearly a third of its population. 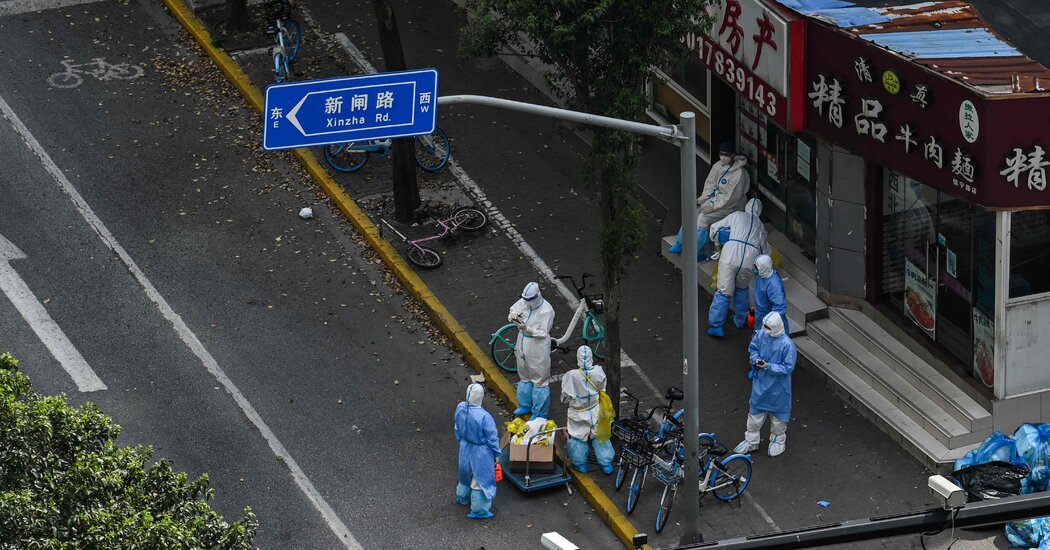 Nearly 400 million people are estimated to be under some form of lockdown in China as officials try to stop a fast-moving Omicron outbreak that is beginning to weigh on the world’s second-largest economy.

Hundreds of thousands of people have been sent to isolation facilities in China and millions more have been told to stay in their homes. Officials in dozens of cities have shut down normal daily life across the country in a race to track and trace the virus and stamp out China’s worst outbreak since the start of the pandemic.

The Japanese bank Nomura has estimated that 373 million people in 45 cities are currently under some kind of lockdown, about a third of the population, accounting for the equivalent of around $7.2 trillion in annual gross domestic product.

It’s part of a pandemic strategy that is increasingly at odds with China’s own economic growth expectations — one that has prompted economists and even the country’s premier to sound an alarm.

Experts are beginning to warn that China’s target of 5.5 percent economic growth for 2022 is now unrealistic because so much of daily economic life has ground to a halt. Li Keqiang, the country’s premier, alerted local officials to the growing economic cost of each new coronavirus outbreak on Monday urging authorities to balance pandemic control measures with a need to encourage growth.

“It is necessary to coordinate epidemic prevention and control and economic and social development,” Mr. Li said, according to state media.

China has reported more than 350,000 locally transmitted virus cases since its latest outbreak emerged in March. While that may not seem like a big number for any country that has battled an outbreak of the highly contagious Omicron variant, China is still pursuing a strategy that aims to eradicate the virus altogether, driven in part by concerns over its older, unvaccinated population. There are still some 40 million people over the age of 60 who have not had a Covid jab.

China’s response to its latest outbreak is also beginning to have an impact on the world’s global supply chain, as factories that make iPhones, electric cars and semiconductors have had to stop operations. Some critical components cannot be trucked from ports to factories because of roadblocks and stringent Covid test requirements.

Pegatron, a major producer of Apple’s iPhone, said this week that two of its factories in China had stopped production “in response to Covid-19 prevention requirements from local governments.” The German auto parts maker Bosch and the automaker Tesla are among other global companies that have had to suspend operations as truck drivers are required to show negative test results within 48 hours in order to enter cities like Shanghai.

In some places without any reported cases officials have put in place roadblocks, leading the State Council, China’s cabinet, to tell local authorities this week not to obstruct major roads, ports and airports.

The efforts to prevent an outbreak are creating such a big problem that economists have revised down their expectations for China’s economic output this year. One economist has gone so far as to predict that China could go into recession in the coming months.

Beijing has prioritized a zero-tolerance policy toward the coronavirus and outbreaks, said Ting Lu, chief China economist at Nomura.

“The problem is that when you set this kind of policy target, local governments will compete with each other,” he said. The consequence of this competition is that local governments will escalate their own pandemic control policies in order to ensure they don’t risk an outbreak that is difficult to get under control. For example, officials Guangzhou, a city of 15 million, began citywide testing after discovering 20 local cases last week.

“If all local governments are doing it this way then the whole economy would be in trouble,” Mr. Lu said, adding, “the whole system will amplify this zero Covid strategy.”