‘I Just Want Something That’s Gay and Happy’: L.G.B.T.Q. Romance Is Booming 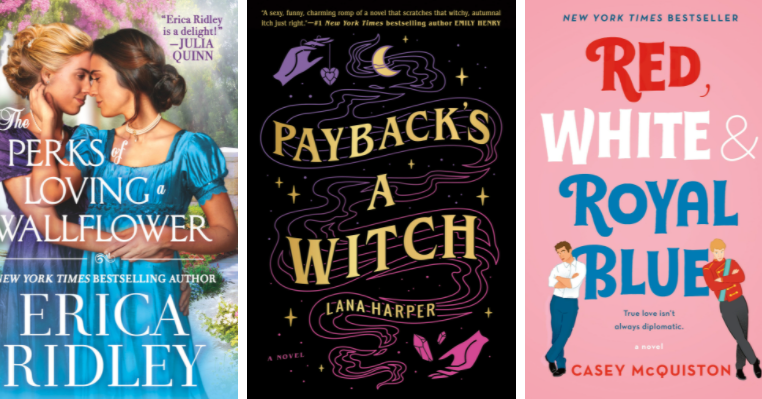 The cover of another, “The Perks of Loving a Wallflower,” looks very much like a typical historical romance novel — period outfits, elaborate hairstyles — until it doesn’t. The two people wrapped in each other’s arms are women.

On Being Transgender in America

Photographs for the cover were taken in New York City in December 2020, a difficult time to take pictures of models cuddling, but executives at Forever, the book’s publisher, felt they had to find a way.

“There’s not a lot of stock, believe it or not, for lesbian regency romance,” said Leah Hultenschmidt, the book’s editor.

Forever hired two models who were a couple in real life so they could nuzzle for the camera without violating Covid safety protocols. The book was sold widely, not only in bookstores but also in pharmacies, grocery stores and Walmart.

One book that is often cited by booksellers and publishing executives as a turning point for the genre is “Red, White & Royal Blue,” by Casey McQuiston. A love story about the Prince of Wales and the American president’s son, it was published in 2019 by St. Martin’s Griffin, with an initial print run of 15,000 copies. Its publisher said it now has more than 1.3 million copies in print across formats.

McQuiston, who uses they/them pronouns, said their books are written for and about queer people, but they have also heard a lot of, “Oh, my mom and her book club are reading that.”

“When a book has the ability to cross over and be embraced by mainstream readers and be more pop culture-friendly, I think that is really important,” they said. “It’s sad to say, but there is still this level of humanization that we need.”