Twitter will stiffen moderation policies in response to the war in Ukraine. 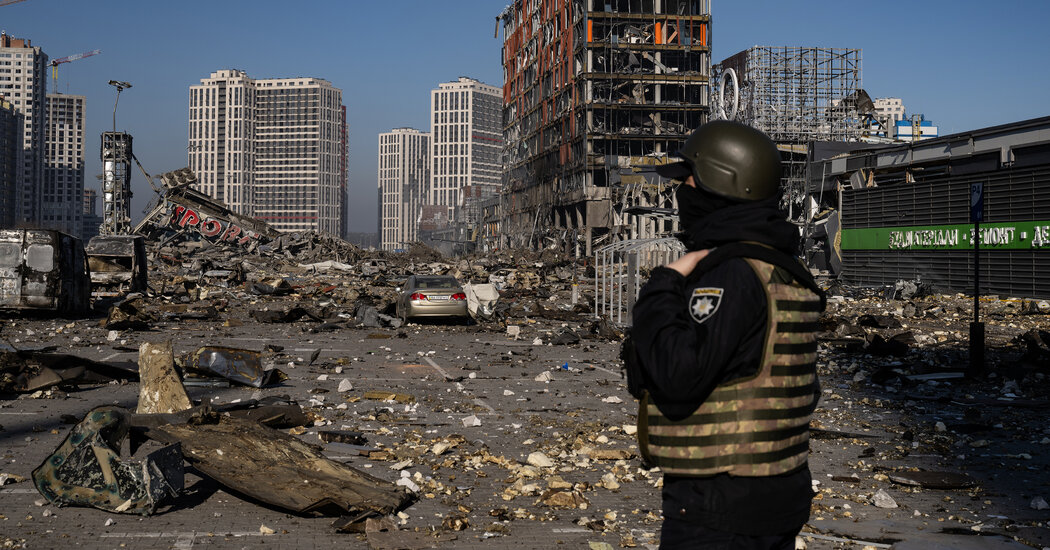 In response to censorship by Moscow and provocative posts about the war in Ukraine, Twitter detailed new policies on Tuesday that it said would reduce amplification of Russian government accounts and ban some tweets containing images of prisoners of war.

Twitter, like other companies, is updating its content moderation policies for war, and the changes escalate its existing policies for posts from state-affiliated media. They also show how the company is trying to walk a line between supporting important documentation of events in the conflict and exploitation.

Twitter said it would stop amplifying government accounts from countries that “limit access to the open internet while they’re engaged in armed conflict,” Yoel Roth, Twitter’s head of site integrity, said in a press call on Monday. In practice, the policy applies only to Russian government accounts, which will no longer be recommended on Twitter’s home timeline, explore page or search results.

Russia has throttled access to Twitter, meaning that pages load slower for users in that country and in some cases don’t load at all. Mr. Roth said the policy would apply to any wartime country that placed restrictions on the internet, whether Twitter was blocked or not.

“When we find a government that is engaged in armed conflict is blocking or limiting access to online services within their country while they themselves continue to use those same services to advance their position and viewpoint, that creates a harmful information imbalance,” he said.

Twitter also said it would require the removal of any tweets posted by state or government accounts that included video or images of prisoners of war. Similar tweets by nonstate accounts will violate the policy if they are shared with “abusive intent,” including tweets that insult, mock or wish harm to the prisoners of war, Mr. Roth said.

If an account posts a tweet that violates the policy, Twitter will require the violator to remove it before the account can tweet again. An exception are tweets that are important for “evidentiary purposes,” which will be determined case by case, Mr. Roth said. Those tweets will be given a warning label.

Ukrainian government accounts have posted dozens of videos purportedly showing Russian prisoners of war. The videos, intended to highlight how Russian soldiers are young and poorly trained, showed them denouncing the war and being allowed to call their parents. But the videos raised questions about whether they violated the Geneva Convention, which restricts publishing images of war prisoners.

The obligation to protect prisoners of war “from being objects of public curiosity, as well as protecting them from intimidation or humiliation, is part of the broader requirement to ensure their humane treatment and protect their families from harm,” said Aisling Reidy, a legal adviser to Human Rights Watch, in a statement that the international organization posted on March 16. “The Ukrainian authorities should stop posting these videos online.”

Such videos would violate Twitter’s new policy, Mr. Roth said on Monday, but the policy will not be applied retroactively.

“We don’t want Twitter to be used by state actors to infringe on international humanitarian law,” he said.