Big Oil has nothing to complain about under Joe Biden 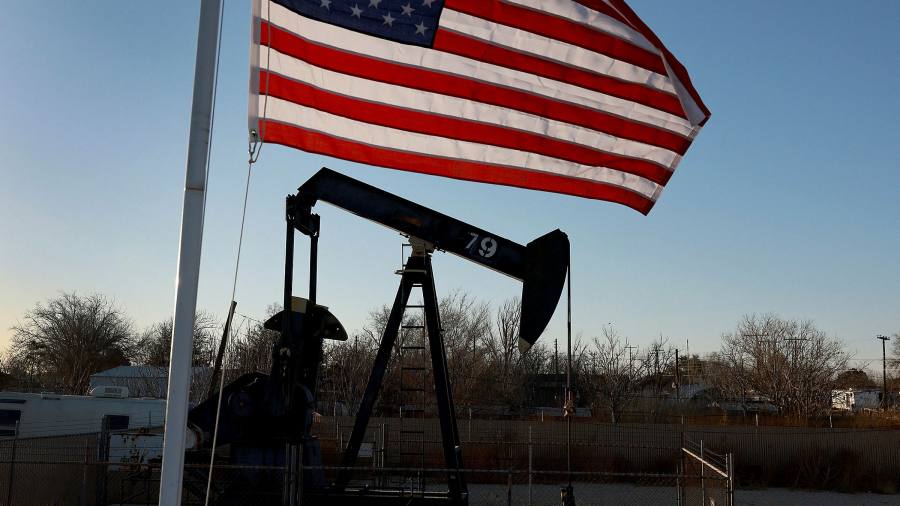 US oil and gas companies are accustomed to complaining about how rotten Joe Biden has made life for them. The climate president and his clean energy agenda, the argument runs, has thwarted them from doing what they do best: getting oil out of the ground and maintaining America’s energy independence.

It’s time they changed their tune.

Their biggest beef, typically voiced by the American Petroleum Institute, has been the administration’s efforts to curb drilling on federal lands and impose what they say are onerous permitting laws that prevent them building the infrastructure they need to drill.

“If the administration really wants to be strategic here,” said one API executive this week, “they’ll promote the production of oil and gas in the United States through development on federal lands and waters. They’ll stop restricting access to pipeline infrastructure.”

In private, many are far more scathing about the president, joining Republican congressmen — big recipients of their political donations — in blaming Biden for the spike in oil prices and more expensive petrol.

The truth is more complex. Biden has pledged sweeping legislation to propel a clean energy revolution in the world’s biggest economy. In one memorable phrase in a pre-election debate with Donald Trump, he said the US would “transition from oil” if voters put him in the White House.

But Congress — and especially West Virginia’s Democratic senator Joe Manchin — has already thrown sand in the gears. Now, Russia’s invasion of Ukraine has created a global energy crisis. Biden isn’t responsible for either, but even before crude prices surged America’s fossil fuel industry had nothing to complain about.

US coal use is up. Carbon emissions are rising. Americans are now burning more petroleum than ever. Oil output from the huge Permian shale field stretching across Texas and New Mexico is at a record high. The government predicts that total US crude production will scale new heights under Biden.

Alongside rallying EU nations to hold firm in the face of Vladimir Putin’s aggression, Biden’s visit to Europe last week also saw him secure a new agreement from Brussels that would guarantee vast future demand for US fossil fuel exports.

In the face of the deepening energy shock, EU countries have talked of rationing, while the International Energy Agency has called for “emergency measures”, including lower speed limits, curbs on air travel and car-free Sundays, to curb oil demand.

Biden has taken a very different tack. He wants to make it cheaper to keep burning oil, while also urging companies to drill as fast as they can. On Thursday, he announced a historic new release of crude from the country’s emergency stockpile. He even urged Congress to fine shale drillers if they failed to make use of the federal land — the same ground he had previously insisted should be sacrosanct.

Ironically, it has been Wall Street, not the White House, that has been telling the US oil and gas companies to stop drilling, keep oil prices at lofty levels and let the cash roll in.

The amount of free cash flow generated by shale drilling companies has never been stronger. A sector notorious for its financial profligacy is now churning out bumper dividend payments, buying back shares and wondering what to do with its oodles of cash.

Devon Energy was the best performing stock on the S&P 500 last year. Pioneer Natural Resources, the biggest shale operator, made $2bn in profits last year — its best on record. Investors’ appetite for companies such as EOG Resources, ConocoPhillips and Occidental Petroleum have made the energy index the stock market’s best performer over the past 12 months.

Environmentalists — and many millions more who are concerned about climate change — had high hopes for the Biden administration. And he may still deliver. But the truth so far is that under the so-called climate president, many US fossil fuel producers have never had it so good.