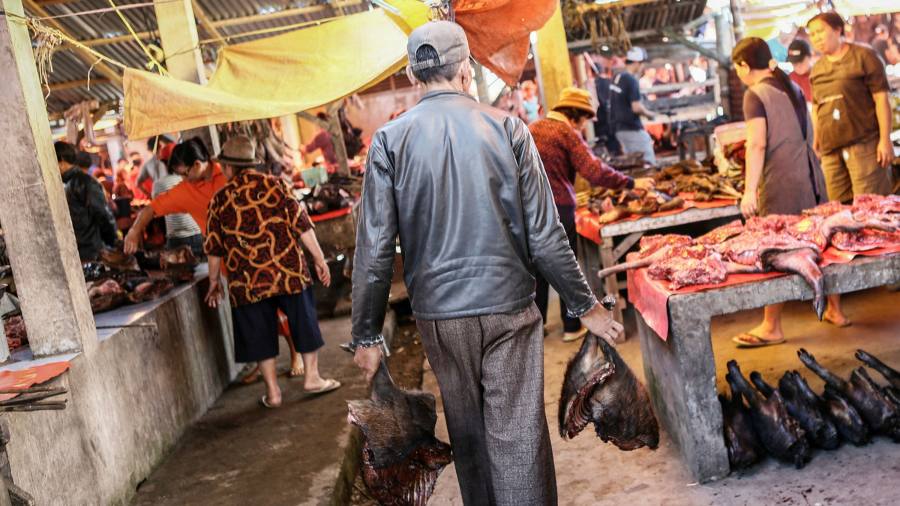 Climate change will force wild mammals to relocate to new habitats, which could increase the spread of viruses between animal species, creating fertile ground for future pandemics, a new study has warned.

The research findings, published in the scientific journal Nature on Thursday, used mathematical models to calculate how temperature and land use changes would alter the geographical range of the habitats of 3,139 mammals, and the knock-on effect that would have on viral transmission.

Even under an optimistic scenario, in which global temperature rises peak at 1.8C by the end of the century, researchers at Georgetown University who were behind the study projected that mammals shifting their geographic ranges to adapt to habitat changes “could create thousands of new opportunities for viruses to find new hosts”.

Future hotspots for cross-species viral transmission among wildlife are projected to overlap with densely populated urban areas in equatorial Africa, India, south China and south-east Asia, “further increasing vulnerability” to the spillover of novel pathogens that could give rise to the next pandemic, the researchers added.

A leading theory about the origin of Covid-19 is that it jumped from bats to civet cats before entering the human population. Similarly, it is widely accepted that HIV jumped from monkeys to chimpanzees and gorillas before spilling over into humans.

Different animal species sharing habitats and interacting for the first time due to climate change was shown by the study to be “a novel and potentially devastating mechanism for disease emergence”, which could threaten not just animal health but also “most likely have ramifications for our health too”, said Greg Albery, a disease ecologist at Georgetown University.

Researchers found that if mammals moved their habitats in line with climatic changes, that would lead to about 316,000 first encounters between species and at least 15,000 instances of pathogens being shared between animals for the first time by 2070.

But they said body size and status in the food chain would limit migration for some mammals, adding that 123,000 first encounters and nearly 4,600 viruses being shared for the first time was a more realistic estimate. On account of being the only flying mammal, bats accounted for 90 per cent of first species encounters.

Researchers said this process posed “a measurable threat to global health” given the pandemic potential of diseases that originate in wildlife, known as zoonotic viruses.

Albery said the study provided “incontrovertible evidence” that the “coming decades will not only be hotter but sicker”.

In addition to the likely animal origin of Covid, zoonotic viruses are responsible for Ebola, Zika and swine flu, among other illnesses. About 10,000 viruses are at present capable of infecting humans but a far larger number are circulating silently among animals.

“Climate change is creating innumerable hotspots of future zoonotic risk,” said Colin Carlson, an assistant research professor in biology at Georgetown University who led the study. “We have to acknowledge that climate change is going to be the biggest upstream driver of disease emergence and we have to build health systems that are ready for that.”

The study did not look at birds, which harbour a large number of viruses. On Tuesday, China recorded the first-ever human infection from the H3N8 strain of bird flu.

The researchers noted that current climate change mitigation efforts would do little to stop cross-species viral transmission before 2070. They said their results “highlight the urgency of better wildlife disease surveillance systems”.