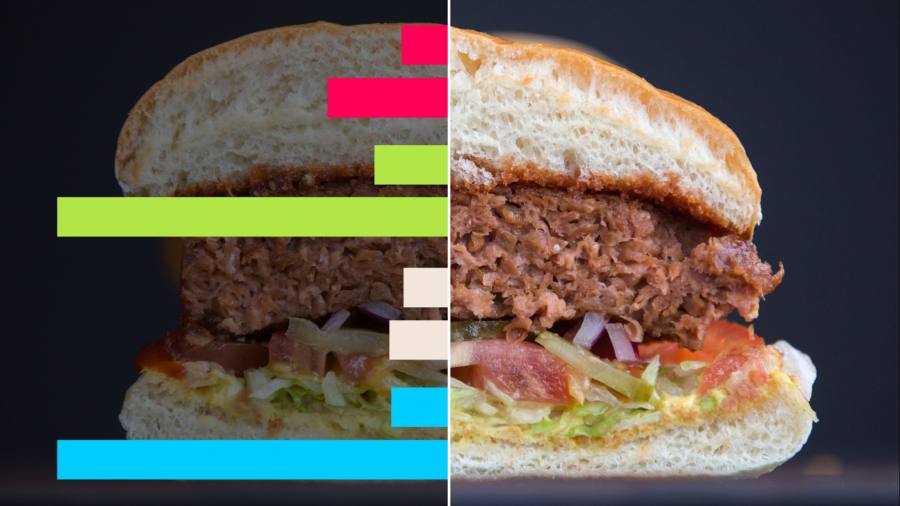 A boost in plant-based food sales would not be enough to significantly limit global warming driven by eating meat, and further innovation in cutting emissions from cattle is needed, an academic study has found.

Interest in vegetarian substitutes for burgers and sausages has surged in recent years alongside escalating concerns about climate change and human health.

Anthropogenic methane, a potent greenhouse gas, is generated by cows as they digest. In countries such as Brazil, swaths of carbon-absorbing trees have also been razed to make room for cattle.

Although the increasing appetite for plant-based meat alternatives has fuelled a wave of investment in companies such as Beyond Meat and Impossible Foods, growth in the market began to stagnate in 2021.

The unexpected slowdown in the pace of growth was attributed to a combination of price and taste, with plant-based meat alternatives generally more expensive than animal products, experts said.

But a 10 per cent reduction in the price of plant-based meat alternatives could increase their consumption by close to a quarter, according to a recent study by academics from several US institutions.

However, the resulting fall in cattle farming and global greenhouse gas emissions would be limited and required further action, the study, which was published in Environmental Research Letters, found.

The researchers estimated that if the price of meat alternatives made from foods such as soya and peas were a tenth lower, the number of cattle slaughtered in the US would fall by 0.15 per cent.

At the same time, US and international emissions would fall by 0.27 and 0.7 megatons per year, respectively, which even combined represents less than 0.5 per cent of domestic American pollution from beef production.

That figure would rise to 1.3 per cent when taking into account global reduction in so-called land use change, such as potentially avoiding deforestation and if the land previously used for crops and pasture in the US was also reforested.

“Even substantial reductions in prices of [plant-based meat] alternatives are unlikely to have substantive impacts on the US cattle population and emissions, suggesting the need to also pursue alternative mitigation strategies,” the authors said.

This could include innovations to reduce methane emissions per cow, such as new dietary supplements being trialled by UK-based cattle farmers.