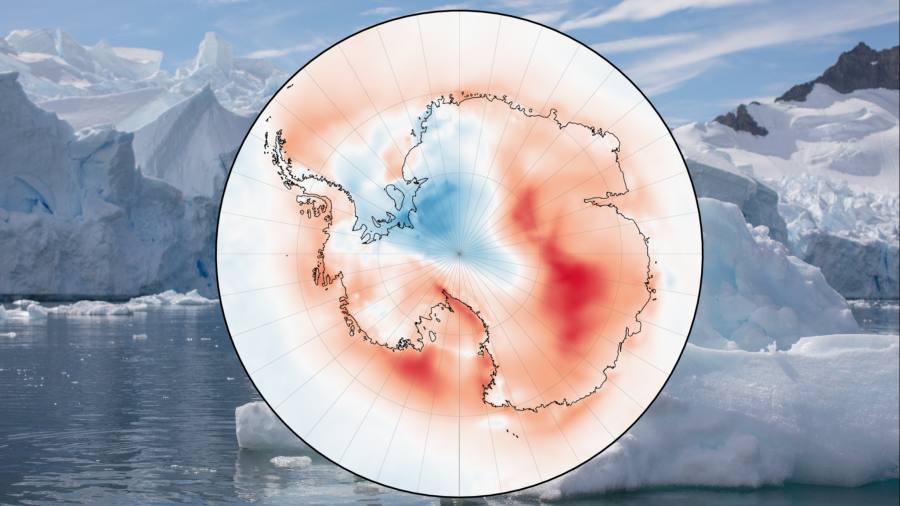 Polar regions have experienced great extremes in the past month, as temperatures in Antarctica climbed a record-breaking 40C higher than normal and the continent experienced the collapse of a major ice shelf in March.

Temperatures at the Concordia station, that sits more than 3,200 metres above sea level, climbed to a record high of -12C, or more than 40C above what was normal for the season.

Antarctic sea ice extent for March was also 26 per cent below the average level for 1991 to 2020, marking the second lowest reading in the 44-year satellite record, according to data from Copernicus, the European agency.

“These kinds of extreme weather events are occurring with more frequency in our warming world,” said Bethan Davies from the Department of Geography at the University of London’s Royal Holloway. “As the polar sea ice melts, more dark-coloured seawater is exposed, which absorbs more heat and can warm the planet further,” she said.

Melting sea ice pushes up sea levels, a long-term trend that is threatening coastal settlements around the world.

Towards the end of March, Antarctica’s vast Conger Ice Shelf, a platform the size of New York City, collapsed.

“The complete collapse of an ice shelf is a very unusual and rare event,” said Professor Andrew Mackintosh, from Monash University’s school of earth, atmosphere and environment.

“It seems an unlikely coincidence that the air above the Conger Ice Shelf warmed dramatically over the past few weeks before its collapse,” he said, adding that researchers needed to establish whether it had been “thinning from beneath over recent decades”.

On the other side of the globe, the Arctic experienced its fourth warmest March on record. Sea ice extent in the region remained below average but did not hit the “extremely low extents observed since July 2021”, the Copernicus researchers said.

“It is unusual to have such large departures from average occur at the same time at both poles, and in the Arctic it may have led to the maximum sea ice extent reached considerably earlier than average,” said Julienne Stroeve, professor of polar observation and modelling at University College London.

“While we may expect such warming extremes to occur more frequency under climate change, it is too early to say this particular event is related to climate change. Weather is always unpredictable,” she added.

Although Europe experienced a colder than average March, the global average temperature for the month was the fifth warmest on record, 0.4C higher than the 1991-2020 average, according to Copernicus.