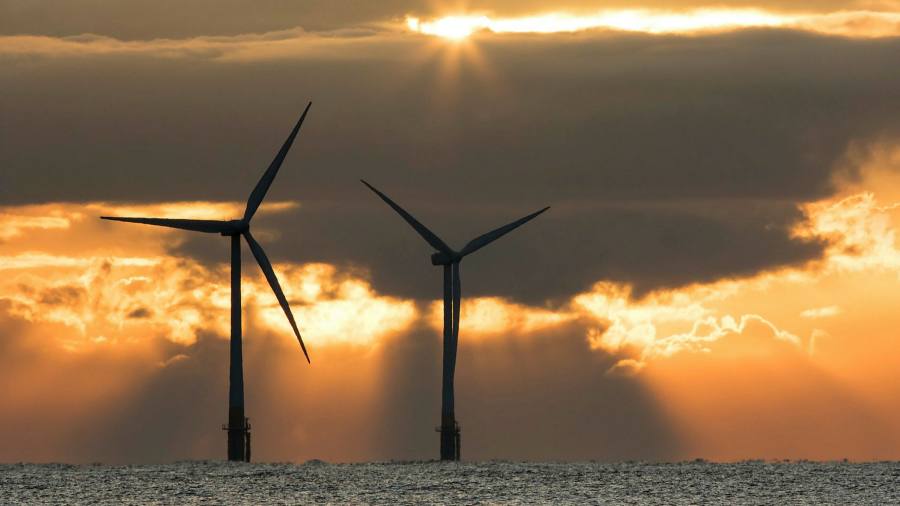 The EU has launched a case against the UK at the World Trade Organization over British subsidies for offshore wind farms in a significant escalation of post-Brexit tensions.

Brussels claims that new criteria introduced by the UK government in awarding subsidies for offshore wind projects favour those using turbines sourced domestically over imports in breach of WTO rules.

The move signals the start of the first dispute between the EU and its former member involving the global trade body, since the end of the Brexit transition period in December 2020. It comes as the two sides remain deadlocked over the implementation of the withdrawal deal.

“The criteria used by the UK government in awarding subsidies for offshore wind energy projects favour UK over imported content,” the European Commission said in a statement. “This violates the WTO’s core tenet that imports must be able to compete on an equal footing with domestic products and harms EU suppliers, including many SMEs, in the green energy sector.”

The British government said it would “rigorously contest” the claim.

Since December, the UK has asked bidders to outline how much of the contract’s value will be produced in the UK to determine their eligibility. Payouts then depend on whether the operator sticks to its commitment on that local production.

“This incentivises operators to favour UK content in their applications, to the detriment of imported inputs,” the commission said. It added that the WTO’s national treatment principle prohibits members from discriminating against imports in favour of domestic products.

“Moreover, such local content criteria lead to losses in efficiency and raise prices for consumers, ultimately making the transition to a secure supply of renewable energy more difficult and costly,” the commission said.

The UK is second only to China in terms of installed wind power capacity. But this concentration has not translated into a British jobs and manufacturing boom, which has instead benefited foreign companies, including those in the EU and China.

Lobby group RenewableUK estimated that just 29 per cent of capital expenditure on offshore wind projects goes into the UK economy. Prime minister Boris Johnson wants to lift that level of capex spent with UK-based suppliers to between 40 and 50 per cent, and 60 per cent of lifetime spend, including maintenance.

One British official said ministers were “puzzled” as to why Brussels was challenging the scheme when EU countries used similar methods. “At a time when the west should be united in defeating Putin, this act of envy by Brussels is ill-judged and ill-timed,” he said. “We should be working together to strengthen European clean energy security, not fighting this out in court.”

The two sides have 60 days to reach an agreement at the WTO before Brussels could demand a panel of arbiters rule on the dispute, which could take at least a year.

The move by Brussels could add to domestic political pressure on Johnson to suspend parts of the Northern Ireland protocol by invoking its Article 16. Many Conservative MPs have urged him to do so and end checks on trade between Northern Ireland and Great Britain agreed as part of Brexit.

The UK government said: “We are disappointed that the commission has taken this course of action at a time when we are focused on increasing our energy security and supply of homegrown renewable energy,” adding: “The UK abides by WTO law and will rigorously contest the EU’s challenge.”