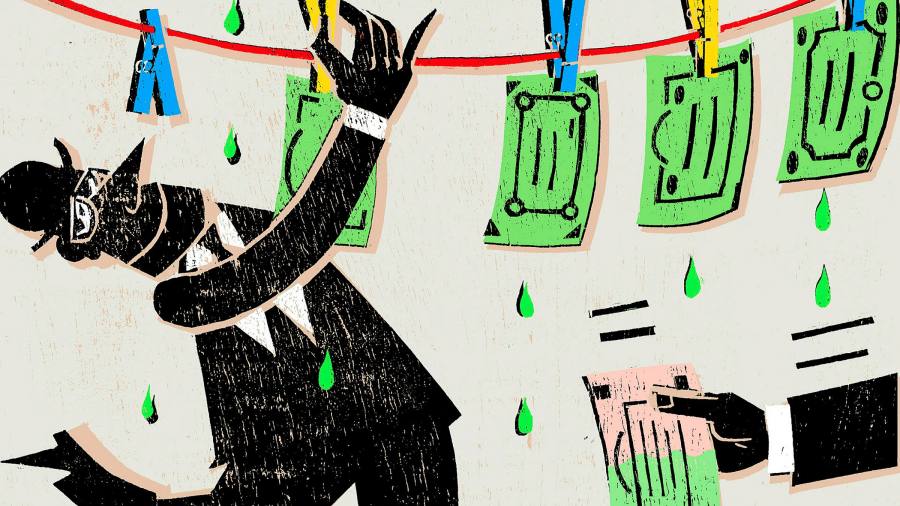 The race to prevent catastrophic climate change is driving a massive expansion in the green bond market, where governments and companies can raise capital to finance their efforts to combat global warming.

Issuance of green bonds reached a record $517.4bn in 2021, up 74 per cent from $297bn the previous year, according to Climate Bonds Initiative, a non-profit organisation that promotes investments to combat climate change.

It now expects annual issuance of green bonds to exceed the $1tn milestone for the first time this year as estimates of the debt funding needed to tackle climate change risks continue to escalate.

The EU will need an estimated €350bn in additional investment each year over this decade to meet its 2030 emissions reduction target, alongside another €130bn for other environmental goals. These projections, from the European Commission, were produced before Germany decided to accelerate its transition to renewable energy sources and reduce its dependency on fossil fuels supplied by Russia, following that country’s decision to attack Ukraine.

Many governments around the world have now pledged to reach net zero carbon emissions by 2050, a huge challenge that will require $9.2tn to be spent each year to develop new green assets and decarbonise the global economy, according to McKinsey, the consultancy.

“The [clean] energy transition will undoubtedly accelerate from here and green bonds will be front and centre in the funding of that,” says David Furey, head of fixed income strategies in Europe at State Street Global Advisors, the asset manager.

Climate Bonds Initiative has predicted that annual green bond issuance will have to reach $5tn as early as 2025 if the global economy is to remain on track to achieve net zero carbon emissions by the middle of the century.

But this rapid expansion of the green bond market poses a problem for both regulators and investors who are concerned that it could encourage “greenwashing”, whereby companies make exaggerated or false environmental claims in order to help them raise money from investors.

For example, Hong Kong Airport Authority in January raised $1bn via a green bond tranche to help fund the development of a third runway — a project that environmental campaigners have complained will pose further dangers to Chinese white dolphins that are already threatened with extinction.

“This constitutes pure greenwashing” says Paul Schreiber, who oversees the supervision of financial institutions at the campaign group Reclaim Finance.

Schreiber adds that the green label on the airport bonds cast doubt on the credibility of climate pledges made by the 11 banks that arranged to sell them, as it was questionable how they could meet their own net zero emissions targets while also supporting air traffic growth.

Green bonds can currently be issued under a variety of voluntary standards and guidelines developed by trade bodies such as the International Capital Markets Association and Climate Bonds Initiative.

But Stephen Park, associate professor at the University of Connecticut’s business school, says it is crucial for participants in the green bond market to consider the “legitimacy deficits” that arise from the current patchwork of voluntary governance arrangements.

“These governance deficits threaten the ability of market participants to overcome investors’ doubts and scepticism about greenwashing,” he warns.

Governments and regulators are also questioning whether these voluntary standards are still appropriate, given the critical role of the green bond market for achieving the transition to a low-carbon economy.

Paul Tang, the European parliament’s rapporteur for green bonds, has called for a review to determine whether mandatory standards should be applied to prevent greenwashing.

He wants to see improvements in disclosures and reporting standards that would require issuers to demonstrate that the proceeds of green bond sales are being properly used to fund projects approved under the EU’s sustainable finance taxonomy.

Tang also wants to ensure that investors can trust statements about green bonds, by ensuring that any environmental claims or information are vetted by an independent external reviewer under the supervision of the European Securities and Markets Authority, the EU financial watchdog.

However, Trzcinka of Impax Asset Management, who has invested in green bonds since 2008, does not favour mandatory standards.

“The current voluntary standards work well,” he says. “We don’t want to increase the costs associated with issuing green bonds or to limit innovation after spending so long trying to establish the market.”

Amy Geddes, a partner at the law firm Herbert Smith Freehills, believes that some improvements in disclosures and reporting standards would be welcomed by investors. But she warns that the stringent proposals made by the rapporteur “had the potential” to dissuade some companies from issuing green bonds.

This question of whether green bond standards should remain voluntary or become mandatory in Europe will be a key point in upcoming negotiations between EU policymakers, politicians and parliamentarians, reckons Geddes. Some observers believe that tighter EU rules to tackle greenwashing will set the benchmark beyond its jurisdiction.

“Flexibility in the regulations would allow the EU’s green bond standards to grow potentially into a de facto global standard,” Geddes explains. “At the same time, rigorous requirements are needed to promote credibility. It remains to be seen whether the EU’s final green bonds proposals will strike the right balance.”