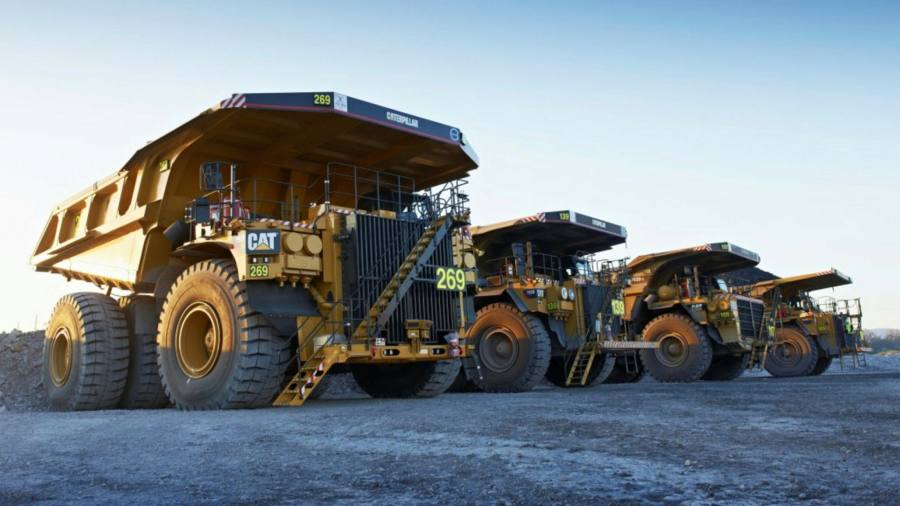 Glencore seemed to have won the argument on coal last year. In fact, it just set up a series of further debates.

ISS and Glass Lewis, the influential proxy advisers, have recommended investors vote against Glencore’s climate progress report at its annual meeting next week.

That is despite ISS backing Glencore’s climate plan last year (when Glass Lewis suggested abstaining), where it won 94 per cent support and said it would align with Paris climate goals of setting a comprehensive net zero emissions target for 2050.

It was a significant victory: as miners such as BHP and Anglo American tried to shed coal, investors blessed Glencore’s view that it was better to hold on to it.

This, of course, was self-interest talking. In a normal year, Glencore makes about 10 to 15 per cent of group ebitda from coal, the global use of which has been described as a “deadly addiction” by the UN secretary-general. Stopping the burning of coal to generate electricity is the single most important factor in curbing global warming.

But the miner’s position also happened to be right. Selling assets into unscrutinised private hands, or spinning them into smaller pure-play companies, carries the risk that mines will be extended, corners cut, rehabilitation short-changed or mining communities cut adrift.

Glencore’s pitch was to be the responsible owner of coal assets. Broadly, the bargain was this: allow us to be the custodian that runs down these assets in line with society’s demands and we’ll all make a boatload of money on the way.

The latter bit is working almost embarrassingly well thanks to soaring global coal prices, which spiked again after Russia’s invasion of Ukraine. Glencore in February estimated that coal would provide nearly 40 per cent of this year’s ebitda at spot prices. Chris LaFemina at Jefferies notes that the miner’s coal business has gone from a $1bn-a-year ebitda run rate in late 2020 to nearly $20bn on current spot prices. Coal has taken on new strategic importance in the energy mix.

Still, it is clear that Glencore’s victory on coal was the beginning rather than the end of the wrangling.

Its strategy hasn’t really changed. It bought out joint venture partners in Colombia’s Cerrejón mine — something it said it might do but which means a 17 per cent rise in its coal production this year. It expects to close three mines soon. Where it is seeking expansion permits, it says those were part of the original mine plan rather than extra tonnage.

One problem is that Glencore got credit last year for being an early mover in putting its strategy to a vote and in setting its net zero target. Now more scrutiny is inevitable.

Another is that, frankly, Glencore always faced a test in establishing its credibility and willingness to leave money on the table as it winds coal down. Extending mine lives well into the 2040s hardly helps. It makes a huge difference to the planet whether coal tonnage disappears in 2025 or 2049. Glencore’s desire to be judged on its actions can be met with the response that, by then, it may be too late.

Meanwhile, society’s bar for an ambitious, or even credible, climate strategy is rising all the time. “A lot of corporates are failing to realise the speed of the change of sentiment on this issue,” says Giuseppe Bivona, co-founder of activist investor Bluebell Capital, which wants Glencore to separate its coal mines. This week Bluebell wrote to BlackRock, Glencore’s largest shareholder, urging it to reject the miner’s climate report.

More details would help. The ACCR, an Australian shareholder advocacy group, argues that to be truly aligned with the Paris goals Glencore needs to cut coal faster. Attention in the climate world has also firmly shifted to 2030 targets, whereas Glencore’s 50 per cent emissions reduction goal is for 2035 — which happens to be the year after Cerrejón, with output at 20 per cent of current levels, is due to close.

One concern about “say on climate” votes, flagged recently by the UN Principles for Responsible Investment network, is that once plans are approved it could “ease pressure . . . to take further action”. That shouldn’t be the case. Investors who blessed Glencore keeping coal — and who will benefit from the current bonanza — should also be pressing each year to be sure of its speedy demise.