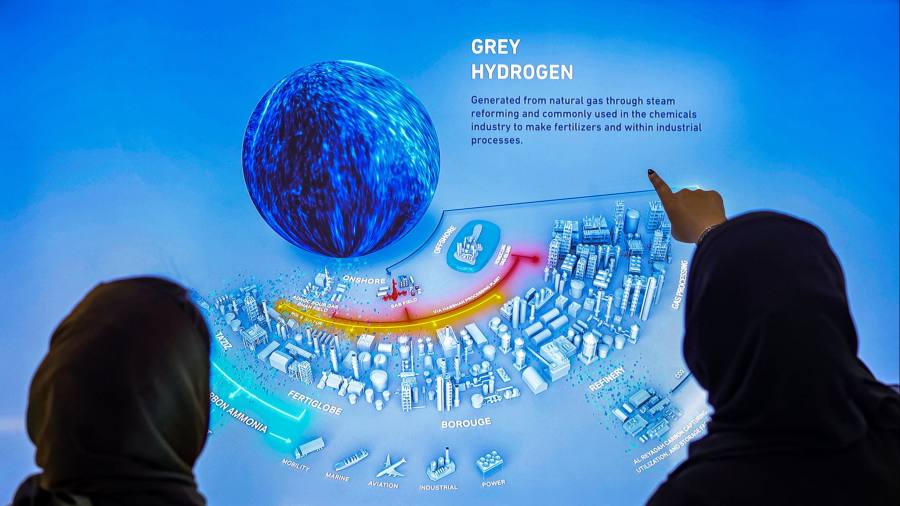 The global PR firm handling external communications for COP27 in Egypt is under fire from a group of scientists for its work for the fossil fuel industry, amid concerns about the rise of oil and gas lobbyists at the UN climate summit.

The US-based Hill+Knowlton Strategies, owned by the WPP group, is providing communications services for COP27. It also represents an industry group known as the Oil and Gas Climate Initiative, involving a dozen of the world’s largest oil and gas companies including ExxonMobil and Chevron.

Scientists who are members of the non-profit advocacy group, the Union of Concerned Scientists, have described the dual representations as “incompatible” in an open letter.

A former senior scientist at the American Institute of Physics, Delta Merner, now involved in climate litigation for UCS, said there was a risk that information from the COP27 presidency would go “back to the gas lobby.”

“They have access to the presidency of COP. They’re thinking through how to present these things,” she said.

COP27 is the first UN climate summit at which oil and gas companies have been invited to participate in the official programme of events, although they have long been holding events on the sidelines.

Manuel Pulgar Vidal, the president of COP20 in Lima, said that oil and gas industry representatives had the right to participate in an open process but it was necessary to be able to “resist any perverse level of influence”.

BP chief executive Bernard Looney and Shell vice-president of policy and advocacy Susan Shannon were among them. Chair of the executive committee of OGCI, Bjorn Otto Sverdrup, former executive at Norwegian energy group Equinor, featured on the COP27 “decarbonisation day” panel event about the industry “journey” from commitment to action.

Hill+Knowlton said it “believes in the imperative to transition to a low-carbon future and is committed to playing a positive role in that process”.

“Constructive engagement” with companies, including in the energy sector, was “essential for a transformation of this scale”, the group said.

Hill+Knowlton declined to comment on whether it would phase out its fossil fuel clients. Chair and chief executive AnnaMaria DeSalva joined the public relations consultancy in 2019, after serving as head of communications for chemicals group DuPont.

During COP27, a movement of advertisers and communications professionals known as Clean Creatives have commissioned ads on the professional network LinkedIn that target Hill+Knowlton employees, urging them to “make [a] change at your agency” and help it “go clean”.

In the run-up to COP27, more than 400 scientists also signed an open letter organised by Clean Creatives, calling on Hill+Knowlton to cut ties with its fossil fuel clients.

The public relations industry is the latest professional services sector to come under pressure for its work with fossil fuel groups, against a backdrop of rising regulatory efforts to combat greenwashing.

A UN-commissioned report launched at COP27 said those in the business services industry, including law firms, public relations groups and consultancies, should disclose publicly how they were tackling greenwashing and “lobby for positive climate action and not against it”.

Following criticism of the work that another major public relations company, FTI Consulting, did for the oil industry, the research and data groups MSCI, CDP and Morningstar broke ties with it. CDP also stopped working with Edelman, another PR firm, on similar concerns.

The gas industry has been prominent at COP27 in promoting the fuel as a cleaner alternative to other fossil fuels.

The Hydrogen Council promotes blue hydrogen, which is made from gas, as “clean” despite the global warming effects of methane that is the main component in its production. FTI previously handled PR for the Hydrogen Council and the group’s registered office was in the past listed as FTI’s Brussels office.

The Hydrogen Council counts oil majors TotalEnergies, Saudi Aramco and BP among its members. Its executive director Daryl Wilson said the group did “not have a purity criterion [for membership] . . . It’s not my place to judge motivation or intent.”

“[We] could take this as a good sign that they are beginning to be anxious.”