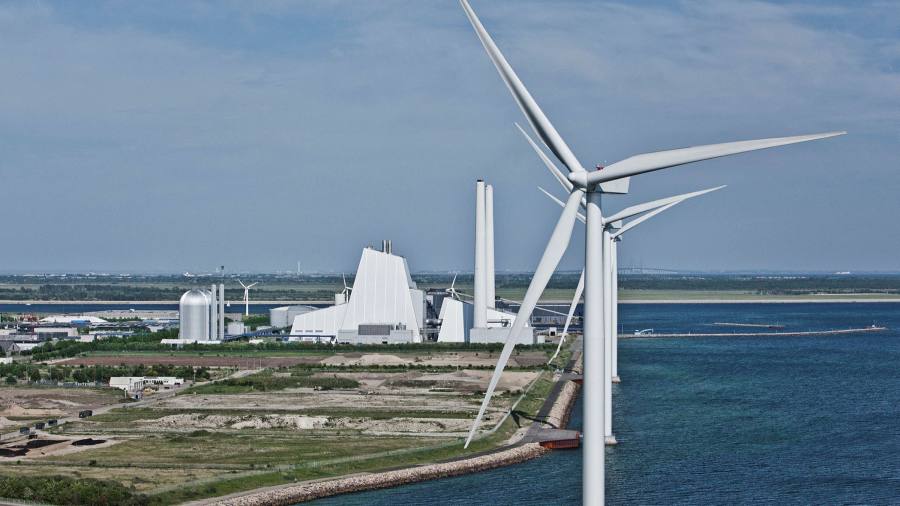 Danish green energy company Orsted is building its coal stockpile in anticipation of burning more of the fuel next winter, just as the EU approved a ban on Russian coal imports as part of a fifth round of sanctions.

Chief executive Mads Nipper said a global shortage of wood pellets, which fuel Orsted’s biomass power stations, meant the company was likely to use coal instead later in the year.

“However much we hate it, we are very likely going to see a temporary increase in our coal use, compared to the trajectory that we have been in,” Nipper told the Financial Times.

“That is driven by the situation out of the war,” he said, explaining that Russia’s invasion of Ukraine, combined with global supply chain challenges, had made it extremely hard to procure the specialised wood pellets Orsted usually relies on.

“Biomass is hard to get right now because everyone is looking for fuel,” Nipper said. “We have sourced additional back-up coal to ensure that we are prepared.”

The $59bn company’s share price has dropped by about one-sixth over the past 12 months, partly owing to low wind speeds that hit revenues.

While Orsted is known as the world’s biggest developer of offshore wind farms, the company also has a gas trading arm, a US clean energy business, and operates nine power plants in Denmark.

Of those, six plants run on wood pellets or wood chips; two run on gas; and one runs on coal. Some plants burn more than one type of fuel.

In the midst of an energy crisis in Europe triggered by the war in Ukraine, Nipper said the increase in coal use was a “necessary short-term evil” and the company’s plans to close the one remaining coal plant next year were unchanged.

Orsted also imports gas from Russia, under a purchase contract with Gazprom that runs until 2030.

Moscow has demanded that foreign buyers pay for their gas in roubles — a condition that most EU countries have refused to meet — and threatened to cut off supplies if they do not.

Nipper said that Orsted has “no intention” to pay for its gas in roubles.

“We are sticking to the contractual terms that we have,” he said, adding that the company was in dialogue with the European Commission about how to handle the situation.

“We really don’t want to deal with Gazprom, we would clearly rather not. But we need to make sure that whatever we do, does not send more money toward Russia,” said Nipper.

Amid Europe’s growing energy security concerns, the region is accelerating its push toward renewable power such as wind and solar.

Nipper called for governments to speed up the permitting process so that clean energy projects can be built more quickly. However, he acknowledged that because of the construction time required, wind power could not help to address the situation in the short term.

“Converting an energy system, is not something that can happen in 12 or 24 months,” said Nipper. “But we are in a hurry, we need to do everything we can to speed up that conversion.”