Politics is the barrier to tackling climate change 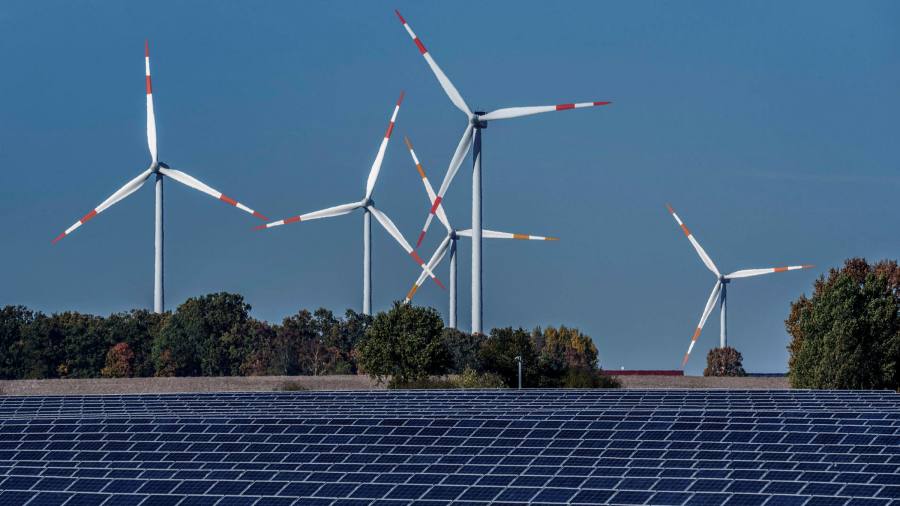 Stop burning fossil fuels. Sell more electric cars. Make buildings greener. Save more forests. The world is already awash in scientific advice on how to address the widening risks of global warming. Yet this week’s report from the UN’s Intergovernmental Panel on Climate Change is different. At nearly 3,000 pages, it is the most comprehensive analysis of what can be done to ward off dangerous levels of warming since the Paris climate accord was agreed in 2015. It will help to shape climate policy debates for years to come.

Its message is both stark and compelling. The window for limiting global warming to 1.5C is closing fast. Global emissions should ideally peak within just three years. Greener lifestyles can help, but more sweeping structural changes are needed. Gas, oil and especially coal use must fall steeply.

The good news is that a lot of what is needed is under way. The study shows prices of green alternatives to fossil fuels have not merely dipped, but plunged. Between 2010 and 2019, solar power and lithium ion battery costs fell by 85 per cent, while wind energy dropped by 55 per cent. Solar panels and wind turbines can now compete with fossil-fuelled power generation in many places and the deployment of green technologies has ballooned.

Some of this growth is due to an impressive expansion of climate policies and laws since the last big IPCC assessment was finalised in 2014. This in turn has led to the avoidance of emissions and pumped up investment in low-carbon infrastructure.

At least 18 countries have reduced their emissions for more than a decade, sometimes by 4 per cent a year, a rate in line with what is needed globally to keep temperatures at safer levels. If all countries acted to limit warming to 2C or less, the authors say global GDP would be just a few percentage points lower by 2050. And that calculation does not take account of the economic benefits of avoiding climate damage and lowering the cost of adapting to higher temperatures.

Most encouragingly, the growth in greenhouse gas emissions has slowed, from an annual average of 2.1 per cent at the start of this century to 1.3 per cent between 2010 and 2019. Yet this is not nearly enough. Progress in some countries has been outweighed by soaring emissions elsewhere. Climate finance for poorer countries is lacking. For all the vows of action, the authors say the world is on track for a catastrophic 3.2C of warming by the end of the century — more than double the 1.5C limit agreed in the Paris accord.

To have a chance of meeting that 1.5C goal, emissions need to peak by 2025 at the latest and fall by an unprecedented 43 per cent by 2030. Even then, the report says it is “almost inevitable” that the 1.5C threshold will be exceeded, at least temporarily — a sobering prospect given the weather extremes that have occurred at just 1.1C of warming.

The scale of change needed is colossal. Aiming for 1.5C requires coal use to drop by 95 per cent, oil by 60 per cent and gas by 45 per cent by 2050. These goals look even harder to reach at a time of high inflation, though the war in Ukraine might conceivably speed up a green transition as western markets cut off Russian fossil fuels.

The science of climate change is now well understood, as are the technical solutions. The larger problem is politics, as the IPCC itself showed. Its report was held up by wrangling among the 195 countries approving it, some of which depend heavily on fossil fuels or lack the resources to build a greener economy. After more than a century of unsustainable energy and land use, the world has begun to turn. New ways of shifting even faster must now be found.

Video: Can we stop wind turbine blades ending up in landfill? | FT Rethink