The key points from the COP27 draft text 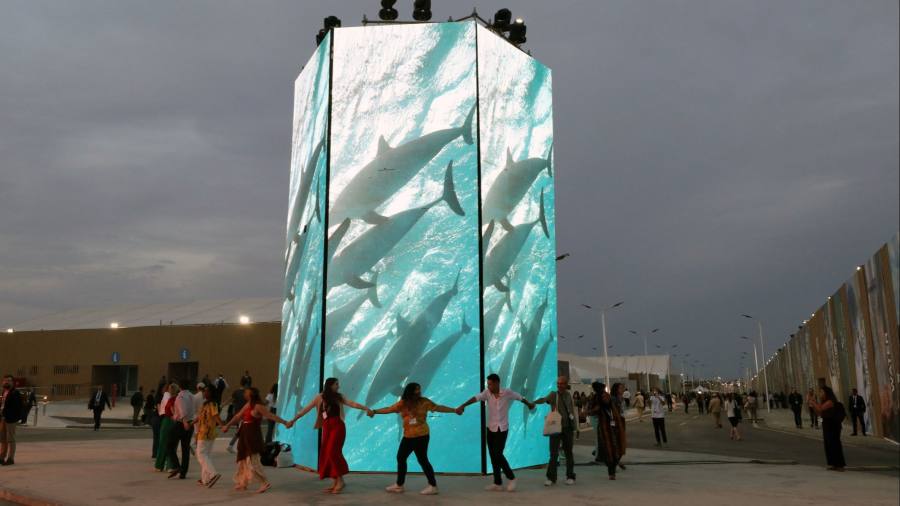 If you’re at COP27 and feeling in need of a good lie-down, you’re in good company. Amid the hectic clamour of this year’s conference, an oasis of relative calm has been a small area where attendees can rest on rugs and cushions on the floor. Among those taking advantage this week has been US climate envoy John Kerry, who shook off protocol to take a brief siesta amid increasingly intense negotiations.

Kerry’s punishing work schedule, at the age of 78, has drawn admiration from many in the climate space. But others have a resolutely unsentimental stance on the pace of climate action by the US and other developed countries.

German climate activist Luisa Neuberger has been among the most prominent of those critics this week, ambushing both Kerry and European Commission vice-president Frans Timmermans and pushing them for greater ambition on climate action. Eleven-year-old Indian campaigner Licypriya Kangujam also made a splash, grilling UK environment minister Zac Goldsmith on the country’s detention of climate activists.

This sort of robust debate has been one of the most compelling elements of COP27. But at its core, the event is about intergovernmental negotiations, and the decisions that come from them. Those negotiations look likely to continue into the weekend — but a draft agreement, published this morning, gives a sense of where we are heading.

You’ll find below an analysis of the most important points in that draft. And we’ll be back in your inbox on Monday, with a detailed breakdown of the final text. (Simon Mundy)

The situation at COP27 has been evolving rapidly over the past 18 hours. Early this morning, after late-night discussions, the COP presidency published a 10-page early draft of a “cover decision” that it hopes to adopt with unanimous support later today or over the weekend.

There are some important new elements in the text — and some big gaps that still need to be filled. Here are the key things you need to know:

The way forward on loss and damage remains unclear

The draft explicitly highlights “the need for effective funding arrangements related to responding to loss and damage”, and says this is crucial to the continued “credibility and relevance” of the UN climate process. But section 42, which would set out a plan for this funding arrangement, remains blank pending further negotiations.

A major development on this front came this morning, when European Commission vice-president Frans Timmermans said the EU would support a dedicated loss and damage facility with a “broad” donor base.

(Our primer on the loss and damage finance debate is here.)

Russia’s invasion of Ukraine must not derail progress

Without explicitly mentioning Russia or Ukraine, the draft recognises that the “global energy crisis” is threatening energy security. But rather than accepting a slowing of pace in the energy transition, it says that the crisis has underlined “the need to accelerate clean and just transitions to renewable energy”, and “the importance of avoiding backsliding on pledges related to action and support”.

Last year, COP26 president Alok Sharma was reduced to the verge of tears by a late decision to call for a “phase-down” of unabated coal power, rather than a “phase-out”. Confusingly, both terms appear at various points in this text. A call for a “phase-out” would be a major development, and the inclusion of this term in the draft text may have been a simple error by an overworked official.

India’s call for a “phase-down” of all fossil fuels, not just coal, does not appear in the draft. But some observers think it might still have a chance of making it into the final text.

1.5 is not dead (not officially, anyway)

There had been speculation that the text might drop the official goal of limiting global warming to 1.5°C above the pre-industrial level — something that is now widely seen as a forlorn hope. The draft text “reaffirms the resolution to pursue efforts to limit the temperature increase to 1.5°C”.

Language on fossil fuel subsidies has been softened

Astonishingly, the cover decision at last year’s COP26 was the first to mention fossil fuels explicitly, calling for the “phase-out of inefficient fossil fuel subsidies”.

This year’s draft text would soften that language to give governments more flexibility. It would call on them to “phase out and rationalise inefficient fossil fuel subsidies” (my italics).

We’ve been writing on the rising calls for the World Bank and other MDBs to overhaul their approach to climate finance. The draft text includes some notably tough language on this issue.

It calls on MDBs “to reform their practices and priorities”, and to “significantly increase climate ambition using the breadth of their policy and financial instruments for greater results”.

The draft says that annual investment in renewable energy needs to rise to $4tn by 2030, and that an aggregate $5.6tn in additional funding will be needed this decade to enable developing countries to meet their climate-related goals.

There are still gaps in the text where it mentions targets for a new global goal on climate finance, and new funding arrangements for the Green Climate Fund and other multilateral finance bodies.

The draft expresses “grave concern” — up from “deep regret” in the COP26 closing text — about rich countries’ continued failure to deliver a promised $100bn a year in climate-related assistance. (Simon Mundy)

Quote of the day

“World leaders descended on this venue [last week] and expressed unequivocal support to the global efforts to tackle climate change — this political will needs to find its way fully to the negotiating rooms.” Sameh Shoukry, president of COP27.

Shoukry, who is also Egypt’s foreign minister warned national delegates yesterday about the lack of progress in Sharm el-Sheikh.

The Republican antipathy for environmental, social and governance investing will only grow louder now that the party has secured control of the House of Representatives.

But new data from Morningstar show that the number ESG investing funds has continued to grow this year.

In the first nine months of 2022, 180 new climate-themed funds had launched around the world, Morningstar said. Most of the growth — at least 100 of the 180 funds — have switched mandates to adopt a climate-focused strategy or added Paris-aligned emissions reductions targets, Morningstar said.

The repurposed funds are predominantly European, underscoring how the EU’s Sustainable Finance Disclosure Regulation has upended the asset management industry. Starting next year, the SFDR will require funds to disclose specific information about how they reduce the possible negative effects of their investments.

And China remained the world’s second-largest market for climate funds after Europe after overtaking the US last year, Morningstar said.

However, macroeconomic stresses this year from rising interest rates and Russia’s invasion of Ukraine have hurt ESG funds. Assets in climate funds have dropped 10 per cent during the first nine months of this year to $368bn.

Still, Europe has remained resilient. Assets in euros actually rose 7.6 per cent to €309bn, Morningstar said. The data support research from Bank of America earlier this month saying that European ESG equity funds experienced $1.1bn in net inflows in the third quarter versus $35bn in outflows for non-ESG funds.

Despite all of Europe’s challenges heading into 2023, the bloc remains a source of strength for ESG investing. (Patrick Temple-West)

Money is pouring into graphite plants, cobalt refineries and battery gigafactories in the US, write FT reporters Harry Dempsey and Myles McCormick. The Inflation Reduction Act is filtering through to the battery supply chain in a big way.