Amazon inks deals to send its internet satellites into space 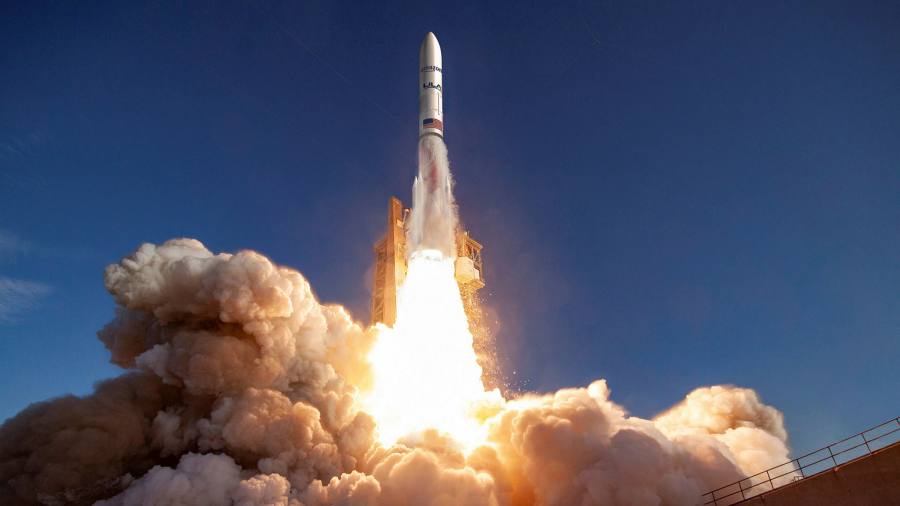 Amazon has secured deals to launch up to 83 rockets carrying its internet satellites into low earth orbit, in what is believed to be the largest such procurement in the history of the space industry.

The agreements with Arianespace, the United Launch Alliance (ULA) and Jeff Bezos’s Blue Origin will be sufficient to launch the majority of its initial constellation of 3,236 satellites, Amazon said.

They will provide the backbone to Project Kuiper, Amazon’s high-speed broadband network aimed at consumers, business, government agencies and others. It seeks to compete with Elon Musk’s Starlink, which has launched more than 2,000 satellites and boasts download speeds of up to 200 megabits per second.

Amazon did not disclose any specific financial details of the agreements, nor a timeline for launches, but said it was “investing billions of dollars across the three contracts”. One Amazon executive told the Financial Times that the company would invest “no less than $10bn” in the total constellation.

Project Kuiper has a deadline from the US communications regulator to have at least half of its satellites in low earth orbit by July 2026. Two prototype missions are set to launch later this year with a different provider, ABL Space Systems.

“This is by far the most important contract ever allocated for launchers,” said Stéphane Israël, chief executive of Arianespace, the European launch provider jointly owned by Airbus and Safran, which is providing 18 rockets over three years to Project Kuiper.

“It shows the determination of Amazon to go on at full speed with the Kuiper project. To commit to 83 launchers is absolutely amazing.”

Israël declined to reveal the value of the contract, but said it was certainly the largest commercial deal his company had struck, representing more than twice the capacity of its previous biggest commercial contract.

Arianespace launched 15 successful missions last year on its Ariane 5 rocket, including Nasa’s James Webb Space Telescope. The deal with Amazon is a big win for the French company’s newest rocket, the Ariane 6, which will make its maiden flight at the end of the year.

Israël said that on the back of the Amazon contract Arianespace would consider increasing the cadence of Ariane 6 launches. “Signing for 18 launches is like signing 36 contracts in a single day,” he said.

The business model for Ariane 6 had been based on 11 launches a year, he said. There could now be a case for 15 a year from 2025 to tap into booming demand for launch services, he added: “We see there is now a rush to space and huge demand for very ambitious projects.”

The deal with ULA, a joint venture between Lockheed Martin and Boeing, is the largest signed with Amazon. It committed to 38 launches on Vulcan Centaur, its newest heavy-lift launch vehicle. The agreement also includes investments in on-the-ground infrastructure at Cape Canaveral. Amazon had previously commissioned nine launches using ULA’s Atlas rocket.

Blue Origin, the space company founded and backed financially by Jeff Bezos, has secured 12 Project Kuiper launches on its rocket, New Glenn, with options for up to 15 more. New Glenn, which had been first scheduled to launch in 2020, has been repeatedly delayed, and its first launch will not take place until 2023 at the earliest.

Amazon would not comment on whether the close relationship between Amazon and its founder and board chair Jeff Bezos had a bearing on its decision to work with Blue Origin, despite the delayed timetable.

“Securing launch capacity from multiple providers has been a key part of our strategy from day one,” said Rajeev Badyal, vice-president of technology for Project Kuiper. “This approach reduces risk associated with launch vehicle stand-downs and supports competitive long-term pricing for Amazon, producing cost savings that we can pass on to our customers.”

“These large, heavy-lift rockets also mean we can deploy more of our constellation with fewer launches, helping simplify our launch and deployment schedule,” he added.

Amazon said it now had more than 1,000 employees working on Project Kuiper, mostly in engineering and development. The programme, which will focus on providing internet to underserved communities, requires the development of a low-cost antenna to receive a signal.