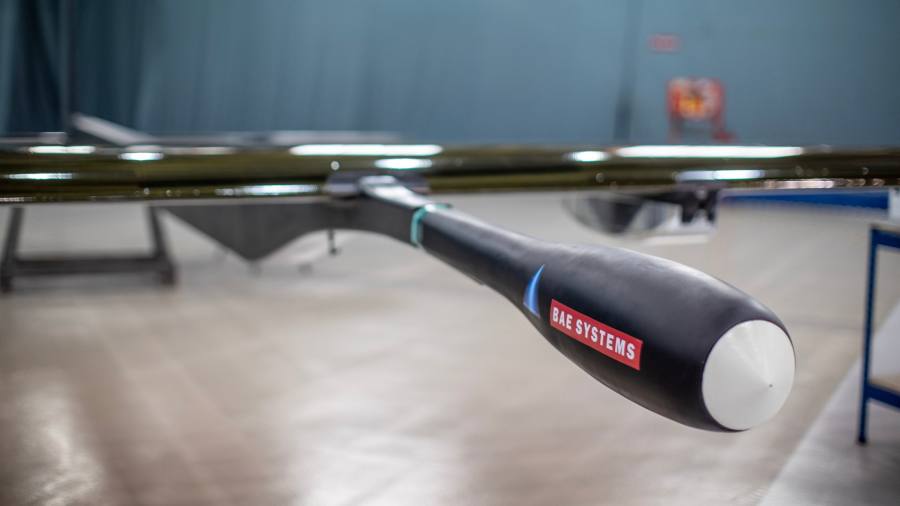 The war in Ukraine has brought tragic loss of life. It has also usefully proved two propositions that support big arms companies such as BAE Systems of the UK. First, superpower stand-offs and proxy conflicts have merely been in abeyance since the end of the last cold war. Second, conventional warfare has not been superseded by insurgencies and cyber hostilities.

The improved outlook for the UK’s defence champion was reflected this week in a trading update and a contract award. The UK government has commissioned the company to build five Type 26 warships for the Royal Navy at a cost of £4.2bn.

BAE shares have risen about a third this year, outrunning both the FTSE All-Share index and most European defence stocks. They are up about 150 per cent over 10 years. Orders of some £10bn since June, after £18bn in the first half, confirm underlying momentum.

Trading on a forward price/earnings ratio of almost 13, BAE looks pricey compared with just over 8 times for UK counterpart Babcock. But BAE is the UK’s main prime contractor for weapons systems. Its price is not excessive compared with rivals elsewhere. The MSCI Europe aerospace and defence index trades on more than 20 times. Moreover, BAE should benefit from non-cyclical earnings as economies slow.

The UK accounted for only about a quarter of BAE’s sales in the first half of this year. In the US, which accounted for almost half of sales, political support for increased defence spending should help the business. The dollar’s strength has given a tailwind to earnings. The company expects underlying earnings per share to rise 11-13 per cent for the full year.

But Europe’s biggest defence contractor should see demand sustained beyond the war in Ukraine. An economic downturn on both sides of the Atlantic will be no more than a temporary brake. With the divide between east and west widening by the day, expect arms companies to prosper.

Our popular newsletter for premium subscribers is published twice-weekly. On Wednesday we analyse a hot topic from a world financial centre. On Friday we dissect the week’s big themes. Please sign up here.