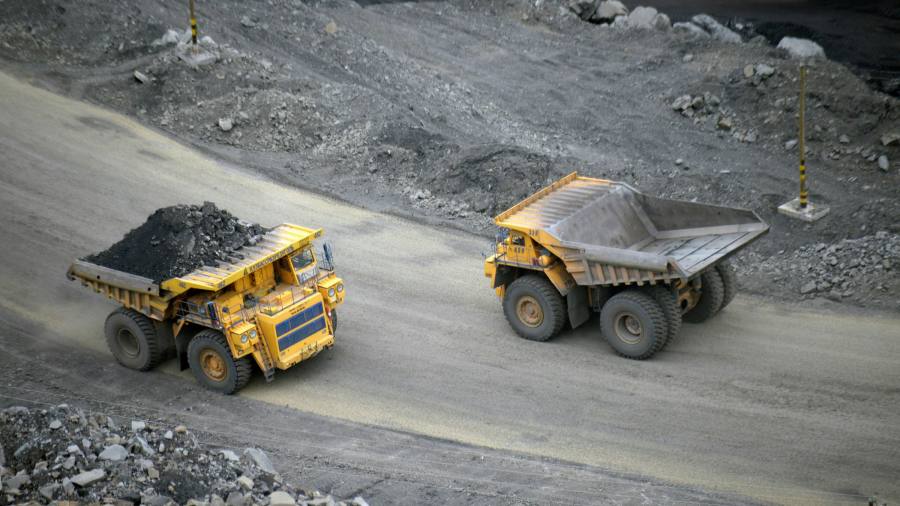 Brussels said it was ready to launch a new package of sanctions on Russia that will include a ban on coal imports from the country, a block on transactions with four of its lenders and the closure of its ports to Russian vessels.

Ursula von der Leyen, the European Commission president, said she would also propose to ban Russian and Belarusian road transport operators from the EU. “This ban will drastically limit the options for the Russian industry to obtain key goods,” she added.

The new penalties will be discussed by EU ambassadors on Wednesday with a view to obtaining a unanimous agreement among the 27 member states.

Russia is a big supplier of thermal coal to the EU, accounting for 70 per cent, or 36mn tonnes, of the bloc’s imports last year, according to Eurostat.

Pressure for the new sanctions has increased following claims that Russian forces committed atrocities against civilians around Kyiv, the Ukrainian capital. Russia has dismissed the claims as fabrications.

Addressing the UN Security Council on Tuesday, Volodymyr Zelensky, Ukraine’s president, called for Russian leaders to be “brought to justice” for committing war crimes in his country as he blasted the UN for failing to prevent the conflict.

Von der Leyen said the new EU penalties would include a “full transaction ban” on four Russian banks including VTB, adding that these would now be “totally cut off from the markets”.

The impact on VTB will, however, be limited as it is already in the process of winding down its European operations and closing its London and Frankfurt offices.

Brussels is not targeting Gazprombank, the lender affiliated with Kremlin-controlled energy supplier Gazprom, which plays a crucial role in processing importers’ payments for Russian gas and oil.

Among the other measures in the sanctions package — the EU’s fifth since Russia’s invasion of Ukraine on February 24 — are targeted export bans worth €10bn in areas including quantum computers and advanced semiconductors. There will also be specific new bans, worth €5.5bn, on products including wood, cement, seafood and liquor.

The package follows growing calls for the EU to directly target the Russian energy sector, given its contribution to the country’s economy and public revenues.

Among the ideas that are also under discussion are restrictions on oil imports, although these are not expected to be included in this week’s sanctions package.

The majority of Russian exports to the EU are hydrocarbons, Valdis Dombrovskis, commission executive vice-president, said following a meeting of EU finance ministers in Luxembourg on Tuesday.

“If we really want to affect Russia’s economy, that is where we need to look, and that is exactly what is subject to discussions concerning this fifth package,” he added.

Bruno Le Maire, the finance minister of France, which holds the EU rotating presidency, confirmed that member states were ready to include the broader energy sector in sanctions under a timeline that is yet to be set out.

“Facing Russian aggression we have to be more unified than ever — and all member states reiterated their willingness to expand import restrictions and step up efforts against Russia, and we discussed extending the list of individuals under sanction and companies as well,” he said.

Work on a possible oil ban includes examining a phasing out of imports coupled with a release of strategic oil reserves.

Other options could include imposing tariffs on Russian oil or channelling some payments into an escrow account to be used to help pay for Ukrainian reconstruction.

VTB, Russia’s second-biggest lender, had already been placed under sanctions by the US, kicked off the Swift global payments messaging system and had its assets frozen in the UK.

The three other banks that are being proposed for a transaction ban in the sanctions package are Sovcombank, Novikombank and Otkritie FC Bank, according to people familiar with the discussion.