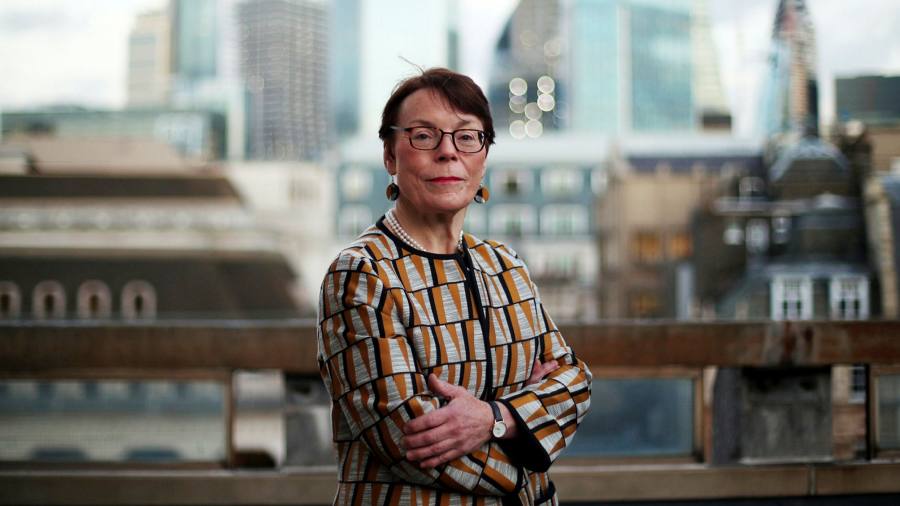 The City of London’s top official has called on the UK and EU to sign a regulatory co-operation agreement on financial services, as she warned British companies that hopes of ambitious arrangements on market access to the bloc had been dashed.

Catherine McGuinness, head of the City of London Corporation’s policy and resources committee, told the Financial Times it was important for the UK and EU to finalise a memorandum of understanding on regulatory co-operation.

As the senior policymaker on the Square Mile’s local authority, McGuinness also called on the British government to allow more overseas workers to come to the City, and raised concern that its “levelling up” agenda to boost left behind areas could harm the UK capital.

Boris Johnson admitted at the time the UK and EU finalised their post-Brexit trade deal in late 2020 that it fell short of what he wanted for British financial services companies.

UK companies were hoping to secure a high level of market access through the EU deeming that British regulation of the industry was equivalent to rules applied in the bloc, but Brussels has largely declined to proceed on this basis amid strained post-Brexit relations between the two sides.

The EU and UK have also not signed a memorandum of understanding about a “financial regulatory forum” to discuss rulemaking for the sector, which the two sides agreed in principle last year.

McGuinness, who comes to the end of her five years as chair of the Square Mile’s policy and resources committee next month, called on the UK and EU to put the memorandum in place.

“What is really important is that we keep talking, we keep co-operating,” she said. “We would love to see us formally activate the co-operation arrangement for regulators.”

Since Brexit, Brussels has only made one decision in which it has said UK regulation is equivalent to EU rules, in a move that means the bloc’s banks can continue to use UK clearing houses until 2025.

British financial services companies were hoping for similar equivalence rulings by Brussels covering other areas of activity, but none have been forthcoming amid tensions between the two sides, notably over Northern Ireland’s post Brexit trading relations.

McGuinness urged the City to move on, saying “equivalence is a ship that has sailed”.

But she also said Brexit was no longer an “existential threat” to the City, adding: “Of course we’ve lost business. Of course it’s still causing ongoing issues for firms as they navigate exactly how to structure their businesses.

“But fewer jobs have moved than we originally predicted [and] we are hopefully moving through the worst of the tense relationships that we had with our EU partners and I hope that we can start moving on to a more positive footing with them individually and collectively.”

John Glen, economic secretary to the Treasury and City minister, on Tuesday agreed with estimates by accounting firm EY that about 7,000 jobs have moved from the Square Mile to the EU since Brexit.

Initial EY estimates had put the job moves much higher: at 12,500 in 2016, at the time of the Brexit referendum.

Meanwhile, McGuinness said the government needed to look at immigration given the need for skilled workers in the City as rival overseas financial centres fought to take business away from the UK.

“I think we need to look really carefully at ensuring that our firms continue to have access to the best international as well as domestic talent and ensure that our immigration system allows that,” she added.

McGuinness also warned the government not to forget about London when considering policies to level up other parts of the country.

She said there was a “very real risk” the UK capital would be overlooked by ministers. “I really remind them that if you cut down London, that doesn’t benefit the rest of the country automatically. It might damage it.”

The City is working through the repercussions of the coronavirus pandemic, which forced many companies in the Square Mile to send workers home during lockdowns, and in turn hit small businesses such as pubs and shops that rely on commuters.

McGuinness said local businesses must adjust to changing circumstances, given many employees in the financial and professional services industries were engaging in hybrid working, and spending two or three days a week in the office.

“It’s too early to say what the long term pattern of work will be like,” she added. “I suspect this will leave us with a different pattern. If you’ve got only 80 per cent of the people coming in, that is a change in the pattern of demand. Businesses will need to adapt.”

But McGuinness highlighted new planning applications being submitted by developers for City buildings, which she suggested indicated that demand remained strong for offices in the Square Mile.

“Everybody’s committed to their central office space, but they may plan to use that in a different way,” she said.

“We need to make sure we provide the right sort of office space. People are telling us that they have different requirements, more collaboration, space, more flexibility, and more and more access to the outdoors.”

Chris Hayward, deputy chair of the policy and resources committee, is seen as the most likely successor to McGuinness.

She said that her tenure had been largely about “building or rebuilding relationships in the aftermath of the Brexit referendum, and looking at the new shape for relationships with the rest of the world”.