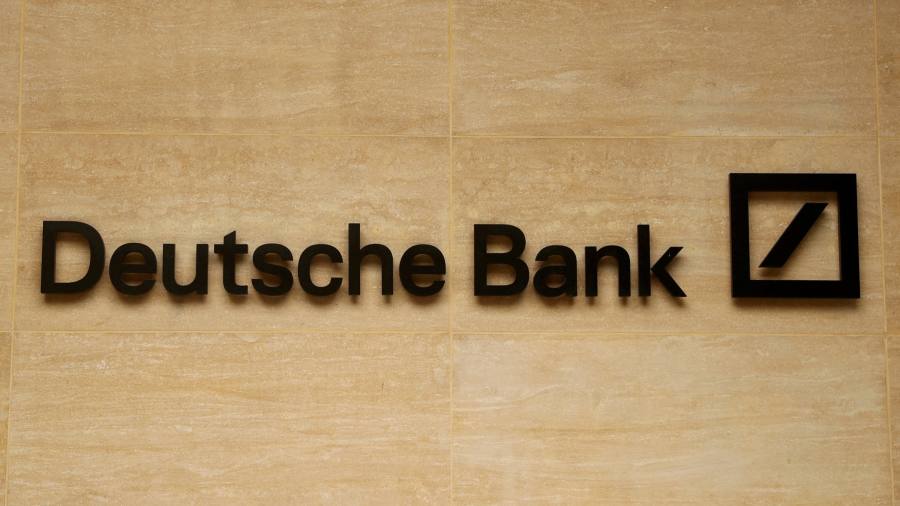 A former Deutsche Bank trader whose conviction over the alleged rigging of the Libor interbank lending rate was overturned by a US appeals court has sued the German lender for $150mn, accusing it of deliberately framing him for the crimes of others.

Matthew Connolly had been found guilty of fraud in 2018 in one of several high-profile cases brought by the US government over the Libor scandal that roiled the banking sector and forced some of the world’s largest financial institutions to pay billions of dollars in fines.

But he and Deutsche Bank colleague Gavin Black had their convictions quashed on appeal in January, in a ruling that concluded “the government failed to show that any of the trader-influenced submissions were false, fraudulent, or misleading”.

In a suit filed in the Southern District Court of New York on Thursday, Connolly alleges that senior executives at the German group set him up as a “perfect fall guy” and that the lender provided false information to the Department of Justice to shield its higher ranks.

Deutsche Bank convinced the government to “pursue, indict, scapegoat and prosecute Connolly”, who had not been employed by the lender for eight years prior to his indictment and “had virtually nothing to do with Libor”, wrote lawyers for the former head of the lender’s New York derivatives trading desk.

“I’m always uncomfortable when I’m asked in any context — it usually happens in the drug context — to sentence the low man on the totem pole while the big guy goes free,” McMahon had said while handing down a sentence to Connolly of six months in home confinement and a $100,000 fine.

Further remarks by McMahon were used by Connolly’s lawyers to argue that “the government outsourced the important developmental stage of its investigation to Deutsche Bank”, which had hired law firm Paul, Weiss, Rifkind, Wharton & Garrison to conduct an internal probe in the wake of the Libor allegations.

That investigation led to a $2.5bn settlement in which “no member of Deutsche Bank’s protected class of senior management was fined, prosecuted or deregistered”, even though their “role in the alleged Libor-rigging scheme was well known to the government”, the lawyers for Connolly allege.

Connolly’s suit comes just a few weeks after a New York court threw out the criminal charges brought against former UBS and Citi trader Tom Hayes, along with another former trader, Roger Darin. British-born Hayes had already served a five-year prison sentence following a Libor conviction in the UK.

A fixture in global financial plumbing for almost half a century, Libor is in the process of being phased out and is largely being replaced with an alternative mechanism that is considered harder to manipulate.

Deutsche Bank and the Department of Justice did not immediately respond to emailed requests for comment.