FedEx founder Fred Smith steps aside as CEO after 50 years 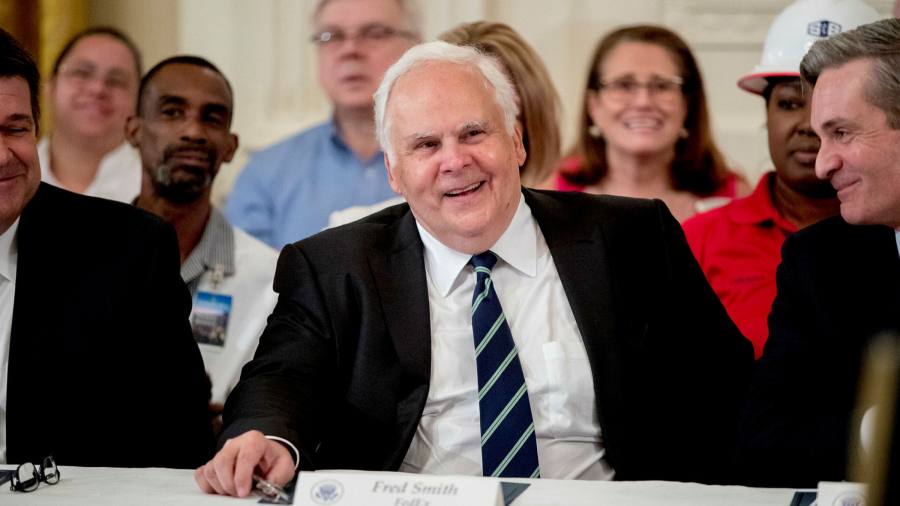 Fred Smith was an undergraduate at Yale in 1965 when he first floated the notion of a hub-and-spoke delivery network, using a dedicated fleet of jets flying at night to keep pace with the needs of technology-driven businesses for time-sensitive shipments.

The economics paper that sowed the seed for Federal Express reputedly earned him a mediocre grade. Yet by Monday, when Smith announced that Raj Subramaniam will succeed him as chief executive, FedEx had become a global logistics giant, with $84bn in annual revenue, 600,000 employees and a $60bn market capitalisation.

Smith, who plans to remain as executive chair, is now worth more than $5bn, by Forbes’ estimates, and has established himself one of corporate America’s longest-serving and most politically connected executives.

The concept that Smith’s Yale professor had found interesting albeit unfeasible took form one night in April 1973, as 14 Dassault Falcon 20 jets flew out from Memphis International Airport with just 186 packages between them.

Painted purple, orange and white, the first two planes were named after Smith’s daughters. The Tennessee city from which they flew was a convenient hub to reach the entire US, with the kind of favourable weather that would rarely ground small aircraft.

Mississippi-born Smith, then only 29, had served two tours in Vietnam by then, earning two Purple Hearts, a Bronze Star and a Silver Star for his valour under fire. The standard operating procedures he had learned in the Marines became leadership tenets at FedEx. Like non-commissioned officers, he later explained, managers needed to set an example for the people under them, and give praise for a job well done.

“The leadership that’s taught by the military is the best, and it is the best for a very simple reason,” he told a Yale audience in 2007: “In all organisations, what you’re really talking about is how you withdraw discretionary effort from people around organisational goals.”

Despite Smith’s leadership and conviction, FedEx lost money for its first two years in operation, with the funds in its checking account falling to about $5,000 by one Friday in July 1975. By the following Monday, however, the bank balance had rebounded to nearly $32,000, one of his executives later revealed in a memoir: Smith had flown to Las Vegas and won $27,000 at blackjack.

Luck was only part of the FedEx story, as it became the first US company to hit $1bn in revenues in its first decade without mergers or acquisitions, then expanded into trucking and internationally.

Smith told an American Enterprise Institute interviewer in 2004 that the company had done three important things: empower technology-based businesses to sell on a national basis, develop a track-and-trace system that let businesses manage inventory with the same certainty as if it were in a warehouse, and champion air cargo deregulation to bring down logistics costs from 16 per cent of GDP in 1980 to below 10 per cent 24 years later.

As FedEx’s growth became more dependent on international markets, particularly after it entered China in 1995, Smith became a passionate advocate for global markets and free trade, at a time when confidence in globalisation was fading and Democrats and Republicans were becoming more protectionist.

At Yale, Smith had been in the same fraternity as George W Bush, who went on to become president of the US in 2000, and a close friend of John Kerry, the Democrat who lost the 2004 election to Bush. Politically, though, he was much closer to Bush, he admitted at the time. Thirteen years later, he also lauded the corporate tax cuts that were passed by a Republican Congress in 2017.

Smith’s successor, Subramaniam, who had been chief operating officer and has spent more than 30 years with FedEx, will become chief executive of a company that earlier this month reported a 32 per cent year-on-year jump in quarterly operating income and predicted “strong” earnings growth for the current quarter.

But FedEx has also found its 2016 acquisition of TNT Express, the Dutch delivery company, costlier than expected. It is trading at a discount to arch-rival UPS, which has a market value of $191bn.

Subramaniam was “an accomplished and proven leader” who had the full support of the board, said David Steiner, FedEx’s lead independent director. Smith, he added, had “disrupted conventional thinking and created an industry”.

In a statement, Smith said: “FedEx has changed the world by connecting people and possibilities for the last 50 years. As we look toward what’s next, I have a great sense of satisfaction that a leader of the calibre of Raj Subramaniam will take FedEx into a very successful future.”

As executive chair, he added, he would be focusing his time on board governance, as well as sustainability, innovation, public policy and other “issues of global importance”. 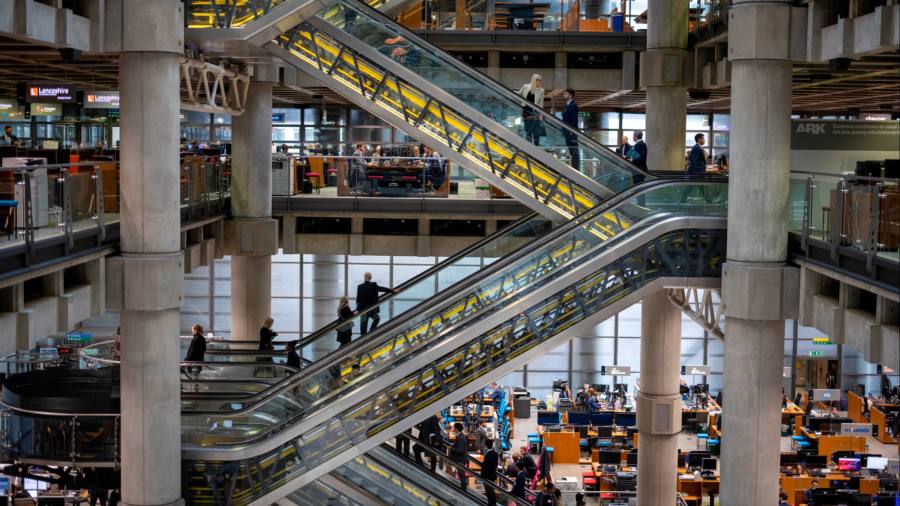