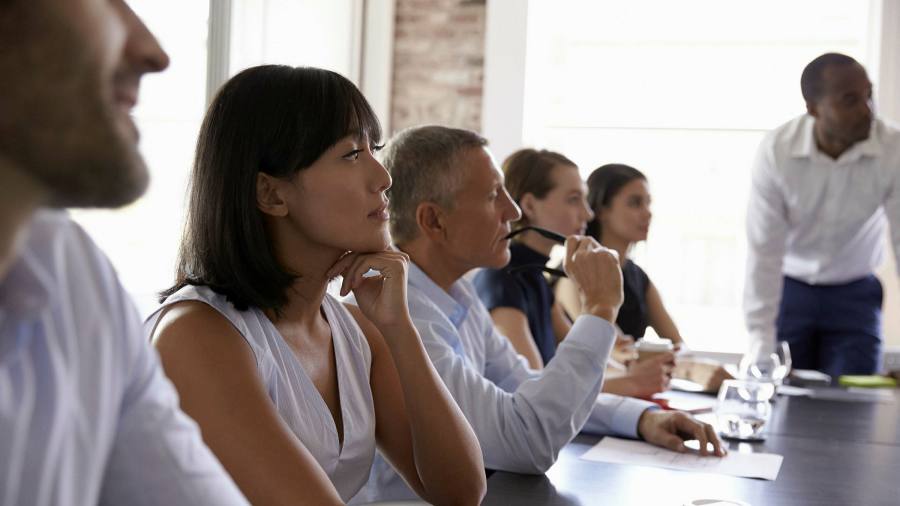 UK listed companies have been told by the country’s financial watchdog that women should hold at least 40 per cent of board seats in a fresh push to ensure diversity in senior executive positions.

The Financial Conduct Authority on Tuesday published long-awaited rules to boost representation across companies listed in London. These comprise targets to increase the number of women in boardroom roles, including in senior positions such as chief executive or finance director, and ensuring boards have at least one ethnic minority member.

The FCA has stopped short of setting mandatory quotas, but instead has asked companies to either comply or explain why they could not reach the targets.

Listed companies have been told to disclose in annual financial reports a standardised numerical table on the diversity of their board and executive management by gender and ethnicity.

While many larger companies in the FTSE 100 have already met previous rules set by the FCA, the new policy is expected to add pressure on smaller groups in the FTSE 250 that are lagging efforts to introduce greater diversity.

More than 72 FTSE 350 companies last year fell short of previous government-backed targets for women to hold a third of board positions, according to data from the FTSE Women Leaders Review set up to increase gender parity at the senior level.

Sarah Pritchard, FCA executive director of markets, said: “As investors pay increasing attention to diversity at the top of the companies they invest in, enhancing transparency at board and executive management level will help hold companies to account and drive further progress.”

Women held fewer than a third of FTSE 350 leadership roles in 2021, with just 18 female chief executives and 49 female finance directors across the FTSE 350.

The FCA will review the policy in three years’ time to assess its impact. The rules will apply to accounting periods starting on or after April 1 2022, which means that new disclosures will start to appear in annual financial reports from the second quarter of 2023.

The watchdog’s targets are in line with those set out by the government-backed FTSE Women Leaders Review, which has taken over setting voluntary recommendations for FTSE 350 companies from the Hampton Alexander Review.

The FCA has been consulting on the rules since last summer. It said that most companies had been supportive of the policy but had some concerns over data privacy.

The watchdog has changed a previous proposal that would have defined female representation as those identifying as female, rather than by sex at birth. Responses raised concerns about unintended consequences and argued the policy approach would not be consistent with equalities legislation.

Some responses warned that targets based on self-identified gender could also lead to more men by sex on boards to the extent that they identify as women, compromising the data by aggregating trans women and biological women and so preventing analysis on either group, and allowing men to “game the targets”.

The FCA has said it is up to companies to decide whether to report either on the basis of sex or gender identity.