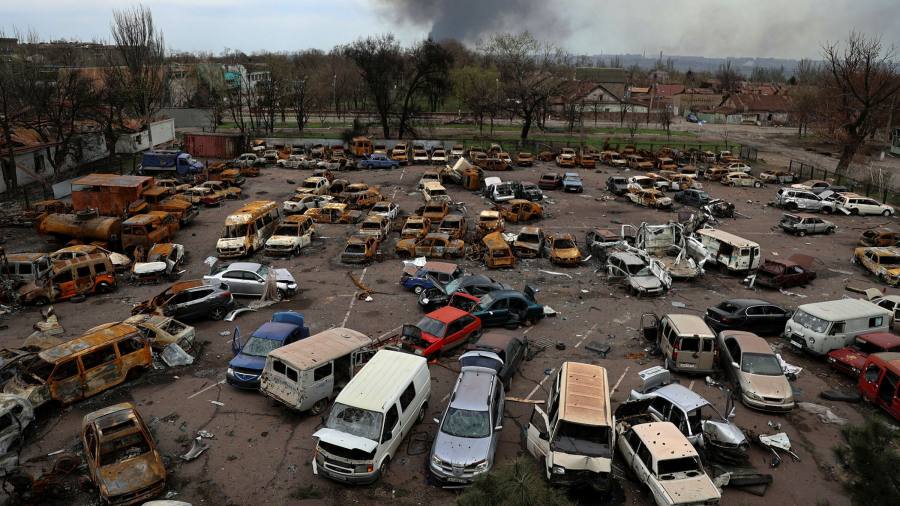 Zelensky said in a late-night TV address on Monday that Russia had concentrated a “significant part” of its forces in the region and vowed that Ukraine would defend itself. “We will fight. We won’t give up anything Ukrainian,” he added.

Russia withdrew from several regions in central Ukraine in late March after failing to take Kyiv and said it would refocus its efforts on the Donbas, where it claims it is protecting Russian speakers in an eight-year separatist conflict.

He said Ukrainian forces had surrendered two small towns but otherwise managed to hold their ground.

Though Russian president Vladimir Putin has said “liberating” the Donbas is Moscow’s main goal, Ukrainian officials are worried the new offensive could precede more attacks to capture territory in the rest of the country.

Thanks for reading FirstFT Europe/Africa. — George

1. Asda’s private equity co-owner’s windfall Marylebone-based fund TDR Capital has valued its stake in the UK grocer at almost 20 times the amount it paid last year, an exceptional paper return enabled by the extensive financial engineering used in the takeover.

2. US bond yields near milestone US inflation-adjusted bond yields are on the brink of turning positive for the first time since March 2020, heaping more pressure on riskier corners of financial markets. So-called 10-year real yields have soared more than 1 percentage point since early March.

3. Gold rises to highest level in a month Gold prices climbed and US stocks slipped on Monday as worries over a weakening global economy were heightened by signs that coronavirus lockdowns had clouded the outlook for growth in China.

4. UK civil servants are desk bound UK government ministers have been told to increase pressure on the country’s civil servants to return to the offices, as the revolution in Whitehall’s post-Covid working patterns in the era of flexible working has become clear.

5. Marine Le Pen rejects reports of EU funds misuse French far-right presidential challenger Marine Le Pen has dismissed allegations that she misappropriated EU funds as “dirty tricks”, less than a week away from the final round of a tight election race against Emmanuel Macron.

Johnson faces UK parliament A defiant Boris Johnson will face MPs for the first time since being fined over the “partygate” affair. The UK prime minister will apologise but is expected to insist that he was not aware he was breaking his own Covid-19 lockdown rules.

IMF World Economic Outlook With inflation hitting a 40-year high in the US and a 30-year record in the UK this week, the IMF said its forecasts set to be released today would also show rapid price increases that are more persistent than previously thought.

Indonesia Policymakers at Bank Indonesia will meet and make their interest rate decision.

Join us for the FT’s Crypto and Digital Assets summit on April 26-27. Register today to be part of a critical conversation with the world’s global financial and corporate elite, as they carve out the path ahead for bridging traditional finance and the crypto leaders of tomorrow.

Dutch warehouses offer Brexit relief While the UK government launches a search for Brexit opportunities, one group has already discovered them: Dutch warehouse owners. British-based companies are flocking to the Netherlands as they struggle with disruptions.

Addressing serious issues at the SFO The UK government’s top law officer should have a better idea by the end of next month of the extent of the problems at the Serious Fraud Office that led to the quashing of two convictions in one of the agency’s biggest corruption cases.

Asian Americans take safety into their own hands Since the pandemic, anti-Asian hate in the US has escalated. Amanda Chu speaks to Asian Americans in New York, where the police department estimates that hate crimes against them jumped more than 360 per cent in 2021.

Patriots vs globalists It was France that gave the world the concepts of the left and right in politics, Gideon Rachman writes. Now it is France that is leading the way in the destruction of this divide and its replacement by a new politics, dominated by nationalists and internationalists.

US-China Tech Race: Shock and Awe In the latest episode of the Tech Tonic podcast, the FT’s US-China correspondent Demetri Sevastopulo tells the inside story of his scoop on China’s secret hypersonic weapon test and how it changed geopolitics.

Hard luxury drives the retail market because watches and jewellery tend to retain, or even increase, their value. Historically, clothing has been a poor investment, losing about 90 per cent of its value at the point of purchase. But a boom in online retail and changing attitudes towards pre-owned have given rise to vast online marketplaces for second-hand goods.

Inside Politics — Join us for analysis of the latest political news, plus polls and a dose of culture — by new columnist Stephen Bush. Sign up here

Working It — Discover what’s shaking up the world of work with Work & Careers editor Isabel Berwick. Sign up here