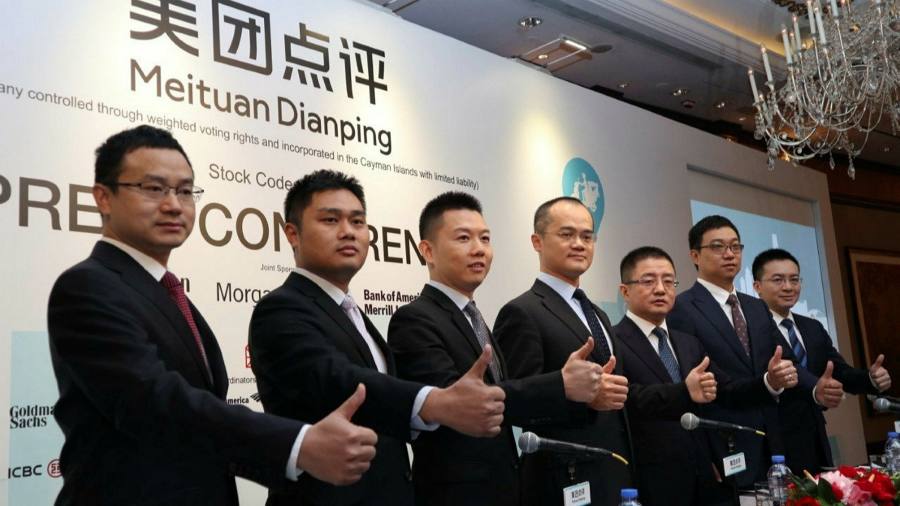 Xiaomi and Meituan may be world leaders when it comes to smartphones or online shopping, but China’s top companies are falling behind in a global movement to shake up all-male boardrooms.

Now, Hong Kong’s stock exchange is moving to change what critics deride as corporate China’s “boys’ club” by requiring that its more than 2,500 listed companies have at least one female board member by 2024.

But those planning to list on the bourse after July 1 must immediately comply with the new rules or their share sales will not get off the ground. The exchange accounts for about 80 per cent of mainland Chinese companies’ market capitalisation.

“There is definitely a gender imbalance on the corporate boards [of companies listed] in Hong Kong,” said Kalok Chan, head of the finance department at Chinese University of Hong Kong’s business school. “The proportion of women in senior management roles is relatively low, so it is difficult for them to gain related experience. As a result, there are fewer women in the boardroom.”

This article is from Nikkei Asia, a global publication with a uniquely Asian perspective on politics, the economy, business and international affairs. Our own correspondents and outside commentators from around the world share their views on Asia, while our Asia300 section provides in-depth coverage of 300 of the biggest and fastest-growing listed companies from 11 economies outside Japan.

Exchange data from last year showed that 18 per cent of companies listed in Hong Kong had no female directors. And women accounted for only about 15 per cent of board members among Hong Kong-listed companies, according to a database run by Hong Kong shareholder-rights activist David Webb. That translates into one of the lowest rates of female directors in Asia.

Hong Kong’s exchange added the modifications to its corporate governance code in January.

“Diversity helps improve how a company listens to customers and other stakeholders and understands their unique needs,” said Katherine Ng, managing director and head of policy for the exchange’s listing division. “[But] diversity is not limited to boards, and it is also important to achieve gender diversity across all levels within issuers.”

Female directors account for only about 13 per cent of board members in Chinese companies — well below figures of 45 per cent in France, 35 per cent in the UK and 28 per cent in the US. Singapore at 20 per cent and India at 17 per cent were also ahead, Credit Suisse said in a survey of major companies.

“Although we know for sure gender diversity within management and the boardroom is increasing globally, there is still plenty of room for improvement, particularly in emerging and notable Asian countries,” the company said in the September report.

Investors have been pressing companies in the EU and North America to set diversity targets and put more women on their boards and in senior leadership roles.

In 2017, State Street, one of the world’s biggest asset managers, installed a bronze “Fearless Girl” statue that stared down Wall Street’s famous bull as part of a campaign to promote gender diversity and female empowerment.

And, this month, EU states gave initial approval to draft legislation that would push companies in the bloc to appoint women to 33 per cent of all board jobs by 2027. More than half the companies listed on Britain’s FTSE 100 now have diversity targets, while 47 per cent of the biggest US companies also have them.

“While all-male boards are a thing of the past for many companies worldwide, women remain vastly under-represented in corporate boardrooms, and progress to change this trend continues to be slow, especially in Asia,” said Nasrine Ghozali, chief risk officer at Oasis.

Some Hong Kong-listed companies do mention board diversity in their public filings, but there has been little movement so far.

There may be signs of change, however.

Hong Kong-listed Hang Seng Bank said women will comprise 70 per cent of its board by the summer — up from 50 per cent — while Chinese shopping platform Meituan, which has an all-male board, told Nikkei Asia that it would also be following Hong Kong’s requirements ahead of the 2024 deadline. “We’re actively identifying qualified female board directors,” Meituan said.

Xiaomi, the world’s number 2 smartphone maker, stated in its 2021 annual report that it had reviewed board composition based on gender, age, industry experience and other factors but had no current plans to remake its all-male board.

Changes in 2018 that allowed Hong Kong-listed companies to have dual-class share structures meant that management of Xiaomi, and other companies with all-male founders, could exert outsized control and make it more difficult for ordinary shareholders to push for a board shake-up.

Among 11 major dual-class share issuers in Hong Kong, nearly half have no female directors, according to the Asian Corporate Governance Association.

“Founders who wish to keep tight control of these entities seem to prefer to appoint from within their networks, and for the main part these candidates do not include women,” said ACGA research director Jane Moir. “Many of these companies have a high ratio of female customers and some do appear to be hiring more women at the senior management level, but there is still a long way to go.”

The new rules could see a rush to shake up boards, although the number of applications for initial public offerings from companies with all-male boards was around 12 per cent of the total in the first half of 2021, down from 30 per cent in 2019, according to Jacky Lai, assurance partner at Ernst & Young in Hong Kong.

“Most of my clients don’t see any difficulty in complying with the rules,” said Deloitte China risk adviser Melissa Fung. “The board needs people from different backgrounds, including those with industry expertise, legal knowledge and so on. It should not be difficult to appoint a female director with this kind of experience.”

Still, companies tend to take into account other factors including age, educational background and professional experience, said Bonnie Yung, a partner at Mayer Brown in Hong Kong, who has been advising IPO applicants.

“We can foresee that a listing applicant may face difficulties in identifying a suitable candidate to fit in all such criteria if the candidate has to be of a particular gender,” she added.

But companies are not bound to do anything more than fulfil the minimum requirement, said Moir at ACGA, adding that Hong Kong’s exchange should have set its gender targets higher.

“We are disappointed with the new corporate governance code, which was very pro-issuer,” she said. “Even if we promote women at the current pace, it will take 138 years for the board to become gender equal.”

A version of this article was first published by Nikkei Asia on March 29. ©2022 Nikkei Inc. All rights reserved.