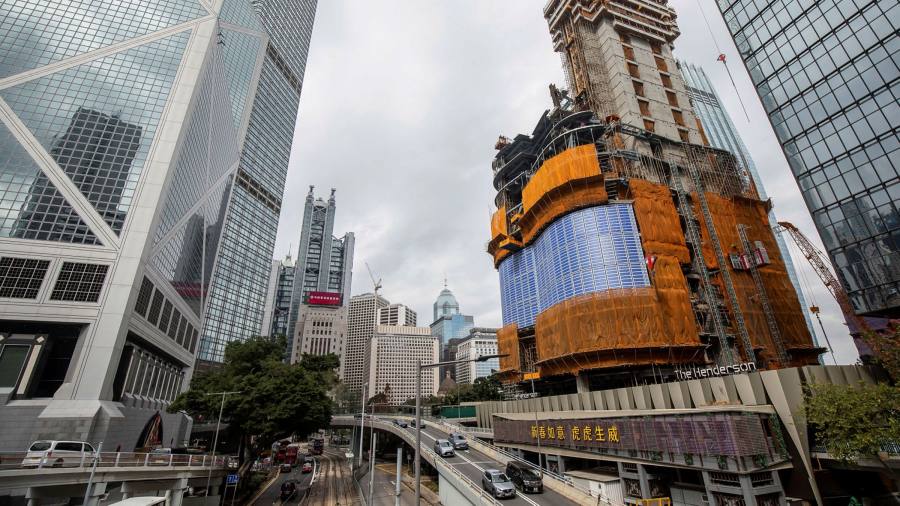 Hong Kong’s property tycoons face a worsening outlook, with house prices forecast to drop by as much as 10 per cent this year, after pandemic restrictions hit the city’s economy and drove residents out of the territory.

The softer prices come after a series of developers, including Henderson Land, which is owned by Hong Kong’s second-richest man Lee Shau-kee, recorded sharp dips in revenue in 2021.

Hong Kong’s property tycoons have amassed billions as a result of their near-monopoly over some of the world’s most valuable real estate. But the revenue drop reflects economic disruption caused by the territory following Beijing’s zero-Covid policies.

Business leaders have warned of an uncertain recovery with no clear exit from the punishing restrictions, even after city leader Carrie Lam signalled relaxations of some measures beginning in April.

Hong Kong property agency Colliers expects home prices to drop 5 per cent this year, while JLL Hong Kong is predicting that they will fall 5-10 per cent. Goldman Sachs said this week that the territory’s home prices could decrease by up to 20 per cent by 2025.

“[Many buyers] don’t see the rush at the moment,” said Hannah Jeong, Colliers Hong Kong’s head of valuation and advisory services. “We will be expecting even worse performances for [Hong Kong developers] in 2022.”

The exodus of residents and relocation of executives by multinational firms could further damp demand and adversely affect home prices in the city, according to JLL Hong Kong chair Joseph Tsang.

Several developers, including Henderson Land, recorded a fall in core earnings last year as malls and hotel businesses in Hong Kong suffered from lower consumer demand. Henderson’s gross revenue from local property sales dropped 24 per cent in 2021, while the Kwok family’s Sun Hung Kai experienced a 33 per cent profit dip year on year to HK$7bn (US$900mn) in the second half of last year.

“Prices will be weak until domestic restrictions are relaxed and borders reopen,” said Michael Wu, an analyst at Morningstar. “It will all depend on opening up borders to the mainland and internationally.”

Suffering from a lack of visitors from mainland China, shops on Russell Street in Causeway Bay — one of the most expensive retail streets in the world alongside New York’s Upper Fifth Avenue and London’s New Bond Street — have experienced a drop in rental values of more than 20 per cent this year, according to the latest government figures.

Analysts said Hong Kong developers still had some distance from the property sector liquidity crisis on the mainland, embodied by the turmoil at Evergrande, the world’s most indebted developer. Some Hong Kong developers have chosen to push deeper into China as their rivals struggle.

“New World has been picking up some distressed assets” in the Greater Bay Area, a ring of southern Chinese cities surrounding Hong Kong, said Wu. “I would see the situation as an opportunity to acquire projects selectively on the mainland.”

A New World Development spokesperson said the company was “optimistic” about its performance in 2022. Henderson Land and Sun Hung Kai did not respond to requests for comment.