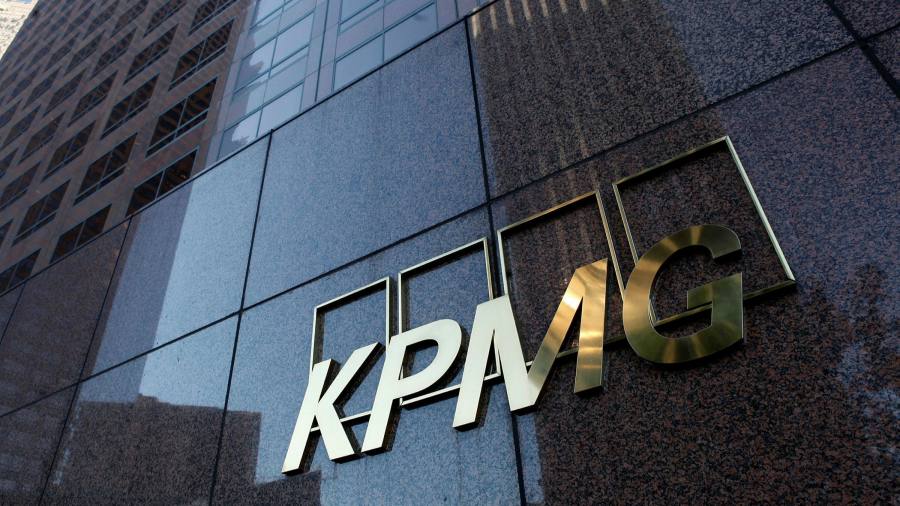 KPMG has been awarded millions of pounds of UK government contracts since pledging to stop bidding temporarily for public sector work after it was threatened with a ban over its involvement in a series of corporate scandals.

The Big Four consultancy has won 22 UK public sector contracts worth £10mn since stating in December that it would halt pitching for taxpayer funded work pending the outcome of a Cabinet Office review.

The largest of these is an estimated £3mn share of a £21mn contract awarded by NHS England.

In addition, KPMG has won contracts worth up to £3.2mn to advise four government departments, including the Ministry of Defence and the Department for Environment, Food and Rural Affairs, according to Tussell, which tracks government contracts. Energy regulator Ofgem has also hired the firm.

KPMG said it had agreed with the Cabinet Office to “continue with tenders already in progress or new work where it was in the public interest to do so”. It added: “The very small number of contracts that have been awarded to us since then fall into that category.”

The contracts included “vital work with NHS England”, it said. Some of the contracts were not awarded by central government and were therefore “outside of the agreement with the Cabinet Office”, said one person briefed on the matter.

Since KPMG’s agreement to halt bidding for new government work, regulators have ordered the firm and its partners to pay £4.8mn in fines and costs for audit failures at cocktail and dining group Revolution Bars and Conviviality, the collapsed owner of Bargain Booze.

In January, it admitted to misleading inspectors from the Financial Reporting Council during checks on its audit of Carillion. The following month it vowed to defend a £1.3bn lawsuit by Carillion’s liquidators, which claim the auditor missed “red flags” that the UK outsourcer’s accounts were misstated and that the group was insolvent more than two years before it collapsed.

Despite the legal and regulatory problems, KPMG’s UK partners were paid an average of £688,000 last year, their biggest payout since 2014.

The Cabinet Office said it was continuing to monitor the situation and the review into KPMG was “in progress”.

“KPMG has been awarded a small number of contracts in very limited circumstances, such as the continuation of important projects which were already ongoing,” the Cabinet Office said.

The government’s scrutiny of KPMG followed the firm’s £13mn fine by an industry tribunal in August for serious misconduct when it pushed bedmaker Silentnight into insolvency to help a private equity firm buy the company without the burden of its pension liabilities.

The consultancy firm was singled out by the FRC last year for its “unacceptable” failure to improve its banking audits for the third year running. The watchdog is still investigating KPMG’s work for Rolls-Royce and Eddie Stobart Logistics, as well as Carillion.

KPMG, which employs 16,000 people in the UK and is one of the biggest consultants to the government, was already barred from bidding to run training for civil service apprentices after an Ofsted report deemed an existing programme “inadequate”, the lowest possible score.

A complete ban from bidding for public sector contracts is rare. Security company G4S was temporarily barred in 2013 after overcharging the government for the electronic tagging of criminals, some of whom were dead or still in prison.

Deloitte stopped pitching for public work for six months in 2016 after a note in which its consultants criticised the government was leaked.