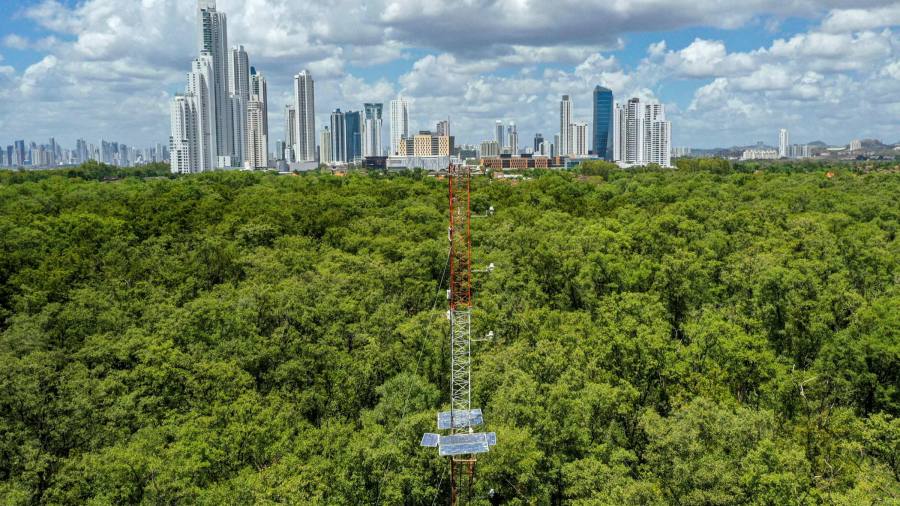 Tense negotiations involving the US and China, the world’s biggest polluters, delayed a landmark UN report that concluded the narrow window to limit global warming will require the phase out of fossil fuels, an electrified energy system, carbon storage and lower methane emissions.

The latest Intergovernmental Panel on Climate Change report on how to cut greenhouse gas emissions found that without immediate action the world was on track for a 3.2C rise in temperatures by the end of the century. The definitive report compiled by 278 scientists and 195 countries is the final in a series of three over the past year.

Political wrangling over the summary findings pushed the conclusion of the IPCC plenary on Friday well into Sunday night, as countries including the US, China, and Saudi Arabia disagreed over the text. Extensive footnotes accompanied the report that swelled to a record 60 pages as a result.

The US, China and other countries sparred over the definitions and relative responsibilities of “developed” and “developing” countries, leading to some of the figures for investment required to make the energy transition for those groups of countries to be removed from the summary document, but preserved in scope of the full report.

With global emissions still rising, the earth’s temperature is “likely” to warm by more than 1.5C, the goal of the Paris climate accord, during this century even once national climate targets are taken into account, the report finds. Temperatures have already risen by 1.1C since the pre-industrial period.

Limiting warming to that level will require a 43 per cent cut in global greenhouse gas emissions by 2030, compared to 2019 levels, and will probably also require carbon dioxide removal strategies at the same time.

The most significant lower-cost measures that could help cut greenhouse gas emissions in half this decade outlined by scientists include boosting solar and wind energy, improving energy efficiency, reducing deforestation, storing carbon in soils, and cutting methane emissions.

“These are the big hitters; if we were to deploy all these options then we could reduce emissions by 50 per cent by 2030, which is what is needed,” said Thomas Wiedmann, professor of sustainability at the University of New South Wales and one of the report authors.

Instead of falling, emissions rose 6 per cent in 2021 and are expected to rise again this year in line with the level of economic activity.

The dramatic reduction required would mean the use of traditional coal would have to fall by 95 per cent by 2050, the report says.

It suggests that cutting emissions from fossil fuel use for energy alone will not be enough, however, and finds that carbon capture of some kind will be required.

“To reach 1.5C we need actually to borrow from CO2 from the atmosphere and pay it back later on,” says Jan Minx, one of the lead authors of the chapter on emissions.

At the same time, the scientists warn that carbon capture methods face many barriers, including technological, cost and societal.

The preservation and expansion of forests to absorb carbon would also not “fully compensate for delayed action” in other sectors.

The report, the first update in eight years to a similar IPCC report, includes a new chapter about the social aspects of mitigating emissions. It estimates that the 10 per cent richest households are responsible for 40 per cent of global household emissions.

It also put a spotlight on changing individual behaviour and consumption, estimating that a shift in lifestyle and habits could cut emissions by between 40 to 70 per cent by 2050.

That would include steps such as flying less, changing diets, using more efficient materials, and walking more.

But the report also highlights the increasingly small chance of achieving the 1.5C target. The remaining carbon budget — or the total amount of CO2 that can be released into the atmosphere — reached around 500 gigatonnes of carbon dioxide equivalent in 2019.

That budget could be used as soon as 2028 if emissions remain at present levels of about 59Gt a year. After that point, every new tonne of carbon dioxide released into the atmosphere would need to be captured back again, to limit temperature rise to 1.5C.

“It is clear that the challenge is very, very big,” said Wiedmann. “It is certainly within this decade, and we are very close now, to using [the carbon budget] up.”

“We are on a pathway to global warming of more than double the 1.5-degree limit agreed in Paris,” said António Guterres, secretary-general of the United Nations. “Some government and business leaders are saying one thing, but doing another. Simply put, they are lying.”

HOW TO LIMIT GLOBAL WARMING

Stem methane leakage from gas and land use

AGRICULTURE, FORESTRY AND LAND USE

Encourage use of walking, cycling and public transport