Lush pledges to invest in UK stores after return to profit 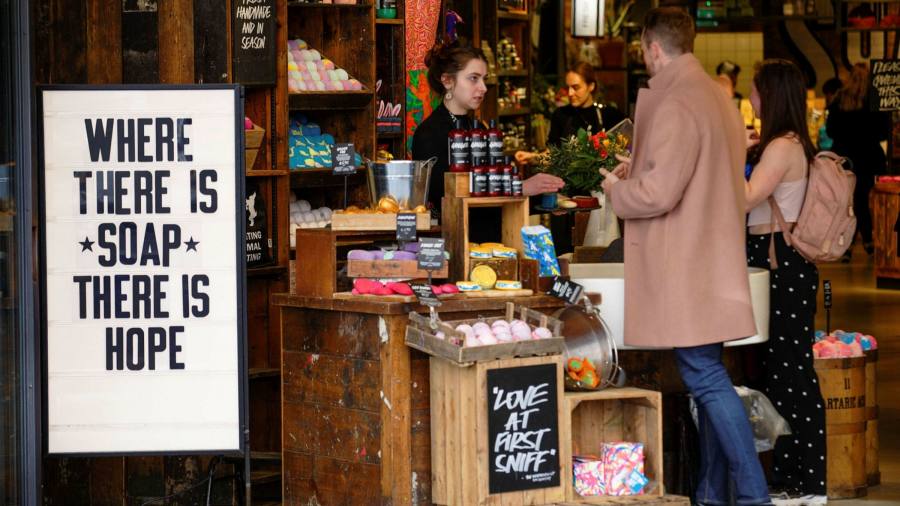 High street retailer Lush has bought out its US partner to almost double the size of its sales and pledged to invest in rebuilding its British operations that were hit hard during the pandemic.

The Poole-based retailer, best known for its highly fragranced bath soaps and handmade cosmetics, returned to profitability in its last financial year, according to accounts that will be published at Companies House next week.

Lush’s co-founder, Mark Constantine, said that the chain had taken over its North American partner, which would add more than 80 per cent to its revenues as its single largest market. The deal cost C$180mn, plus C$20mn in deferred payments, and was financed through the sale of property and surplus cash held by the US and Canada businesses.

However, Constantine said that it had written off its business in Russia following the war in Ukraine. The 48 shops in Russia and 15 in Ukraine are majority owned by a Russian citizen, employing over 600 staff.

“There is no prospect of selling the business, as we have suspended the supply of products to Russia. No one knows what the outlook is for the future”, he said, adding that Ukrainian shops in Lviv and Dnipro were still able to open.

As of 30 June 2021, Lush operated through retail outlets in 48 countries and manufacturing facilities in six countries via subsidiaries, joint ventures, licensees and franchises. The total number of shops was 919, down only slightly from the year before.

We have to invest money now. We need to refit our shops.

The group recorded a pre-tax profit of £29mn in the twelve month period, bouncing back from a loss of £45mn the previous year. However turnover fell to £408.7mn from £437.8mn.

Lush put prices up by about 7 per cent before Christmas, which Constantine said would likely absorb rising inflation this year. “We are not planning another price rise in the UK,” he added.

Lush used furlough and other government support of £21.9mn in 2021, and £16.8mn in the year before, while in the UK it also benefited from a full year of rates relief worth £6.2mn. The fall in sales during the pandemic of about a quarter led to a similar cut to staff levels across the group.

Constantine said rivals selling beauty products, but who also sold medicines, had been allowed to open during the last lockdowns, “eating our lunch”. However the company plans to invest in the business to grow it again, helped by lower lease terms over many of its properties.

Leases on about a fifth of the British stores had been renegotiated, with rents almost halved to reflect the impact of the pandemic on the high street, he added.

But he said that stores with landlords with “dogmatic views” on rental income had closed. Lush plans to invest in opening larger outlets with services such as spas and hairdressers to attract customers.

The company made no dividend payments to its owners, including Constantine, who described such a move as “inappropriate” given the government support used during the pandemic. “We have to invest money now. We need to refit our shops.” The group also continued with its policy of charitable donations, with Lush worldwide raising funds of £6.3mn and giving £3.9mn to good causes.

Video: How Lush took on the cosmetics industry