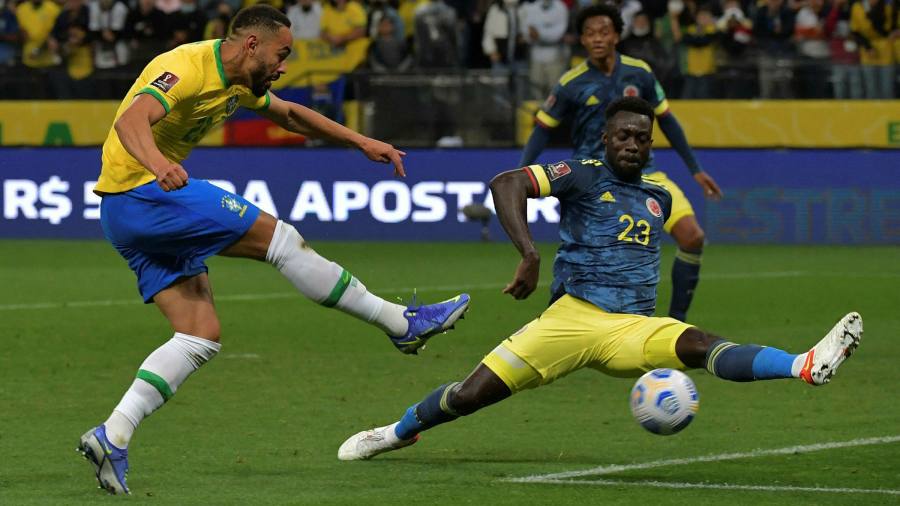 Viaplay, a Stockholm-based streaming service, has ramped up its ambitions as it prepares to enter the UK market by snapping up rights to screen up to 800 international football games despite the streaming sector “catching a bug” from Netflix’s recent troubles.

Nordic Entertainment Group (Nent), the owner of Viaplay, has bought exclusive rights to show scores of qualifying games for the World Cup and European championship, including the Scottish, Welsh and Northern Irish national teams.

The package is a rare outside entry into the UK’s highly competitive football rights market and comes at a time when cost of living pressures and Netflix’s stuttering growth have shaken the business model for streaming worldwide.

Anders Jensen, Nent’s chief executive, said the investment reflected the company’s confidence that the UK market offered rich opportunities to target niche markets, regardless of the economic “wet blanket” hanging over the sector. Nent did not specify the size of the rights investment.

Viaplay will launch in the UK this year, offering a mix of Nordic drama and specialist sports such as handball and ice hockey. “These [football] rights take us to the next level,” Jensen said. “It was a financially attractive way for us to tap into national team football, establish the business and get recognised.”

Under Jensen, Nent has styled itself as Europe’s answer to Netflix, investing heavily in expanding out of its home region last year. It is one of Europe’s only streaming-focused, entertainment and sport services competing with the multi-market footprint of US streamers and the only European service in second spot to Netflix within a region.

Jensen admitted that every streaming service had “caught the Netflix bug” since the US streamer admitted shedding subscribers for the first time in a decade last week. Shares in Nent are down more than 30 per cent over the past six months.

“We are at a different phase and a different animal in the jungle,” he said. “The correction has spilled over on us and everybody else, but it does not change much. We are on track.”

Since it began its expansion last year, Viaplay has secured 1.2mn subscribers outside the Nordic region. Half of those are in the Netherlands, where it launched in March and has already become a top-three streamer with a mix of Nordic noir, German football and highly prized rights to Formula One.

Viaplay this week disclosed it had 4.8mn subscribers across Europe. The service added 1.6mn subscribers in the past year, a 52 per cent increase, with almost half of those coming in the three months to March.

Despite beating expectations in the Netherlands, shares fell more than 5 per cent on Tuesday. Some analysts said this was partly over concerns Nent did not raise its 2.2mn target for international subscribers in 2022.

“If you do well and don’t increase guidance you get punished . . . that’s not just us and our industry,” Jensen said. “This is the first quarter of the year and we are doing well and there are macro uncertainties. To increase guidance now would not be wise.”