Raine, the US bank refereeing the £3bn race to buy Chelsea FC 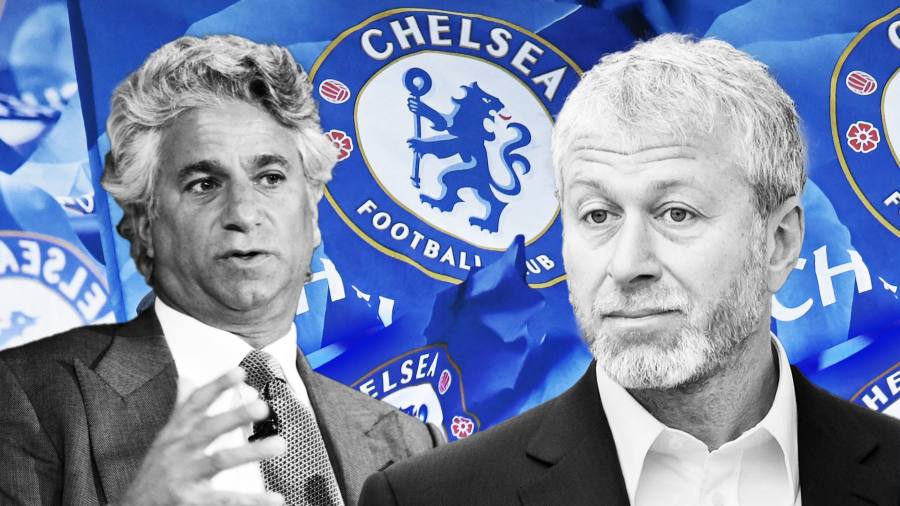 Joe Ravitch was holidaying in St Barts about a decade ago when he first met the Russian oligarch who would later hand him the most politically fraught sports deal in history.

That Caribbean encounter with Roman Abramovich, owner of Chelsea football club, was born out of connections the banker had cultivated three decades earlier while advising Russia’s first post-Soviet leader Boris Yeltsin at a time of great hope and turbulence for the country.

Russian-speaker Ravitch has made a virtue out of employing patience in complex situations. The former Goldman Sachs banker, who went on to co-found US boutique bank Raine Group in the aftermath of the global financial crisis, thought the billionaire would never sell his beloved west London-based English Premier League club.

Now, with Abramovich caught in a net of sanctions as part of attempts to punish Russian president Vladimir Putin and his allies over the invasion of Ukraine, Raine has been tasked with orchestrating a £3bn sale of the club under the scrutiny of the UK government and legions of impassioned fans around the world.

It is the sort of high-profile deal that Ravitch has been building towards since starting Raine in 2009 with Jeff Sine, a former banker at UBS and Morgan Stanley who has also produced shows on Broadway and in London’s West End.

“We are involved in many cross-border deals which involve complex political dynamics and require government approvals where we have to engage with public officials to get deals done,” Ravitch said in an interview with the Financial Times during a rare break from the sale negotiations.

The pair built Raine, whose name is a composite of their surnames and a play on the word “rain”, into an advisory house that trades on the strength of its ideas rather than the ability of another division to provide loans. They also established an investing arm that now has more than $4bn in assets under management and targets early-stage growth companies.

One of those was DraftKings, now an $8bn Nasdaq-listed company following the liberalisation of the US betting market, but only a small fantasy sports start-up when Colin Neville, Raine partner and head of sport, led an investment in 2014.

Jason Robins, chief executive of DraftKings, said Neville had “never wavered”, during a period that has taken it from a valuation high of about $30bn to a more sombre outlook with increased competition and following a clash with a short seller last year.

“You can pick whatever turn of phrase you want — first one through the door, you’d want him next to you in the foxhole — that’s Colin,” said Robins. “We’ve sat next to one another on countless flights, squished next to one another on drives to meetings, and huddled together in conference rooms as we worked to lock down crucial deals.”

Raine also owns a stake in the Premier Lacrosse League, a series founded in 2018. PLL chief executive Michael Rabil said: “They partner with their portfolio companies and sellers in a deeper [and] more dedicated way than I’ve seen [with] other merchant bankers.”

A specialist in technology, media and telecoms, Raine has advised on headline-making deals including Roald Dahl Story Company’s £500mn sale to streaming company Netflix, SoftBank’s £24bn acquisition of British chipmaker Arm and Sprint on its merger with T-Mobile.

But sports deals were always an ambition, particularly for Ravitch.

When based in London in the late 1990s he worked on a bid by Rupert Murdoch’s BSkyB for Manchester United, the dominant force in English football at the time. The UK government blocked the deal and gave the American banker his first taste of how UK fans and politicians are willing to intervene in questions of club ownership.

“More than 25 years ago, I had started to work with the idea that these sports leagues and enterprises, while typically viewed as trophy assets, actually had enormous commercial value, especially given what was happening with globalisation and technology change,” said Ravitch.

Other deals have included the formation of the National Basketball Association’s business in China, and the creation of the Indian Premier League, a cricket competition that started in 2008 and is now worth billions of dollars.

Raine is now exploring how sports can grow new revenues outside broadcasting, ticket sales and sponsorship. Leagues and individual teams are increasingly turning to the crypto sector to generate revenue, a trend accelerated by the pandemic, while the legalisation of sports betting in the US is creating further opportunities.

“These are cultural assets that have increasingly new ways of growing their brands,” said Neville. “We’re still at the infancy of the digital revolution and one thing I know for sure is that these clubs will have new revenue opportunities that we never imagined. That’s because live sports is the most powerful content in the world.”

Until the Chelsea auction, Raine’s highest-profile deal in English football was when it advised the owner of Manchester City, the Premier League champions, on the sale of a stake to US private equity group Silver Lake for $500mn in 2019.

The auction of Chelsea will be the next reference point for the value of a top Premier League team. Raine has narrowed down the shortlist to four bidders, including groups led by Todd Boehly, the financier and owner of baseball’s Los Angeles Dodgers, and private equity billionaires Josh Harris and David Blitzer.

Offers from the Ricketts family, which owns the Chicago Cubs baseball team, and Stephen Pagliuca, another private equity tycoon and co-owner of the Boston Celtics basketball team, are still in contention.

The politically-sensitive sale of Chelsea requires special approval from the UK government. Ravitch and Neville declined to comment on the bidding process.

The change of ownership will be a test for a club that benefited from Abramovich’s willingness to bankroll the pursuit of trophies. Abramovich has subsidised more than £1bn in losses and intends to write off £1.5bn of debt as part of the sale, with net proceeds going to charity.

“My guess is that Chelsea and all of the top Premier League clubs will probably be worth in excess of $10bn in five years,” Ravitch said. “So I think whoever buys Chelsea today at the prices we’re talking about is getting it for a steal.”