Stellantis halts operations in Russia as it suspends remaining production 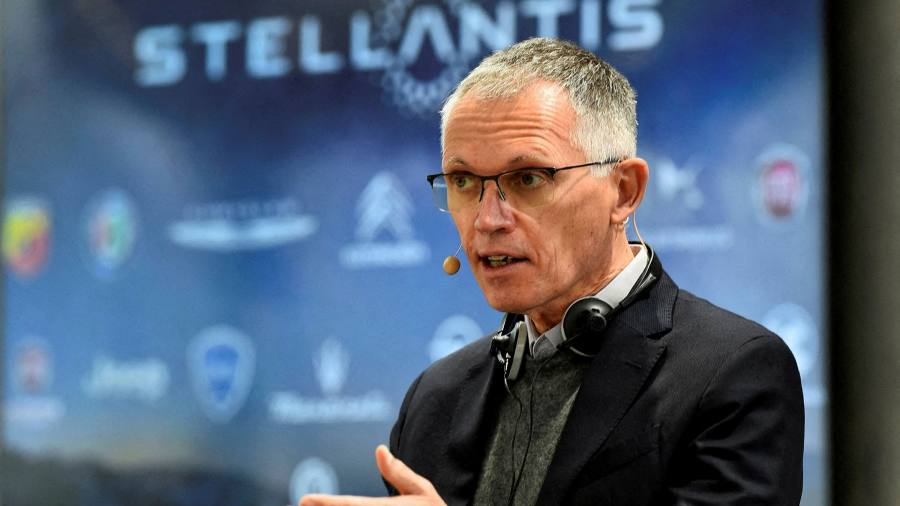 Stellantis has halted operations in Russia as the car and truck manufacturer suspended remaining production at a plant south of Moscow because of problems obtaining parts.

The company, the latest to stop operations in Russia, said “the rapid daily increase in cross sanctions and logistical difficulties” prompted the move.

The group, formed last year through the merger of Peugeot owner PSA and Fiat Chrysler, had already suspended some of its business with Russia after the invasion of Ukraine.

This included imports and exports of vans and people carriers built at the Russian Kaluga plant for brands such as Fiat and Opel. Some of that production shifted to factories in Britain and France.

For Stellantis, hitting pause on the Kaluga operations, where it produced some 11,000 vans last year, only affects a small part of its overall operations.

But its latest step, affecting the remaining rump of its business for the Russian market, shows the increasing difficulties in maintaining operations in the country, even locally, as shipments of components are disrupted and western suppliers back away.

Car manufacturers globally had already run into problems sourcing semiconductors because of the coronavirus pandemic, which disrupted manufacturing and pushed up demand from industries competing for parts, such as electronics makers.

High-quality chips for cars will be particularly hard to source from within Russia, industry executives say, even if metal parts and other elements can be made locally.

France’s Renault, one of the carmakers most exposed to Russia through its local Avtovaz unit that makes Lada cars, has had to temporarily halt production at that division as it tries to build up stocks of electronic parts.

Renault has also indicated that it was prepared to walk away from its investment in Avtovaz, Russia’s biggest carmaker, although it has yet to outline concrete exit plans. Russia was previously responsible for 10 per cent of Renault’s entire sales,

A number of carmakers including Volkswagen and Ford said they were suspending operations or joint ventures right after Russia invaded Ukraine at the end of February, although few have outlined longer-term plans over how they will deal with those businesses.

Many are still paying employees in Russia, while activity is frozen, ratcheting up costs.

Stellantis said in a statement that it condemned violence and supported “all actions capable of restoring peace”.

It said it had it had suspended its manufacturing operations in Kaluga “to ensure full compliance with all cross sanctions” imposed by the EU, US and other countries, and to protect its employees.

Chief executive Carlos Tavares had played down the expected impact of a war on the company’s operations before the invasion. The company sold 2mn light commercial vehicles globally in 2021.