Surging costs hard to swallow for makers of the humble BLT 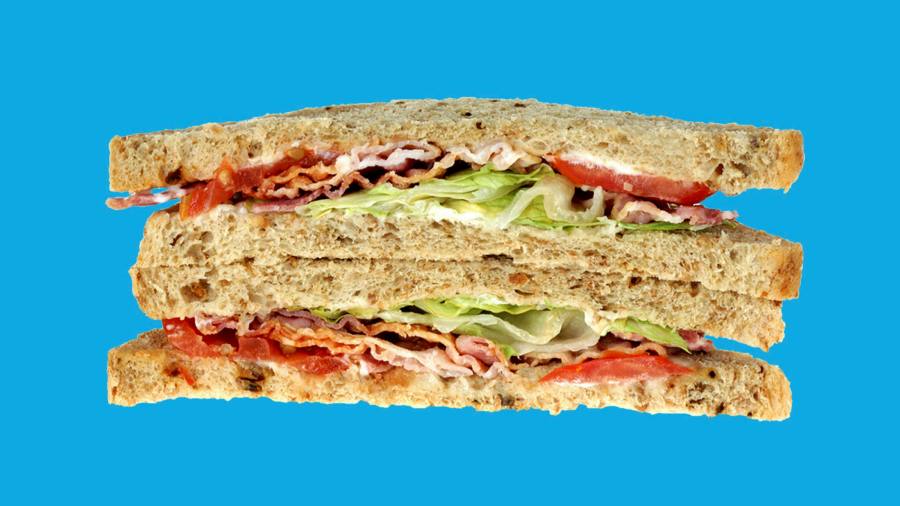 The price of a sandwich, a lunchtime staple eaten by millions across the UK every week, is poised to reach fresh highs as food costs soar, along with bills for labour, packaging and energy.

War in Ukraine and the resetting of supply chains following pandemic lockdowns mean prices for the ingredients in one of the UK’s most popular sandwiches — the BLT (bacon, lettuce and tomato) — are up by 56 per cent on average since 1 January 2019, according to data compiled by commodity research group Mintec and the Financial Times.

That rise is led by a huge spike in the price of sunflower oil, of which Ukraine is the world’s largest exporter. But prices for other ingredients are also surging: wheat and tomatoes have each increased by 63 per cent since the start of 2019, while the cost of lettuce has increased by nearly a quarter. Pork is the only ingredient to have remained level.

Food manufacturers and retailers say they have never had to contend with such a rapid surge in all of their input costs. The sandwich, whose assembly and distribution requires fresh ingredients, large factories, labour and prompt, chilled transport, is emblematic of the struggle they face.

The rise in the cost of lunch is set to become yet another burden on consumers’ wallets, as well as adding strain on manufacturers just as they start to recover from the worst of Covid-19.

“Sandwiches are a barometer to the economy in that sense,” said Jim Winship, director of the British Sandwich and Food To Go Association, adding that record prices for key ingredients would send what consumer fork out for sandwiches to new highs.

Shaun Allen, chief executive of food procurement specialist Prestige Purchasing, warned that “a protracted conflict, coupled with long-term sanctions on Russia’s economy, might well raise inflation to levels not seen for a generation”.

Not only is Ukraine a key supplier of sunflower oil, but Russia and Ukraine together supply around a quarter of the world’s wheat, the main ingredient in bread. Sandwich makers are also contending with far higher energy costs to run factories — some in the industry say they have doubled in the past few months — and rising labour costs due to staff shortages and increases in the national living wage.

Pork is the only BLT ingredient yet to show dramatic rises. In late 2021 and early 2022, European pig prices declined steeply after African swine fever in Germany prevented the country exporting to China. In the UK the downward pressure was worsened by a surplus of pigs on farms resulting from labour shortages in abattoirs.

But prices have started to increase in recent weeks after a reduction in the size of European breeding herds. The rise has been amplified by increasing input costs, according to the National Pig Association, but has yet to feed through into prices for pork.

Prices for packaging — which accounts for around 10 to 12 per cent of a sandwich’s production cost, according to Sam Page, managing director at sandwich maker Simply Lunch — have shot up around 25 per cent. Simply Lunch now charges retailers around £1.70 for a sandwich, approximately 30 per cent more than before Covid.

Kantar, the market data business, said the price of a pre-packed sandwich for consumers was up 8 per cent in the 12 weeks to February 20 this year compared with the same period in 2020. Tesco, Co-op and Boots have increased the cost of their “meal deals”, which generally include a sandwich, drink and snack, by between 5 and 16 per cent this year. Similar inflationary forces are at work on sandwiches made fresh on-site by companies such as Pret A Manger.

The worst of the price rises are yet to reach consumers, according to Clive Black, analyst at Shore Capital. But he warned: “Supply chains really can’t accommodate on a sustained basis this amount of cost inflation if they don’t pass it on [to consumers].”

Winship said manufacturers have “no choice” but to charge more for sandwiches: “There was some resistance, I think, from retailers to start with, to price rises, but I think everyone’s accepted now that it is inevitable and unavoidable.”

There are few ways to mitigate the cost crunch in a labour-intensive industry that runs on tight margins and timeframes. To make one BLT sandwich requires 17 people on the production line and wage costs have gone up between 5 and 25 per cent depending on the role, according to Page.

“We are looking at ways to automate what we are doing [but it] is fairly limited because of the amount of raw materials that we use and the delicacy of the product. It’s quite difficult to get a robot to put lettuce into a sandwich,” he said.

Labour shortages have meant that most manufacturers have probably suffered a 10 to 15 per cent reduction in capacity, said Black.

Dan Silverston, managing director at Soho Sandwich, which produces about 300,000 sandwiches a week, said the entire process was complex: “It’s a high-risk business — it’s not just getting bread and putting something on it. It’s about yields, taste panels, making sure allergens are monitored, working with supply chains to make sure there is consistent supply.”

The period of surging costs has come just as demand for sandwiches rebounds following the initial phase of the pandemic.

Marks and Spencer, which sells 100mn sandwiches per year, said that after a dramatic drop in sales during the early lockdowns, demand returned to pre-pandemic levels in March. The BLT is the retailer’s most popular flavour and costs £3.30 after the price was increased in 2020 because of surging pork costs.

Page said he fears there is a ceiling on how much people are willing to pay for a sandwich, which could make them untenable to produce. Meanwhile there is little that manufacturers can do to reduce the number of ingredients without consumers detecting a problem.

But Winship argued that despite the inflationary pressure, past experience suggested more expensive sandwiches may sell well in a challenging economic environment.

“In recessionary times we’ve seen that the premium end of the market has actually grown. People aren’t going out to restaurants, they have a good quality sandwich and stay at their desks,” he said.