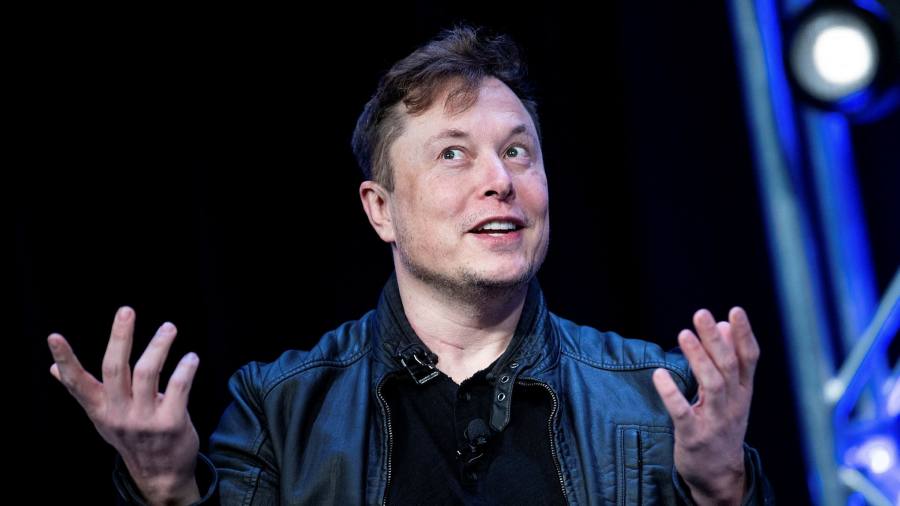 Twitter’s board has accepted a roughly $44bn offer to sell the company to Elon Musk that would result in the world’s richest man seizing control of the influential social media platform.

Announcing the deal, Musk said “free speech is the bedrock of a functioning democracy” and described the social media platform as “the digital town square where matters vital to the future of humanity are debated”.

Musk’s take-private of Twitter could turn the chief executive of Tesla, who has used the platform to attack regulators and critics, into a new-age media baron given that millions of people rely on the San Francisco-based platform for news.

Shareholders of the platform will receive $54.20 in cash for each share of Twitter common stock that they own upon closing of the transaction. The purchase price represents a 38 per cent premium to the company’s closing price on April 1, the day before Musk revealed he had built a 9 per cent stake in the company.

Musk said he wanted to make Twitter “better than ever” by introducing new features, making its algorithms open source, stamping out bots and authenticating “all humans”.

“Twitter has tremendous potential — I look forward to working with the company and the community of users to unlock it,” he added.

The deal caps a series of unexpected moves by Musk that have transfixed Wall Street and Silicon Valley. Over the course of three weeks, Musk became one of the company’s largest shareholders, was offered and then rejected a board seat. He then launched an unsolicited bid for the company on April 14 at $54.20 a share — widely interpreted as a reference to marijuana culture.

Twitter attempted to hamper Musk’s advance, implementing a poison pill intended to limit his ability to gain a substantial shareholding. But the board was forced to the negotiating table at the weekend after he unveiled a $46.5bn financing package for the deal.

The company’s directors also received calls from some of its largest shareholders, including active and passive investors, pushing for them to accept the offer, said people briefed on the conversations. The investors had little confidence that the stock price would rise significantly higher than Musk’s offer in the near term.

If completed, the deal would be one of the largest leveraged buyouts on record — a feat that few on Wall Street thought possible given the size of the transaction. The deal is expected to close this year, subject to regulatory and shareholders approvals, the company said.

“The Twitter board conducted a thoughtful and comprehensive process to assess Elon’s proposal with a deliberate focus on value, certainty, and financing,” said Bret Taylor, Twitter chair.

He added: “The proposed transaction will deliver a substantial cash premium, and we believe it is the best path forward for Twitter’s stockholders.”

Musk has raised $25.5bn in debt — including a margin loan of $12.5bn against his shares in Tesla — from a group of banks led by Morgan Stanley, his financial adviser. He has also committed to providing $21bn in equity financing for the takeover, leaving him on the hook for more than 70 per cent of the purchase price unless he finds other backers.

The deal could still fall apart if blocked by regulators or if Musk fails to deliver on the equity component of the transaction. He is in talks with a number of wealthy individuals and institutional investors about backing that portion of his bid, said people briefed on the negotiations.

The people added that Musk has agreed to pay an undisclosed fee if the transaction falls apart.

In pitching his offer for Twitter, Musk outlined plans to loosen the social media platform’s content moderation policies, describing himself as a “free speech absolutist”.

Republicans are hopeful that the deal could pave the way for Donald Trump to return to the platform after the former president was banned for repeatedly breaching its rules around hate speech and misinformation.

However, Trump appeared to rule out a return to the platform, telling Fox News on Monday that he would communicate via his own social media venture, Truth Social.

The deal will result in another period of turbulence for employees at Twitter, which recently replaced its chief executive, co-founder Jack Dorsey, with longtime engineer Parag Agrawal.

Musk has already worried some staffers after he floated the possibility of shutting the company’s San Francisco headquarters while making a string of other controversial suggestions, such as paying board members a salary of $0.

Agrawal wrote on Twitter on Monday: “Twitter has a purpose and relevance that impacts the entire world. Deeply proud of our teams and inspired by the work that has never been more important.”