Are you in on the secret? Why alumni networks are flourishing 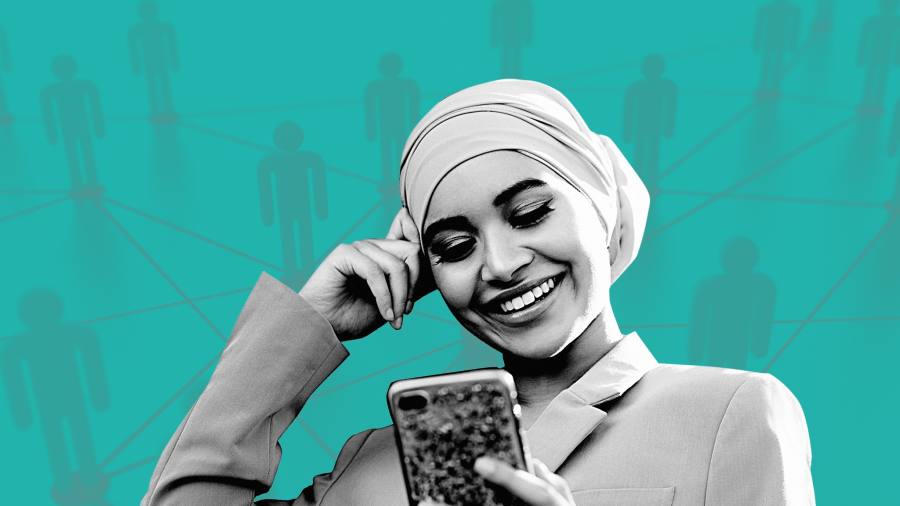 It was a little bit like getting an invite to a secret after-party. When I left my last job, I received an invitation to a Slack channel for former employees. It was as if I’d stood up from my desk, crossed the office and opened a back door where — surprise! — all my old work friends who had moved on before me had gathered.

This wasn’t the first group of its kind I had joined, but that didn’t diminish the joy I felt when I logged in. It can be disorientating, if not painful, to be cut off from colleagues whom you have bonded with for 40 hours a week over several years. To ease that transition, and ensure they have a place to keep in touch with work friends, co-workers join alumni groups. This was the third such group I’d joined, which is open to alumni from all departments of the business. I also belong to a Slack channel specifically for editorial alumni from that company, as well as a Facebook group for alumni from my first job.

Many companies sponsor official alumni groups (the Citi Alumni and General Electric Alumni groups on LinkedIn have more than 50,000 and 40,000 members, respectively), but a lot more operate underground, and are not necessarily acknowledged within the workplace or advertised publicly online. Workers are not always added one by one, either. In the event of lay-offs, acquisitions, separation programmes, or companies going out of business, a large influx of new members can be added at once, or a new group is created entirely anew.

Whether an alumni network exists as a Facebook or LinkedIn group, Slack channel, Discord server, or a more informal group chat, one of their most popular uses is for job hunting and spreading the word about open positions.

There are clear advantages to advertising job openings at your current company to people you have worked with and trust. Alumni groups help facilitate what sometimes amounts to small cohorts of former co-workers getting together again at new employers.

Beyond specific job openings, these groups provide an outlet to connect more broadly on industry trends, share resources and sustain the positive aspects of the workplace culture you once shared. Groups of journalists chatter about which publications are pursuing which subscription models; engineers trade resources for building frameworks or putting something on the blockchain.

For Amanda McQuade, a textile designer, it gave her an opportunity to reminisce about the best parts of her old job in retail. She started her career in fashion as a store manager for the now defunct US clothing chain Metropark. Even though it closed more than a decade ago, hundreds of former employees still post in a Facebook group, often sharing Spotify playlists. “A lot of posts are music related because the company was really big on having cool playlists in the store. I actually discovered a lot of music by working there,” says McQuade.

Beyond specific job openings, alumni network groups provide an outlet to connect more broadly on industry trends, share resources and sustain the positive aspects of the workplace culture you once shared

The Airbnb alumni Slack group, which is over 3,000 members strong, proved to be a particularly valuable resource for former employees when the company launched its initial public offering at the end of 2020. Fiona Tay, an engineering alumna, wrote a resource guide about stock options for former employees in advance of the company going public. “Equity is a meaningful component of compensation in the tech industry, but a lot of times it comes down to individuals navigating this complicated system for themselves, and as an alumnus you’re kind of out of the loop,” says Tay.

Even though the group is not officially connected to the business, the Airbnb Alumni Slack has stringent posting guidelines, with rules prohibiting “derogatory or slanderous” comments against the company. Fatima Husain, one of three admins who manage the group, says that it is “very rare” they would need to step in to mediate violations.

Not all networks are supportive of or nostalgic for their alma mater, though. Former employees often use their networks to trade gossip about their old company, air grievances and opine about the business’s evolution, particularly in the case of acquisitions, lay-offs, or other less-than-happy exits.

Sara Gunderson, who worked as a designer at Sears before it shut its New York design office, wonders if “there’s something about a negative experience or a lay-off that spurs the need for employees to start their own group, their own support network outside of company sponsored ones”.

Another professional, who works in research and development and asked to remain anonymous, noted how important her alumni network was in helping her to emotionally process lay-offs and the whiplash of rash business decisions at her former company. “When you leave, there’s job-specific grieving that needs to happen. You need a way to talk about that grief and confusion. That’s helpful,” she says. “But workplaces don’t always provide that level of catharsis. That’s something I liked about [the company I worked for]; the people were the best part.”

Truly, people are usually the best part of work. Companies purporting to be “like a family” have become something of a red flag when the messaging comes from the top, but these worker-driven underground alumni networks feel more genuinely familial than any corporate memo. They are full of people who nurture the bonds they have formed with old colleagues, and who take the initiative to continue developing these relationships organically. Many people use alumni groups to organise in-person happy hours and meetups.

Some people form such close friendships with old co-workers they splinter off into smaller group chats. One engineer, who has worked at several media companies and asked not to be named, has been in a Telegram chat group that has been active almost daily since 2017. Five years since they parted ways professionally, the friends don’t talk much about their old mutual employer any more. Instead, the chat is mostly focused on politics, parenting and lots of meme sharing. While Chris, a veteran product designer working in tech, even formed a band with three fellow alumni. Together they have found a way to play on.

Sophia Smith is editor of the FT’s new weekly Working It newsletter, covering workplace trends, management and the future of work. Sign up here.