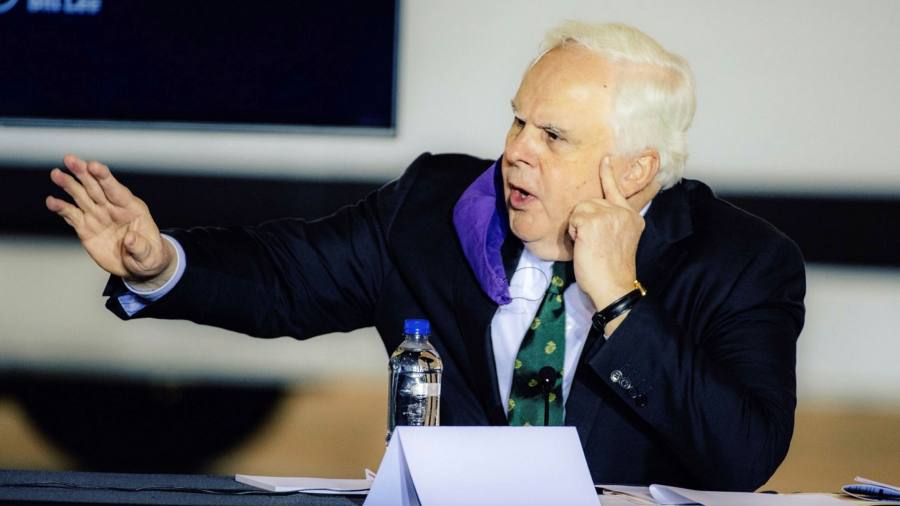 There is a neat circularity to the career of Fred Smith, who stepped down this week as chief executive of FedEx after more than half a century. When he founded the delivery company in 1971, just as now, there was creeping inflation, energy insecurity, shortages, divisive identity politics and questions of how to contain a nuclear-armed foe. An ardent advocate of globalisation, Smith has seen its full arc described: FedEx decided earlier this month to halt all-but-essential shipments into Russia following Vladimir Putin’s senseless invasion of Ukraine. It is one of many western companies whose Russian retreat has prompted a debate on the limits of a theory that equates free markets with the freedom of the ballot box. Even if history rhymes rather than repeats itself, today’s tech titans would do well to study Smith’s tenure, and the nature of his departure, when it comes to planning for their futures and those of the companies they have created.

Smith, 77, was a disrupter of his day, creating a global logistics behemoth from scratch. His vision, paired with operational lessons gleaned from his distinguished military experience in Vietnam and key contacts he made at Yale with future political leaders, combined to create a company with a $60bn market capitalisation and 600,000 employees across the world. Such a legacy deserves celebration. His 50-year reign is an outlier as tenures grow ever shorter: pre-pandemic data collected by PwC showed CEOs of the world’s largest 2,500 public companies serving a 5-year median term.

Naturally, founders find it hard to leave their companies. Many long-serving leaders, even if not founders, also become inextricably linked to their company’s brand: Howard Schultz is returning to Starbucks — which he transformed from an 11-store Seattle coffee chain to a global empire — for his third run as CEO, albeit on an interim basis. Succession planning becomes key. As much as they would like to believe otherwise, even CEOs do not live forever. Smith has done what he can to ensure a smooth transition; his long-anointed successor, Raj Subramaniam, is the current chief operating officer who joined the company in 1991. But the PwC data shows that “successor CEOs” who follow long-serving leaders — with obvious exceptions to the rule such as Apple’s Tim Cook — tend to underperform and are more likely to be forced out, even if they are handpicked insiders.

That must give Subramaniam, who will have his own vision for FedEx, pause for thought. Already, he must grapple with how to re-energise a company that is not only losing ground to old rivals including UPS — to which it trades at around a 33 per cent valuation discount — but also to the new generation of disrupters. Amazon, which once relied on the logistics giant to ship its wares, now delivers more parcels in the US than FedEx. This suggests that Smith may have left it a few years too late to step down. Timing is everything. In fairness, his exit plans were put on hold by the pandemic. But FedEx’s 2016 acquisition of TNT Express, whose integration was bumpy, marked a watershed. Then, in 2019, FedEx’s tax bill attracted negative headlines.

Subramaniam must pull all of this off under the watchful eye of Smith, who is not actually leaving FedEx; he will remain as executive chair. This is the path trodden by Jeff Bezos, Amazon’s founder who stepped down as CEO last year. Forging a strategy of one’s own is hard enough for a new leader, let alone while the old one is still hanging around. Perhaps in his final decision as CEO, Smith as a veteran disrupter should have blazed his own trail once again, into the sunset.