Inflation weighs on IWG despite rising demand for flexible offices 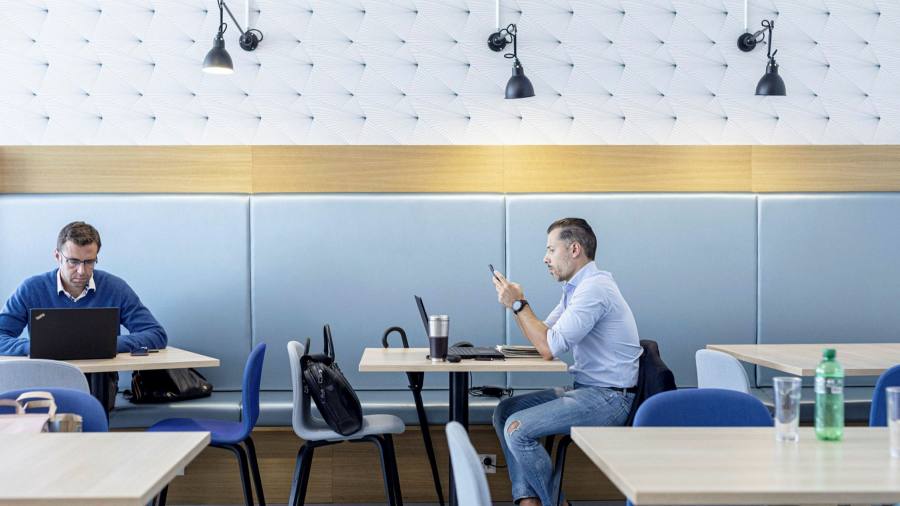 The world’s largest serviced office company, IWG, warned that inflation, Covid-19 and the war in Ukraine could weigh on profits this year, pushing its shares down even as it reported record demand from big companies signing up to hybrid working.

The WeWork rival reported improved revenues for the first quarter of the year on Tuesday and said large companies were rejecting longer leases in favour of more flexible options.

But inflation and a shift in the company’s strategy have added to costs and tempered profit forecasts.

IWG’s share price fell more than 6 per cent to 238p in early trading on Tuesday and is down more than 20 per cent over the year to date.

The company has a presence in China, where a “zero-Covid” policy means very tight restrictions. Shanghai is under lockdown and IWG’s offices there are closed.

IWG is also facing additional costs as a result of inflation and taking on staff to roll out a new operating model under which it will franchise more of its network to partners. Of the 36 new offices IWG opened in the first quarter of the year, 28 were franchised or opened with partners.

Michael Donnelly, an analyst at Investec, said he had lowered his full-year profit forecast from about £148mn to £123mn. “That’s because of two things: an increase in staff investment and inflation,” he said.

“There are two big players in this world: WeWork and IWG. Both are growing their top line, which answers the question of whether it’s the right market to be in. But the other question is: what is the cost model to make this work? They’re both figuring that out,” added Donnelly.

Increased costs could eventually be passed on via rents, but would take some time to trickle through, said Mark Dixon, IWG’s founder and chief executive.

“We’re at a crossroads. The number of deals we’re doing directly with property owners to expand the network is unprecedented,” added Dixon.

Shares in WeWork are trading at $6.94, down almost a third from their $10 listing price in October last year.

IWG said it had signed up more than 1,000 new enterprise tenants — defined as having at least 500 employees — in the first three months of the year, the highest total in a quarter.

Those tenants can use multiple IWG offices rather than being fixed to one location. The company has a portfolio of more than 3,000 offices.

Dixon described the growing interest as a vote of confidence in the future of hybrid work. “Customers and property owners are realising that hybrid working is coming, and want to have a slice,” he said.