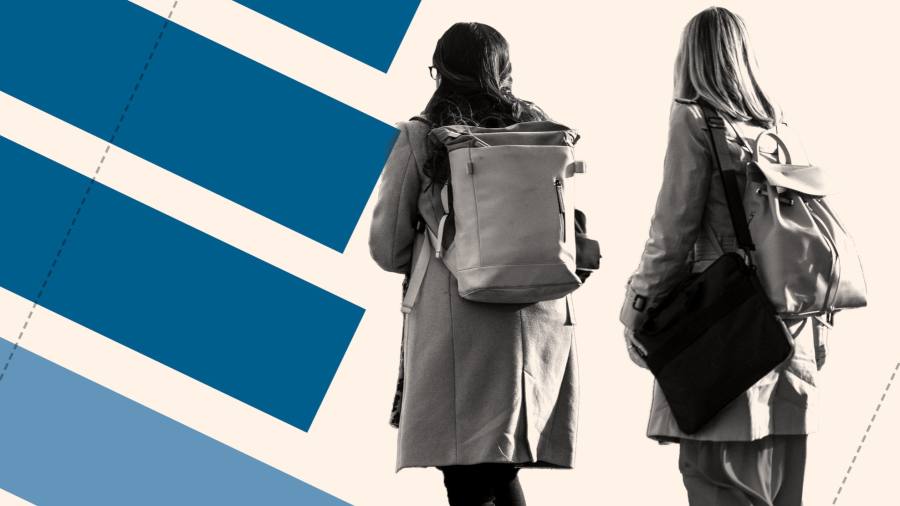 The return of workers to offices in the UK has stalled for the first time since the easing of Covid-19 restrictions, sparking frustration among some bosses even as their staff welcome new policies of hybrid working.

Travel, footfall and occupancy data show that the numbers returning to workplaces have plateaued after recovering strongly following the lifting of restrictions. Office occupancy is running at around a quarter of pre-pandemic levels, while travel via the Tube to the City of London is about half of what it was before coronavirus hit.

This week ministers were instructed to act on concerns that civil servants were slow to return to their Whitehall offices. Such sentiments are echoed by some business leaders, who are increasingly worried about the proportion of staff coming in regularly even at companies where flexible working is now an established policy.

Office-based businesses are keen to have workers back to help with training and staff development as well as aiding team bonding, as part of a flexible model that allows some days working from home.

The heads of two London-based law firms said they were struggling to get associates and younger members of staff back to the office, even with policies in place asking them to come in on certain days.

One senior partner at a “magic circle” law firm said returning worker numbers had stalled at less than half of pre-pandemic levels. His firm was taking a “softly softly” approach to asking staff to come in and was disappointed more had not returned voluntarily. “I don’t know how it’s ever going to change,” he added.

Some banks, such as JPMorgan, are monitoring entry to offices. One manager said that office occupancy had been stable at about 60 per cent “for some time”, but that the bank was “more keen than most” to get staff back in the office.

He added that bankers had shown little concern about being monitored but tech workers were more resistant. “If you are going to have a hybrid system, you do need to monitor it so that it is fair.”

Other UK banks have been more relaxed about encouraging staff back to the office. An executive at Lloyds said it was also looking at “turnstile data” to judge occupancy of its offices but that there were no formally set days for people to return.

The latest figures from property data specialist Remit Consulting found that office occupancy nationally had stabilised at around 25 per cent of capacity — rising to just under a third midweek — since the easing of Covid-19 restrictions in the UK, which took effect in England from late January.

But after the initial pick-up of staff in offices during February and March, Remit’s Lorna Landells said: “While there are weekly fluctuations, the volume of staff choosing to return to their desks on a daily basis appears to have plateaued.”

There is a similar pattern in data compiled by Kone, the lift manufacturer. It shows that compared with pre-pandemic figures elevator use hit its highest level in March but then dipped in April, although the latest data does cover the start of Easter holidays.

But even before the Easter break, passenger data from Transport for London showed the growth in the number of daily journeys during the working week beginning to flatten. Passenger flows at London Underground stations serving the City at peak times have stubbornly remained at half the pre-pandemic levels.

There were close to 1mn entries and exits from Tube stations in the City in January 2020, before coronavirus hit, but this number has not exceeded 550,000 even on the busiest days after lockdown ended.

The TfL data also shows that Covid-19 has cemented Thursday’s place as the busiest commuting day during the working week, given new hybrid working policies.

The slowing return has implications for the long-term function of city centres, where retailers and restaurants rely on the steady traffic of workers to offices.

Data from the New West End Company, which tracks movement in London’s main shopping areas such as Oxford Street, show a similar plateau in the last month. Overall footfall has improved since the restrictions were eased and appears to be stabilising at just over 20 per cent below 2019 levels.

Senior executives at several professional services firms put the plateauing down to the reluctance of many employers to demand a return to the office along with flexible guidance. Many companies have asked staff to return for three days without specifying which days and rarely enforce the rules.

“People are not giving up their Covid won rights easily. We do have a policy, but we’re not going to go around with a register. I would say we have people coming in on average two days a week, or two and a half,” said Michael Chissick, managing partner of Fieldfisher.

His law firm has asked its staff to come in to the office for three days, including a Monday or Friday. “Every law firm has experienced the same thing, which is that people will broadly come in when they want to,” he said.

Lloyd’s of London, the City’s insurance marketplace, has also faced problems getting brokers and insurers back in the building and said occupancy was now consistently running at about half pre-pandemic levels.

Professional services group PwC, which employs 22,000 people in the UK, appears to be having more success. Its offices are at about 60 per cent capacity, with attendance increasing every month since January.

Kevin Ellis, UK chair and senior partner at PwC, said if employers could convince enough staff it was worthwhile to return, human social behaviour would do the rest. “Offices are about people — if no one’s there it’s not surprising people choose to stay at home,” he said. “Once you have critical mass in the office, the social pull kicks in.”