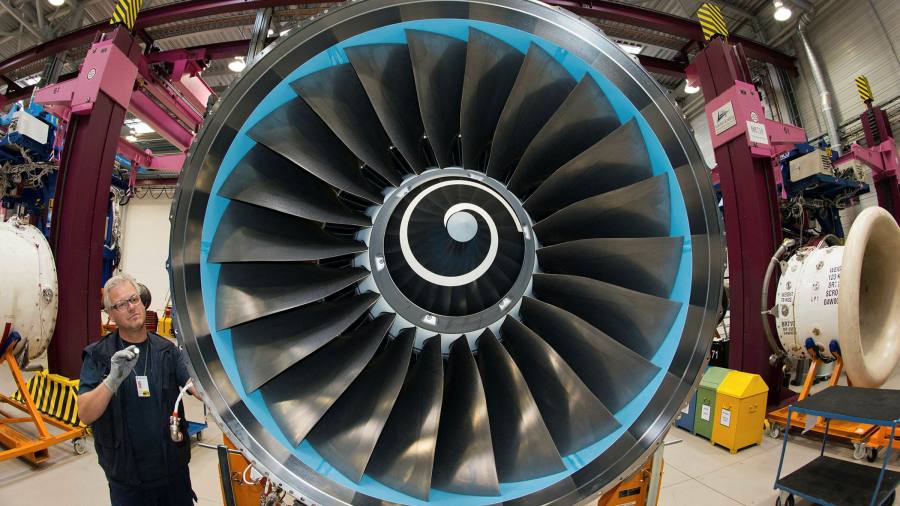 The next chief executive of Rolls-Royce should resist the temptation for a radical change in strategy despite the woeful performance of the company’s share price, according to leading investors in the FTSE 100 group.

Three of the aero-engine maker’s biggest shareholders, including two in the top-15, told the Financial Times that Warren East’s successor needed to be a proven operator who should focus on making the company more efficient. Better communication around Rolls-Royce’s medium-term financial prospects was also important, they said.

Rolls-Royce announced in February that East would step down as chief executive later this year.

Mark Salem, chief investment officer at Mount Capital, which owns a stake in Rolls-Royce, said new business areas such as electric aircraft and mini nuclear reactors were becoming more important “and this requires someone who’s able to navigate this evolving landscape and capitalise on those opportunities”.

“There is potentially more to be done in cost savings, capital allocation and reducing the capex intensity of the [civil aviation] business, as well as additional opportunities in monetising valuable data,” Salem added.

Recent bid speculation triggered a sharp rise in Rolls-Royce’s shares although they have since fallen back and are 70 per cent below the recent high in August 2018. The group, which is paid by its airline customers according to the hours flown by aircraft, took a big financial hit from the grounding of flights during the Covid pandemic.

“We are not saying the strategy needs to change,” said one top 15 investor. “It is pretty much set. We need an operator and an executor — somebody who has got credibility and who shares that long-term view.”

“I don’t think this person needs to come from aerospace,” he added. “The emphasis right now needs to be on a leader.” Following the restructuring and as flying hours return, “it should be a highly cash generative business in a way that it hasn’t been for a decade,” he added.

Frew said in February that the company would conduct a global search for a candidate with “international experience” among other things. The government holds a “golden share” in Rolls-Royce, which allows it to block any takeover. It also stipulates that the company must have a British chief executive or chair.

Investors said they wanted the company to consider non-UK candidates. “I hope the search goes in that direction — a high-functioning executive, no matter the nationality,” said a second top-15 shareholder.

Tony Wood, the head of Meggitt, which is being taken over by America’s Parker Hannifin, is understood to be a contender. Wood used to be head of the civil aerospace business at Rolls-Royce. Tom Bell, an American citizen, who heads the defence business at the engineer, is seen as a credible internal candidate.

Rolls-Royce moved back into profit in 2021 and achieved its target of saving £1.3bn under a restructuring programme a year ahead of schedule.

One issue a new chief executive will have to tackle is how to get back into the market for smaller engines for single-aisle aircraft. The decision to withdraw from this area and focus on engines for bigger, widebody aircraft has long been seen by many investors as a strategic error.

The move, said the second top-15 shareholder, “is now costing the business pretty substantially”. He raised the prospect of re-examining a long-mooted joint venture with Pratt & Whitney of the US, which makes the engines used on the A320neo and was Rolls-Royce’s partner in 2011.

“There’s a logical industrial transaction there at some point,” he said. “I don’t know if the UK government would ever do it, but Pratt and Rolls should really be one business. That to me, there’s no question.”