The secret to making your brain work better 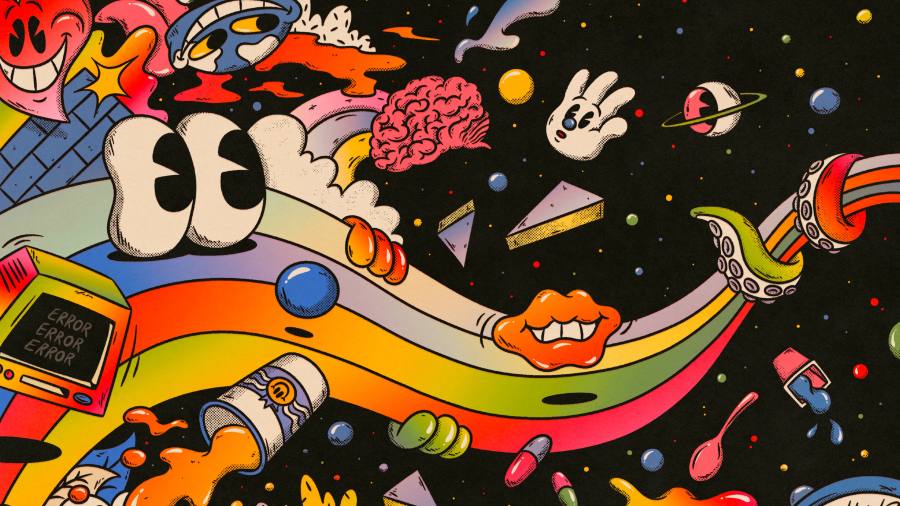 “I take lion’s mane with a daily microdose of psychedelic, and B6 to switch on the brain and get more ideas,” says writer Catherine Frenette, of the effects of her supplements regime. “I did it all through writing my latest book: I had a short deadline and needed to stay at my desk. It absolutely worked. Without doubt, I’m working better.”

Tired, unfocused brain in need of a boost? The traditional recourse – coffee – is, it turns out, very pre-pandemic. A stimulant made for 2019’s office-worker world, when we were all just striving to “keep up”, it’s a short-term fix that burns through your adrenal reserves and leaves you, ultimately, depleted. Nowadays, that’s not good enough. Enter the latest nootropics – cognitive enhancers that will take users up and up, and could support brain function and health in the long term.

Unlike coffee, these new nootropics, or smart drugs, nourish the brain without cashing in on its energy reserves. The brain is the body’s most hungry organ, consuming 20 per cent of our energy, so it is vital that it is well fed. Stimulants such as coffee, Adderall or “study drug” Modafinil operate by robbing Peter to pay Paul: increasing dopamine while simultaneously depleting reserves.

We think it’s normal to be tired and forget things. That’s not normal. We should be feeling better”

There is much debate about which nootropics to take, how to take them – and how much to take. In online forums, the nootropic hive mind bandies about options that include amino acids like L-theanine and glutamine, the salt magnesium threonate, nutrients citicoline and phosphatidylserine, adaptogenic herbs such as rhodiola and Bacopa, or the ubiquitously trending cordyceps.

“Everybody wants to know about brain biohacking right now,” reports Dr Tamsin Lewis, founder of Wellgevity, a personalised preventative healthcare service. “Everything starts with the brain. If you can change your neurochemistry you move differently, you interact differently, the whole filter to your day changes.” Lewis, who began trying nootropics following a head injury, believes plenty of improvement can be gained, but counsels: “There’s no one-size-fits-all – everyone’s baseline function is different.” She also cautions that some supplements are not dosed correctly or do not include their ingredients in a bioavailable form – it’s important to look for clarity when it comes to dosages.

Lewis recommends to her patients personalised blends of intravenous ingredients, including B vitamin complex and alpha lipoic acid. She says the latter is “a great enhancer of mitochondrial function, naturally increasing levels of glutathione [an amino acid involved in cell repair]. It can make your brain feel very clear for a good few weeks.”

Another compelling ingredient is Cognizin, a version of choline, which is a compound derived from food, particularly eggs. It promotes the production of phospholipids, which make up the membranes of our neural cells. Studies of Cognizin demonstrate up to a 25 per cent increase in attention, memory and focus in patients versus a placebo. It is an ingredient available in brain-boosting supplements from Qualia to Mind Lab Pro. Julian Lee, CEO of green tech business Binding Solutions, began taking Cognizin as one of the ingredients in the super-supplement Lyma. “I have remarkably better energy and focus during the day,” he reports. “Things have really shifted. I’m 50 and in very good health and spirits – I feel much younger than my age. Mentally, clear as a whistle.”

If you can change your neurochemistry you move differently, you interact differently, the whole filter to your day changes”

Over at Matt Roberts Evolution in Mayfair, where longevity doctors, physiotherapists and microdosing and psychedelic experts operate in tandem, a 60-something client is emerging from an intravenous glutathione infusion to treat her “brain fog”. “Glutathione cleans out her cells,” explains clinician nurse Michelle Gundry. “We think it’s normal to be tired and forget things. That’s not normal. We should be feeling better.” Matt Roberts Evolution also has coffee on the menu, but with a difference: “Mushroom coffee,” confirms Roberts, “made with cordyceps to give you the kick you need without the comedown.”

Medicinal mushrooms such as lion’s mane show some evidence of supporting neural health and cognition. Roberts recommends magnesium threonate for sleep (good sleep is essential for brain recovery and memory) and the supplement NAD, which is essentially niacin (a vitamin B3 extract), or its more hardcore sister, NMN. NAD may increase human-growth hormone response and therefore the ability of the body’s cells to regenerate. “Watch how you take NMN, though,” he says, “as it needs to be attached to a fat molecule to be absorbable.” Like almost everyone else I spoke to, Roberts cites gut health – in the form of a diet rich in plants and fermented foods – as a key element in the quest to improve brain function and adaptability.

Neuroplasticity is also on the mind of Clinique La Prairie, the Swiss health and beauty brand, which declares it a fundamental aspect of healthy ageing. Cognition, says Professor Bogdan Draganski, a neuroscientist at the University Hospital of Lausanne and a member of CLP’s scientific committee, is a key target for biohackers – or “neurohackers”, as he calls them. Last year, Clinique La Prairie came out with its own health supplement, Energy Focus & Performance (£279 for 120 capsules). It has been formulated with the patented nootropic Cognivia, which showed a nine per cent increase in numeric working memory.

Much of the interest in neurohacking is fuelled by the work of key professors at Stanford, Harvard and Yale. Neuroscience professor Andrew Huberman at Stanford School of Medicine is one such guru, as is Harvard professor of genetics David Sinclair. Both publish their work daily on social media and have amassed huge followings. Sinclair believes it’s possible not only for us to halt cellular decline but to reverse it. Huberman recommends easy hacks such as 30 minutes of sunlight every morning to set the circadian rhythm and “put you in control of your nervous system”.

Huberman also likes to publish his “stack”, which is how wellness nerds refer to their supplement regime. On a recent podcast he listed his latest, which included eating foods that are rich in omega-3s and/or supplementing with omega-3s to get 2-3g of the fatty acid EPA per day; phosphatidylserine, a lipid-like compound abundant in meat and fish; choline, which helps in modulating brain circuits; and creatine – a supplement the fitness-obsessed use to bulk up, “but which is good fuel for the brain – at least 5g a day”, he said.

“The science is changing all the time,” says James Heagney, gym director of KX health club in South Kensington, where Chelsea’s most ambitious wellness disciples go for workouts. “We follow the research to choose not just the nutrients gaining in popularity but those that have scientific backing.”

Heagney is currently looking at “dopaminergic supplements for focus and concentration, the amino acid tyrosine to improve alertness, and adaptogens like gingko and holy basil”. As a 4am riser, and with two young children to wrangle, Heagney is laser-focused on his own “stack”. “Increased performance and cognition is where it’s at,” he says. “Brain function is everything in the body.”