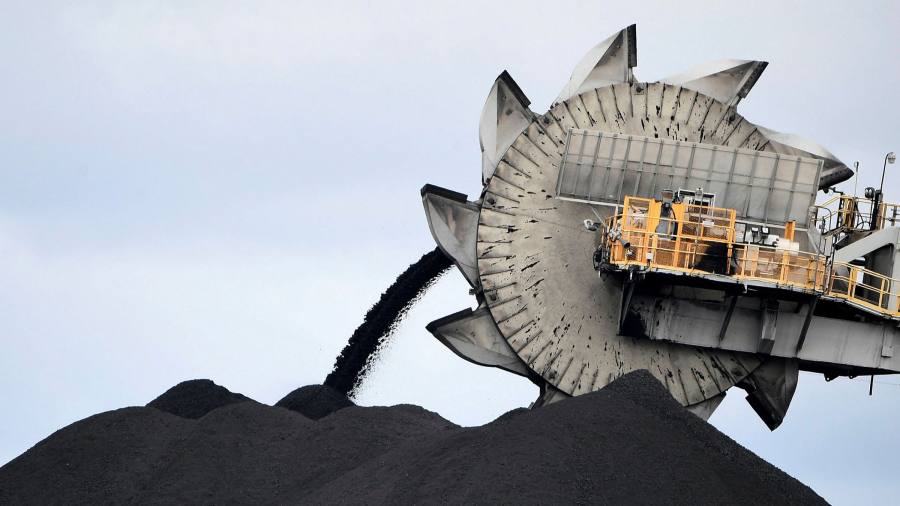 Australia, one of the world’s biggest exporters of coal and gas, is projected to earn A$425bn (US$319bn) from its energy and resources exports in the 12 months to June 30, up 33 per cent from last year.

That represents a 12 per cent increase from the previous estimate published in January before Russian president Vladimir Putin ordered the invasion of Ukraine and western countries enforced sanctions on Moscow.

Liquefied natural gas export earnings will more than double from last year, bringing in A$70bn. Thermal coal earnings will nearly triple from A$17bn to A$45bn, while metallurgical coal earnings will rise from A$24bn to reach A$65bn. The surge in earnings is driven almost entirely by price rises, with only modest increases in the volume of exports, according to the figures.

Australia’s resources minister Keith Pitt said “critical global shortages” were behind the record earnings. “Our resources sector is knocking it out of the park and underpinning our economic growth, our energy security and our national security,” he said.

The fossil fuel export earnings more than offset a drop in iron ore exports, which will fall from A$158bn last year to A$135bn this year. This was also driven almost entirely by falling prices, which plunged in 2021 as China attempted to reduce steel output in a bid to cut emissions, but rebounded this year.

But the government said the boom would be shortlived, projecting dramatic falls in export earnings for all three sectors over the next five years to about A$158bn by 2027 because of the transition away from fossil fuels.

The gap left by these commodities would not be filled by other resources. Of Australia’s main export minerals, only lithium was tipped for substantial growth over the next five years, as global production of lithium ion batteries for use in electric vehicles and electricity networks increases. But this came from a low base of just A$3bn this year, and lithium export earnings would only reach A$7bn by 2027, the figures showed.

He said thermal coal’s long-term outlook was in decline, but the current energy crisis would prolong the commodity’s life, with European countries turning temporarily to coal generation to fill the gap left by Russian gas.

“I used to see coal as a sunset industry. Now I see it more as a twilight industry,” said Lawcock. He also said Australia’s lithium and rare earths exports had significant potential to increase.

Australia will hold a general election next month. Pitt has used the record coal and gas earnings as ammunition against the more climate-focused parties running against the incumbent conservative government.

He warned a Labor-Green coalition would not “fully support” the country’s fossil fuel export industry. The government, headed by prime minister Scott Morrison, is well behind Labor in the polls.