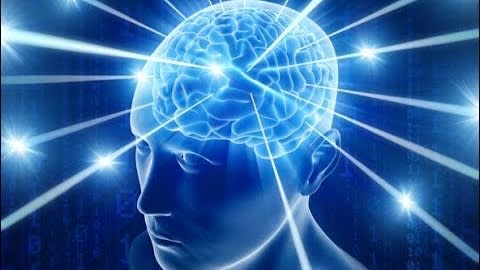 Over the decades banks have gotten in trouble for all sorts of reasons, from rogue traders to old-fashioned bad loans to, erm, laundering money for Mexican drug cartels. This week Barclays had to take a £450mn post-tax hit from what seems to have been a simple clerical error.

Sources familiar with the mood inside Barclays’s investment bank tell FT Alphaville that there is a mix of embarrassment, confusion and fury over how this could happen. We imagine the scene is a bit like this:

Beyond the direct financial hit, there will be the indirect cost of missed opportunities for Barclays’s now-frozen US structured finance unit, potential pounds of flesh extracted by regulators, and the reputational smudge on new chief executive (and former chief risk officer) CS Venkatakrishnan. Investors seem to have read the room. An unknown major shareholder dumped £900mn of Barclays shares in a big block trade in the immediate aftermath of the mess hitting the wires.

So, what actually happened?

This is the nub: Barclays sold $15bn more of US investment products known as “structured notes” than it was allowed to. Yep, 15 billion with a fat “B”.

Even if it was an innocent mistake — and Barclays itself reported it to the appropriate authorities — American regulators take sales of unregistered financial securities very seriously. Barclays will have to do a “rescission offer” to buy back all the notes at their original price. That will incur a loss of £450mn after tax, it estimated on Monday.

But to really understand the root cause of this debacle we have to turn the clock back half a decade. It turns out that the original sin was a familiar culprit.

In May 2017 the Securities and Exchange Commission extracted $97mn out of Barclays after accusing it of overcharging thousands of clients. Here is the SEC press release on the settlement. And, from the text:

In a settlement of more than $97 million, Barclays agreed to settle three sets of violations that resulted in clients being overbilled by nearly $50 million. The SEC’s order finds that two Barclays advisory programs charged fees to more than 2,000 clients for due diligence and monitoring of certain third-party investment managers and investment strategies when in fact these services weren’t being performed as represented. Barclays also collected excess mutual fund sales charges or fees from 63 brokerage clients by recommending more expensive share classes when less expensive share classes were available. Another 22,138 accounts paid excess fees to Barclays due to miscalculations and billing errors by the firm.

Barclays settled “without admitting or denying the SEC’s findings”, as is often the norm in these cases. In the post financial crisis-era of unending multibillion-dollar fines, it got relatively little attention. The FT wrote a brief story about it, but a search on Factiva throws up only a few other short mentions. This settlement, however, turned out to cast a long shadow.

Barclays has a vibrant structured notes division. One source estimates that it typically sells around $10-15bn dollars worth a year of these products to wealthy US clients, often via brokerage networks like Raymond James.

Structured notes are fairly complicated savings products that are built with derivatives but are designed legally like a debt security issued by a bank. Their popularity has grown markedly in many countries as a result of falling interest rates. But because they are still classified as debt, every sale in the US has to be registered with the SEC, just like a bond issuance or an initial public offering.

Of course, unlike with a bond or IPO, it’s often hard to know ahead of time just how much you’ll sell over the course of a year, so issuers file something called a “shelf registration”. This acts a bit like a licence to sell without filing a new registration every time, but has an upper limit. The costs of the quota scale with size, so no one writes a squillion dollars to start with. And anyway, if an issuer gets close to the ceiling they can file for new, bigger shelf registration.

Barclays, however, was what is known in regulatory argot as a “well-known seasoned issuer” (WKSI). A grown-up. Beyond being something that you can bandy about in the pub to impress potential mating partners, WKSI status means that your shelf registration is automatically updated whenever you exceed it.

However, it seems like after the regulatory ding of 2017, the SEC decided that Barclays didn’t deserve its WKSI status any more. And this is where it gets murky, and the internal investigation that the bank has announced will probably focus its digging.

It appears that by the summer of 2019, when Barclays had to file a new shelf registration for its US structured notes business — it chose $20.8bn — the bank either seemed to think it had requalified for WKSI status and therefore, an automatic shelf registration that would scale up whenever necessary, or simply forgot that they no longer were a WKSI.

It therefore blew past the limit by $15.2 BILLION since about February last year.

People familiar with the matter told FT Alphaville that the first time Barclays realised something was horribly amiss was on March 14, when it abruptly announced the suspension of sales and issuance of two popular “exchange-traded notes” that tracked the Vix volatility index (known as VXX) and the price of crude oil (the pithily named OIL). Here is their explanation at the time.

This suspension is being imposed because Barclays does not currently have sufficient issuance capacity to support further sales from inventory and any further issuances of the ETNs. These actions are not the result of the crisis in Ukraine or any issue with the market dynamics in the underlying index components. Barclays expects to reopen sales and issuances of the ETNs as soon as it can accommodate additional capacity for future issuances.

FT Alphaville saw the notice, but filed it under “huh, wonder what’s going on there” and regretfully only kept half an eye on it subsequently. But it immediately caused problems for the ETNs in question.

ETNs are similar to their better-known cousins exchange traded funds, but differ in many crucial ways. While ETFs are, well, actual funds, ETNs are in practice IOUs from a bank, which promises to deliver the returns of an underlying index, or assets, in return for a fee.

This has meant that they are nowhere near as popular or as widespread as the near-$10tn ETF industry. But they offer more flexibility when it comes to indices in more exotic asset classes, and can generate lucrative flow for a bank’s trading desk, which has to continually trade derivatives and create and redeem the ETN’s shares to ensure it matches the underlying index.

But on March 14 Barclays realised it couldn’t legally issue any new shares in VXX and OIL — ETNs are basically just tradable structured notes, and therefore fall under the shelf registration — and it didn’t have any remaining “inventory” of pre-existing shares it could sell (which is why the rest of Barclays’s line-up of ETNs wasn’t immediately affected).

Just how Barclays became aware of the issue on March 14 is also unclear. One source suggested that it was only because a different desk that normally doesn’t do much structured notes work had a mammoth deal in the works. So they checked the shelf registration for remaining capacity and were gobsmacked to discover that Barclays had blown past the limit. But the reality is that we probably won’t know until the bank or the SEC release the details of their own investigations.

The problem is that without being able to issue new shares to reflect demand, OIL and VXX in particular came unstuck from their underlying indices. Here’s Goldman Sachs’ Rocky Fishman from March 15.

As long as this suspension remains in place, the creation/redemption mechanism that typically keeps the VXX share price close to its NAV will only work in one direction: one can redeem shares for a cash payment equal to their NAV, setting up the NAV as a floor on the share price, but one can no longer create shares at NAV. This leaves the potential for the share price to exceed its NAV because of the shares’ scarcity.

Something similar happened to TVIX, a leveraged long Vix ETN marketed by VelocityShares and issued by Credit Suisse in 2012. The shares of TVIX at one point traded at a 90 per cent premium to its net asset value, before collapsing completely.

VXX hasn’t suffered anything that extreme yet, but has still traded at a hefty premium to its NAV since March 14, and will probably do so until Barclays gets the regulatory go-ahead to restart its structured notes business. After that, well, look out down below . ..

The mess is compounded by the fact that VXX is a popular short among traders — because of the tendency of volatility to simmer down over time and the cost of constantly rolling the note into more expensive longer-term Vix futures contracts — and has a big associated options market.

Well, that’s hard to say. While it seems that the financial damage will probably be limited to close to the £450mn initial estimate thanks to “short-term hedging arrangements” that Barclays hurriedly secured after it discovered the debacle, the logistics of the coming repurchases are mindbogglingly complicated.

For example, some of de facto unregistered structured notes will have traded many times, especially the shares in the ETNs. Who is eligible to sell them back to Barclays at par — the original purchaser, or the current holder? FT Alphaville’s brain hurts just thinking about the mechanics of how the rescission offer for $15bn worth of securities will work. Then there are people that have suffered collateral damage, such as VXX shorters and option-holders. Our sympathies with the Barclays folks tasked with figuring it all out.

In its statement Barclays stressed that it “remains committed to its structured products business in the United States”, which makes sense. It likely makes a decent wedge of money. But a big fat question mark hangs over the iPath ETN business, despite not really being the core problem.

At a time when most other banks are tiptoeing away from ETNs — Credit Suisse is winding down its business after its own debacle with a Vix-linked ETN in 2018 — the iPath business might make a handy sacrificial lamb for the blue bird of British banking.