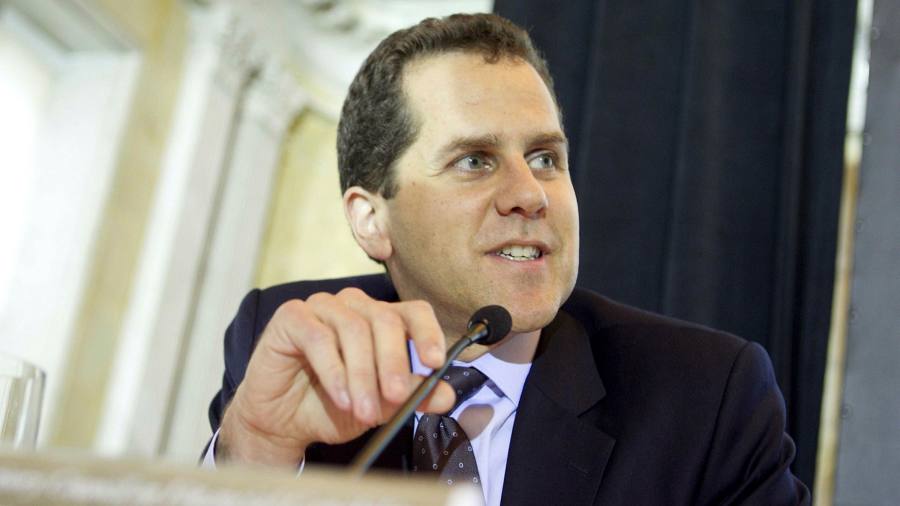 If confirmed as the US central bank’s vice-chair for supervision, Barr, who was the assistant secretary for financial institutions at the Treasury during the Obama administration, will assume a position that has been left vacant since October and proven difficult for the White House to fill.

Republicans on the powerful Senate banking committee, which initiates the confirmation process for Fed nominees before it is voted on by the full upper chamber, had launched a campaign to block her advancement, after taking issue with her calls for regulators to more proactively address financial risks related to climate change.

Blaming “relentless attacks by special interests”, Raskin withdrew after Joe Manchin, the moderate Democratic senator from West Virginia, said he would join Republicans in opposing her.

Barr, who also worked for the Clinton administration, will need the support of all 50 Senate Democrats to be confirmed, with Kamala Harris, vice-president, casting the tiebreaking vote, unless a Republican breaks ranks to support him.

Barr, who is dean of the University of Michigan’s public policy school, played a decisive role in crafting the post-global financial crisis regulatory framework, outlined in the Dodd-Frank act in 2010 — experience that Biden lauded in a statement on Friday.

“Barr has spent his career protecting consumers, and during his time at Treasury, played a critical role in creating both the Consumer Financial Protection Bureau and the position for which I am nominating him,” the president said. “He was instrumental in the passage of Dodd-Frank, to ensure a future financial crisis would not create devastating economic hardship for working families.”

Biden said his pick had “strong support from across the political spectrum” and noted that Barr was previously confirmed with bipartisan support.

Sherrod Brown, the Democratic chair of the Senate banking committee, on Friday endorsed Biden’s pick, saying he “understands the importance of this role at this critical time in our economic recovery”.

Barr, once seen as a leading contender to become the next comptroller of the currency in the Biden administration, also garnered support from other progressive members of the Democratic party, including Elizabeth Warren of Massachusetts, who on Friday said she would support his nomination.

Biden stressed that Barr “understands that this job is not a partisan one, but one that plays a critical role in regulating our nation’s financial institutions to ensure Americans are treated fairly and to protect the stability of our economy”.

But early criticism from Patrick Toomey, the highest-ranking Senate Republican on the banking committee, suggests Barr could face opposition. Toomey on Friday said he had “concerns” about Biden’s pick, and said the CFPB he spearheaded was “unconstitutional and unaccountable”.

Ian Katz, a policy analyst at Capital Alpha Partners, predicts Barr has a 60 per cent chance of being confirmed, a process that he warned could take a few months. Katz said Barr was broadly seen as more moderate than Raskin and is expected to focus on protecting low-income Americans as well as potentially toughening the stress tests for big banks.

Under Randal Quarles, the previous vice-chair for supervision, the tests had become more transparent and in turn easier to be gamed, according to critics.

If he receives sufficient votes, Barr, a graduate of Yale Law School, will join a Fed that is grappling with the highest US inflation in roughly 40 years. The central bank has already begun raising interest rates but is under pressure to take much more aggressive action.

High inflation has dented Biden’s popularity and become a pivotal political issue ahead of the midterm elections later this year.

The president said on Friday he was doing “everything” in his power to lower prices for households while emphasising the Fed’s “critical role in fighting inflation”.

He also urged the Senate to confirm his other nominees to fill top positions at the central bank, including Jay Powell, the sitting chair who was renominated in November, as well as Fed governor Lael Brainard, who was nominated as the central bank’s vice-chair.