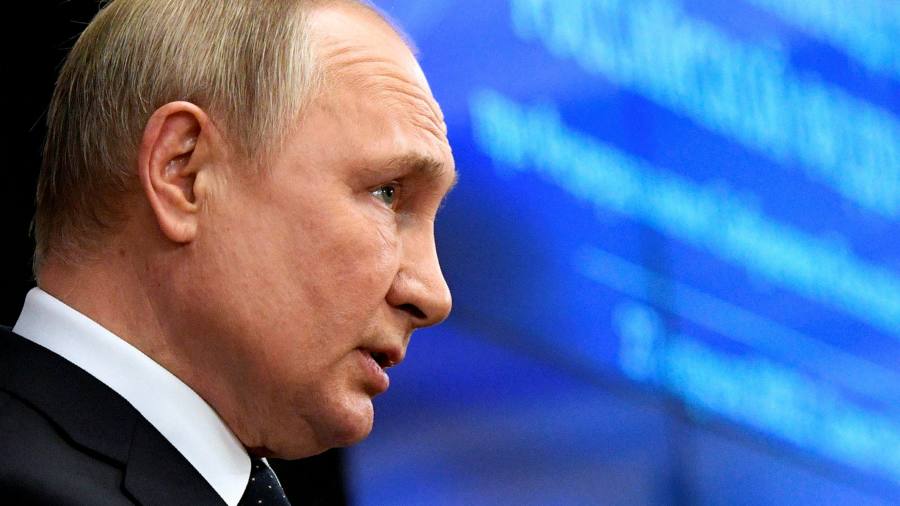 Some of Europe’s largest energy companies are making arrangements to comply with a new payment system for Russian gas sought by the Kremlin, which critics say will undercut EU sanctions, threaten the bloc’s unity and deliver billions in critical cash to Russia’s economy.

Gas distributors in Germany, Austria, Hungary and Slovakia — including two of the single largest importers of Russian gas, Düsseldorf-based Uniper and Vienna-based OMV — are preparing to open rouble accounts at Gazprombank in Switzerland, according to people with knowledge of the preparations.

Negotiations between utilities and Gazprom, the Russian state-controlled gas supplier, have intensified as payment deadlines approach, they said.

Italy’s Eni, another of Gazprom’s large customers, is evaluating its options, said two people familiar with the discussions. The Rome-backed company has until the end of May, when its next payment for Russian supplies is due, to make a final call, Italian officials said.

The preparations show the impact of Russian efforts to weaponise gas supplies and challenge the EU’s ability to maintain a united front against Moscow.

Russian president Vladimir Putin issued a decree in late March that gas buyers from so-called unfriendly nations — which include all of the EU — had to set up both foreign currency and rouble bank accounts with Gazprombank, the Switzerland-based financial trading arm of Gazprom, to pay for their supplies. The measure was seen as a way of neutralising EU sanctions against Russia’s central bank over Moscow’s invasion of Ukraine.

Gas importers in Poland and Bulgaria, which have refused outright to sign up to the Kremlin scheme, had gas supplies from Russia halted on Wednesday, a decision Ursula von der Leyen, European Commission president, described as being tantamount to blackmail.

Brussels has struggled to counter Moscow’s demands: the commission issued official technical guidance admitting that the financial engineering contrived by the Kremlin could be “sanctions-compliant” under some conditions. But it would result in Russia being able to access billions in gas revenues to support its currency and its economy, member states and EU officials said.

Under the new Russian mechanism, European utility companies would continue to pay Gazprombank for their imports in euros — ensuring they did not breach the sanctions regime. The Russian bank, which is not under EU sanctions, would then, at their request, convert euro-denominated deposits into roubles in a second account opened in their name, for onward payment to Russia.

The commission’s advisers have concluded that any move by the EU to impose sanctions against Gazprombank — which would be the swiftest way of closing the loophole — could jeopardise the entire existing payment mechanism for Russian gas, resulting in a catastrophic cessation of shipments to the bloc.

Valdis Dombrovskis, commission executive vice-president, said in an interview that it was primarily up to the individual companies that had signed the contracts with Gazprom to implement and interpret them. But he urged them to stick to the letter of these contracts.

“Prices are agreed in euros or dollars. So you pay this amount of euros for a given amount of gas, end of story,” he said.

The Russian move against Bulgaria and Poland was nevertheless a challenge, he admitted: “It’s important to preserve EU unity in this regard and as President von der Leyen said, we should not be giving in to this kind of blackmail.”

OMV said it had analysed the Gazprom request on payment methods in light of EU sanctions and was working on a sanctions-compliant solution.

Tiina Tuomela, chief financial officer of Uniper, said: “We consider that the amendment of the payment process complies with the sanctions law and so the payments are possible.”

Italian officials said the commission’s guidelines on whether Gazprom’s payment scheme represented a breach of sanctions were ambiguous and did not give clarity to member states.

German vice-chancellor and economy minister Robert Habeck said on Wednesday that the Russian payment mechanism was “the path that the EU marked out for us”.

“It’s the path that is compatible with sanctions, and as far as I understand the German companies that are doing it this way are in compliance with their contracts,” he said. “Most EU countries are taking this approach.”

He added that, following a visit to Poland on Tuesday, it was his understanding that Warsaw intended to take a more uncompromising line with Moscow. “They’re not scared of an embargo,” he said.

Additional reporting by Amy Kazmin in Rome, Neil Hume in London, Joe Miller in Frankfurt and Sam Fleming in Brussels