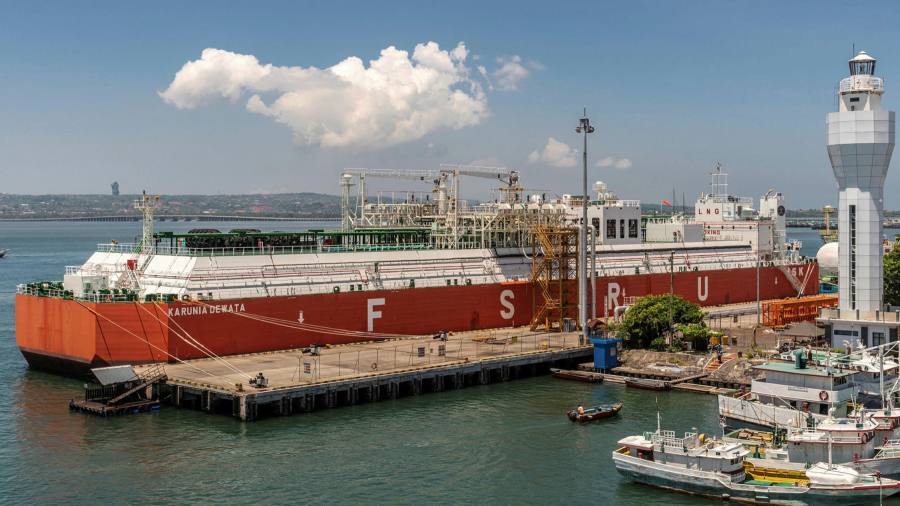 Europe’s plan to reduce reliance on Russian gas and bolster the continent’s energy security hangs on its ability to secure specialised ships that offer the quickest way to import alternative supplies and to rapidly build associated infrastructure.

Since Russia invaded Ukraine last month, Germany, Italy and the Netherlands have announced plans to secure floating storage and regasification units (FSRUs) — liquefied natural gas tankers with heat exchangers that use seawater to turn the supercool fuel back into gas.

These docked ships offer the quickest way for Europe to end its reliance on the pipelines that bring in large quantities of the fuel from Russia. “Europe is screaming for FSRUs to get energy in, whatever it costs,” said Yngvil Asheim, managing director of Oslo-based BW LNG, one of the world’s handful of FSRU owners.

The EU plans to reduce reliance on Russian natural gas by two-thirds by the end of this year and is seeking to import an extra 50bn cubic metres of LNG annually. While there are questions about whether there is enough LNG supply globally to meet Europe’s needs, analysts say infrastructure could present a crucial bottleneck.

Europe has the infrastructure to regasify 170 bcm of LNG but most spare capacity is on the Iberian peninsula, which does not have sufficient pipelines to move supplies further north.

Land-based LNG import terminals take at least five years to build and are costly. FSRUs — each of which can typically import about 5 bcm a year — are cheaper and quicker to install. But, despite being faster to install, FSRUs can still take a few years to set up. The global supply chain crunch threatens further delays, industry figures said.

Germany, which has no LNG import terminals, is examining possible locations on the North Sea and Baltic Sea for three FSRUs with an estimated capacity of 27 bcm, estimating the first could start operating this year. Jason Feer, head of business intelligence at energy and shipping brokerage Poten & Partners, predicts that Germany’s first FSRU will not be up and running before 2024.

Dutch gas transmission group Gasunie has said it may be able to import LNG by the third quarter this year. Robert Songer, an analyst at ICIS, a commodity data firm, said that this project was first planned a decade ago. “Anything bigger and not yet on the drawing table will surely take longer,” he said.

Spare vessels are also few and far between. Out of a global fleet of about 50 FSRUs, Karl Fredrik Staubo, chief executive of Golar LNG, a Bermuda-based FSRU owner, estimates only five ships are available and three could be released from contracts this year. Not all of those are suitable for northern Europe because water below 10C is too cold for the heat exchange system used on some ships.

Europe might accelerate the green shift but what will happen in the rest of the world and Asia. At these prices they will burn coal.

Charter rates for FSRUs have increased by at least 50 per cent to between $150,000 and $180,000 a day since the outbreak of the Ukraine war, according to industry sources. Rystad Energy estimates it costs $40mn to $60mn per year to charter an FSRU. “Companies are in a bidding war [for FRSUs],” said Gordon Milne, managing director of FSRU Solutions, a consultancy.

Until the sudden recent rise in demand, the FRSU market had suffered from overcapacity. “It hasn’t made sense to build a new FSRU in a long time,” said Oystein Kalleklev, Flex LNG, an LNG shipping company. Construction backlogs mean it could take until 2027 to deliver a new unit.

The increased competition for LNG and the FSRUs needed for its importation is likely to put off poorer prospective LNG importers, such as Sri Lanka, Brazil and Panama, who would instead turn to dirtier fuels. “Europe might accelerate the green shift but what will happen in the rest of the world and Asia,” said Asheim. “At these prices they will burn coal.”

Additional reporting by Erika Solomon in Berlin, Neil Hume in London and Justin Jacobs in Houston