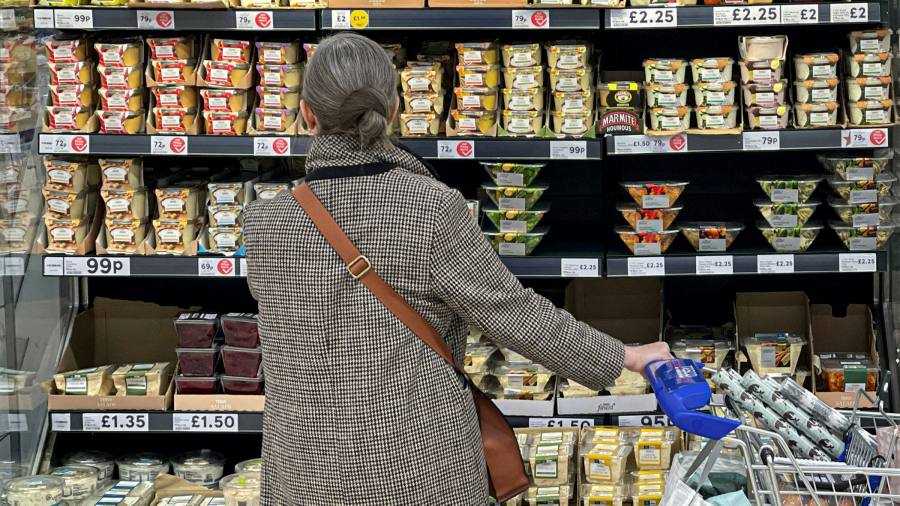 European equities fell on Wednesday, while US stock futures rose, as traders weighed the latest inflation data releases and prepared for the start of US earnings season.

Futures contracts tracking the US’s benchmark S&P 500 index and the Nasdaq 100 on Wednesday added 0.5 per cent and 0.6 per cent, respectively.

These moves followed swings on Wall Street in the prior session. The S&P and tech-heavy Nasdaq Composite share gauges initially rose after a March inflation release showed that US consumer price growth increased 8.5 per cent on an annual basis, slightly above analysts’ expectations. However, so-called core inflation, which strips out volatile food and energy prices, came in lower than forecast.

US stock markets subsequently ended the day lower, after oil prices surged by more than 6 per cent, reigniting inflation concerns.

“The big news in the March [inflation] report was that core price pressures finally appear to be moderating,” said Andrew Hunter, senior US economist at Capital Economics, adding that goods supply shortages and congestion at ports were showing signs of easing.

Energy prices, a key driver of inflation, were expected to ease over the rest of the year, he added. But he said the US Federal Reserve was unlikely to stray from its widely trailed plan to raise interest rates by 0.5 percentage points at its May meeting.

“Having been slow to realise that the initial surge wasn’t transitory, Fed officials are now being a bit too pessimistic about how quickly inflation will drop back,” said Hunter.

With US earnings season under way, JPMorgan on Wednesday reported a 42 per cent year-on-year drop in profit, while also setting aside nearly $1bn in loan-loss reserves amid rising inflation and the war in Ukraine.

In government debt markets, the yield on the 10-year US Treasury note, a proxy for global borrowing costs, was broadly flat at 2.73 per cent, up from about 1.6 per cent at the start of the year. The yield on the two-year note, which closely tracks interest rate expectations, was also steady at 2.39 per cent.

The yield on the 10-year German Bund, which underpins European borrowing costs, traded flat at 0.8 per cent, close to its highest level since 2015.

Data on Wednesday showed that UK inflation rose to a fresh 30-year high last month, led by the rising cost of fuel. Consumer prices increased 7 per cent year on year in March, up from 6.2 per cent the month before. Economists polled by Reuters had expected prices to rise by 6.7 per cent.

Martin Beck, chief economic adviser to the EY Item Club, predicted that prices would peak at 8.5 per cent in April before cooling later in the year as energy prices and supply chain bottlenecks ease. “After some high readings for inflation this year, the pace of price rises could head well below the Bank of England’s 2 per cent target in late 2023 and early 2024,” he said in a note.

Oil prices extended their gains on Wednesday, with international benchmark Brent crude up 1.8 per cent to $106.50 a barrel. The US oil marker West Texas Intermediate added 1.9 per cent to $102.49 a barrel.