European shares edge higher after sharp losses in prior session 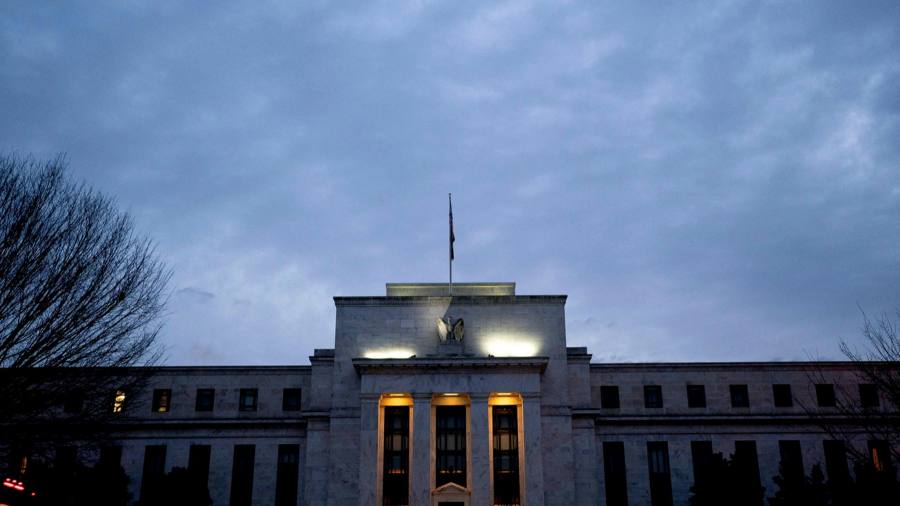 European stocks and government bonds retraced some of their losses on Thursday after details of the Federal Reserve’s March meeting revealed US central bankers’ willingness to raise interest rates aggressively to curb inflation.

The regional Stoxx 600 share index added 0.3 per cent after ending Wednesday down 1.5 per cent, as concerns about the European Central Bank following the Federal’s rapid monetary policy tightening combined with fears that sanctions against Russia could stoke more price rises. Germany’s Dax rose 0.3 per cent, while London’s FTSE 100 lost 0.3 per cent.

The yield on the 10-year Treasury note, which falls as the price of the instrument rises, declined 0.03 percentage points to 2.58 per cent after fierce selldowns of US and eurozone government debt in the two prior sessions.

The 10-year yield, which is a global benchmark for bank loan rates and equity valuations, is trading at levels not seen since the spring of 2019. Some analysts said the higher borrowing costs and surging inflation were raising the risk of an economic downturn, meaning the Fed’s push to tighten monetary policy may need to be shortlived.

“The Fed is now front-loading and likely to take big steps in tightening monetary policy at the May meeting. However, as the economic outlook is deteriorating they may already be too late,” Rabobank senior US strategist Philip Marey said.

It was possible, he added, that “this hiking cycle is going to end prematurely and could very well be followed by another recession”.

The yield on the two-year Treasury note, which closely tracks interest rate expectations, declined 0.06 percentage points to 2.44 per cent, remaining close to its highest point in more than three years.

While the US central bank raised its benchmark interest rate by 0.25 percentage points last month, minutes of its March meeting showed several participants would have preferred a sharper 0.5 percentage point increase were it not for the uncertainty caused by Russia’s invasion of Ukraine.

“Many” of the Fed decision makers said at least one 0.5 percentage point increase would be appropriate this year, the minutes said. The document also showed that the Fed was prepared to reduce its balance sheet, which swelled to $9tn on aggressive Treasury purchases to suppress borrowing costs during the pandemic, by up to $95bn a month.

In Asia, Hong Kong’s Hang Seng share index fell 1.1 per cent and Japan’s Nikkei lost 1.6 per cent, mirroring falls on Wall Street in the previous session, as traders reacted to the Fed minutes.

The US’s S&P 500 had closed 1 per cent lower on Thursday, while the technology-heavy Nasdaq Composite dropped more than 2 per cent.