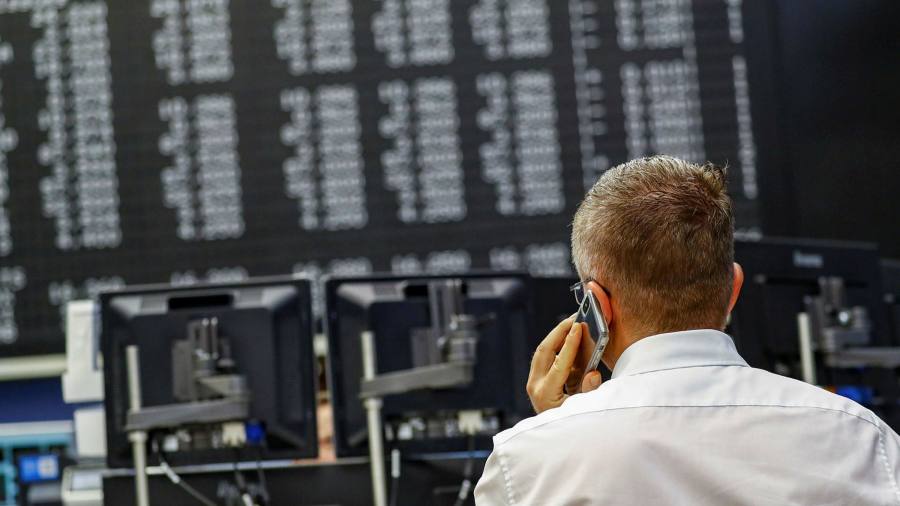 European stocks edged higher on Tuesday, buoyed by utilities and energy companies, as investors weighed the prospect of an escalation of sanctions on Russia, including a potential ban on Russian coal and oil imports.

The moves came after the US and France called for a significant escalation of punitive measures against Russia, following reports of atrocities by its forces in Ukraine.

French president Emmanuel Macron urged a ban on imports of oil and coal from Russia, though he did not call for a ban on imports of Russian natural gas — a vital fuel source for Germany, Italy and some eastern European countries. US president Joe Biden said he would “continue to add more sanctions” on Russia and called for a trial to assess possible war crimes committed by President Vladimir Putin’s forces in Ukraine.

Tancredi Cordero, founder of Kuros Associates, said the German economy “in particular will see its average input costs, when it comes to energy and commodities, rising considerably, which will dent operating margins of most domestic companies”.

“I don’t think there will be a recession [in Germany], it’s too strong an economy,” he added. “But in the short term, Germany will be reduced in terms of exposure by institutional investors.”

If not a full-blown recession, Europe could instead be set for a prolonged bout of stagflation, said Florian Ielpo, multi-asset portfolio manager at Lombard Odier Investment Managers, referring to a period of simultaneous high inflation and muted economic growth.

“This isn’t necessarily bad for equities,” he said. “If you’re a company well enough in your market to be able to push the surge in costs to consumers, you’re not really likely to suffer at the beginning of the inflation surge, and we’re still at the beginning.”

In government debt markets, the yield on the 10-year US Treasury note — which moves inversely to its price and is a benchmark for borrowing costs worldwide — added 0.04 percentage points to 2.45 per cent.