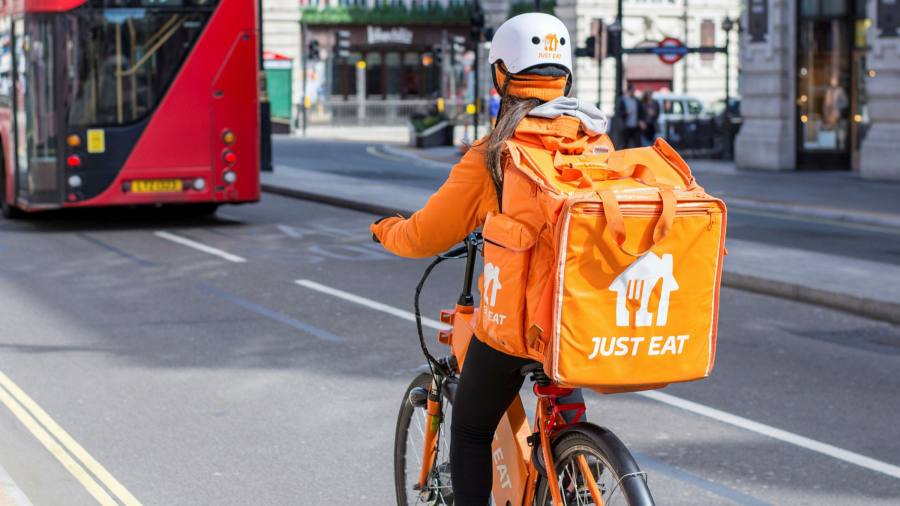 The market fears that the boost provided by Covid-19 may be coming to an end, writes Mark Robinson.

Covid-19 proved to be a boon for certain companies, but pandemic-linked benefits are beginning to dissipate. Oxford BioMedica’s share price has been in retreat since the beginning of November. That trend was maintained on results day as the vaccine manufacturer guided for reduced revenue in 2022 due to a pause in vaccine manufacturing activity.

Much depends on the outcome of negotiations with AstraZeneca over a possible extension to a supply agreement in relation to its Covid-19 vaccine.

Oxford BioMedica has manufactured over 100mn doses since it went into partnership with the pharma heavyweight, with orders accelerating through the second half of 2021. The deal generated about £100mn in revenue since inception, with the positive impact on operating cash flow also evident in the period under review.

The surge in revenue was offset to an extent by a decrease in commercial development receipts from existing customers, as activities transitioned to clinical and commercial batch manufacture. Cost-of-sales was up by around one-third when non-cash items are excluded, but the upscaling of activities linked to the vaccine agreement is perhaps best appreciated through a near-fourfold increase in adjusted operating cash profits to £35.9mn.

The revenue base is expanding through new contracts with US-listed trio Arcellx, Immatics and Cabaletta Bio, together with bioprocessing and commercial development activities, but the market remains focused on the vaccine deal. Put simply, the trajectory of the share price remains intertwined with the clinical relationship with AstraZeneca. It’s no surprise, therefore, that short positions on the stock increased throughout March, while consensus forecasts point to an adjusted earnings loss of 14.4p in 2022.

The consulting, construction and operations firm has high debt and had a poor 2021, but a new energy security focus and division sale could shore up the books, writes Alex Hamer.

As investment looks to skyrocket in the energy sector across both oil and gas projects and renewables, energy and resources services and consulting firm Wood Group is still counting the costs of the past lossmaking contracts and the impact of 2020’s freeze of new projects. “Challenging” was the keyword for Wood Group in its presentation of the weaker 2021 numbers.

Chief executive Robin Watson and finance chief David Kemp were keen to highlight the hit to the bottom line from continued Covid-19 conditions and the carry-over of hesitation around new oil and gas projects into last year.

The outlook is improving — the order book is up almost a fifth on the year before — but Wood Group remains saddled with a high level of debt and has kept the dividend on ice while it gets its books in order. Net debt climbed almost a fifth last year to $1.8bn (£1.4bn), taking Wood Group close to its debt covenants of 3.5 times adjusted cash profit. This sat at 3.3 times as of December 31.

The adjusted cash profit for 2021 was down 12 per cent on the year before, at $554mn, although the margin improved by three percentage points to 8.6 per cent. The free cash flow outflow grew significantly, however, from $46mn last year to $398mn, due to a major working capital outflow because of “reduced activity in our projects business”.

Adjusted earnings were right on analyst forecasts at 17.5¢ a share, compared with 23.2¢ last year. Consensus estimates compiled by FactSet see this returning to 26¢ a share this year.

Looking ahead, Watson said there had recently been an uptick in contracts around “maximising production volumes in conventional upstream assets”, particularly in the Middle East, and reported higher headcount in the North Sea across UK and Norwegian territory.

Wood Group operates across consulting, operations and construction jobs, split between conventional energy, process and chemicals, renewables and ‘built environment’ divisions. This last one is for sale, and a final deal is expected by the end of June. Watson floated multiple options for the division, which brought in $1.5bn in sales last year, largely through consulting work.

The chief executive also used the results to announce he would be retiring after seven years in the job. A successor is yet to be picked.

The board delayed releasing the 2021 numbers because of accounting questions around the Aegis missile project in Poland, which went as far as an external investigation into its value. The result of this was no change, Wood Group said, and it has taken a $99mn hit on the project on the 2021 bottom line, and a total loss at $222mn.

There are clearly plenty of opportunities right now for a company that can both increase oil and gas output and cut emissions from assets on a project level. Wood Group also has exposure to the UK’s fast-growing hydrogen sector. While the balance sheet is not in a strong state, a cash injection from the built environment sale and a stronger pipeline means we are more optimistic of the dividend coming back.

The struggling acquisition could be disposed of, as the meal delivery group also downgraded its forecasts, writes Christopher Akers.

Just Eat revealed in a trading update that it is considering selling Grubhub, the online food ordering and delivery platform, which it acquired for $7.3bn (£5.6bn) in June 2021.

Management said that it “is currently, together with its advisers, actively exploring the introduction of a strategic partner into and/or the partial or full sale of Grubhub”.

The acquisition has struggled with declining orders and fee caps in its key markets, notably New York. Numis analysts said last month that Grubhub is burning through cash at a run-rate of around €200mn (£166mn).

The trading update, covering the first quarter of the company’s 2022 financial year, also disclosed that total orders fell by 1 per cent to 264.1mn while gross transaction value (GTV) climbed by 4 per cent to €7.24bn. Northern Europe was the best performer in terms of orders, up 4 per cent to 76.5mn. The UK and Ireland market posted the most rapid GTV growth, spiking by 7 per cent to €1.65bn.

The company expects to return to profitability in 2023 and has downgraded its GTV forecasts. Management said that GTV will now grow by mid single-digits in 2022 rather than the mid-teens guidance previously shared, and warned it expects a relatively high level of churn in its consumer base in the first half of the year.

Despite the bad news, growth drivers such as average monthly order frequency and returning consumers are still expected to “remain above pre-pandemic and even above pandemic levels” according to management. We stick with our hold recommendation for now and await further news on Grubhub.

How big a problem are rising interest rates for equities?

This isn’t a wholly good thing. One way in which expected returns on equities can rise as interest rates rise is if their prices fall to a level at which they are cheap enough to rise thereafter. Once we are at a higher level of rates, though, equity returns should be higher. The journey to higher rates might be uncomfortable, but the destination is pleasant.

Sadly, however, this theory is only half-true. And it’s the bad part that’s true.

Rising rates have been associated with worse returns. Since 1986 there has been a small but statistically significant negative correlation between monthly changes in three-month rates and monthly total returns on the All-Share index. Months in which rates rise tend to see poor equity returns.

High rates, however, do not lead to high returns. Since 1986 there has been no correlation between the level of three-month rates at the end of a month and equity returns the following month. Nor has there been a correlation between equity returns relative to cash and the level of interest rates. This is true whether or not we control for the dividend yield (which does predict returns) and whether we look at the whole post-1986 period or just the 1986-2009 period, when rates were above 0.5 per cent.

History, then, is clear. While rising rates tend to be slightly bad for equities, high interest rates do not lead to higher returns.

I suspect there’s a reason for this. It’s because low rates are ambiguous for equities.

On the one hand, they are a symptom of a weak economy. And you’d expect equities to do badly under such conditions because of earnings disappointments and a lack of appetite for risk.

On the other hand, though, low rates are a sign that the economy faces big risks, which are also risks to equities. Investors should, in principle, be rewarded for taking on such risks.

On average, these two mechanisms have cancelled out.

One thing corroborates this — that the dividend yield on the All-Share index has not changed much since the 1990s even though real interest rates have fallen massively. This is consistent with falling bond yields being a sign of lower growth expectations, which should justify lower equity returns — a fact which offsets the tendency for increased risk to require higher returns.

Herein, however, lies a difference between the UK and US. David Blitz at Robeco Quantitative Investments has shown that in the US higher interest rates lead to lower equity returns: in the UK, by contrast, there’s just no link.

Since January 2009 (when the fed funds rate was cut to nearly zero) just four stocks — Tesla, Amazon, Apple and Alphabet — have added $6.7tn to the market capitalisation of the S&P 500. Which means that these four alone have contributed over one-fifth of the rise in the S&P in this period.

The UK market, by contrast, is dominated not by fast-growing tech companies but by mature stocks. Low interest rates might be great for Facebook, Tesla or Alphabet, but they are less so for Shell or Unilever. And so they are less good for the equity market in total.

The prospect of higher rates, then, is tricky for both US and UK stocks — but more so, perhaps, for US ones.

Chris Dillow is an economics commentator for Investors’ Chronicle