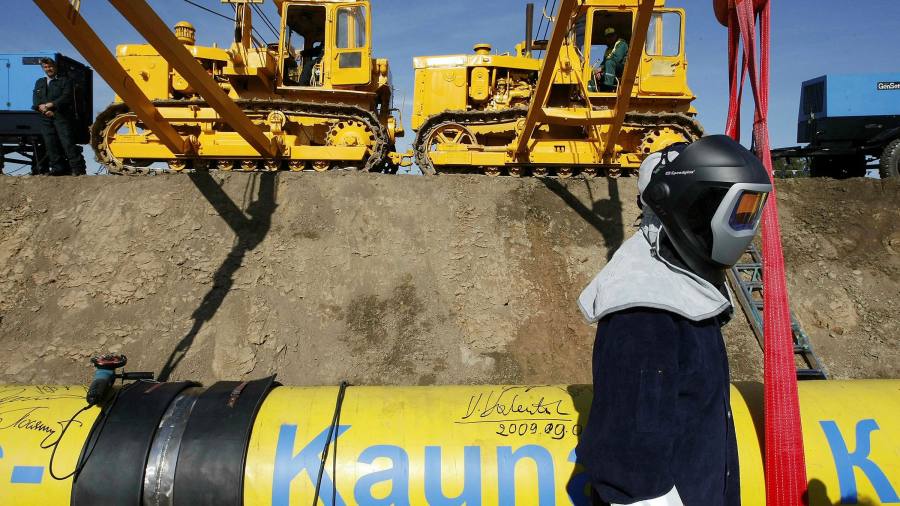 Lithuania has become the first EU country to cut off Russian gas supplies completely, with the two other Baltic states also temporarily stopping its flow in response to Moscow’s invasion of Ukraine.

Lithuanian authorities said that from April 1 they would no longer import Russian gas but instead rely on liquefied natural gas from their terminal called Independence.

The three Baltic states have been among the loudest voices urging the EU to end its members’ dependence on Russian oil and gas as countries pay Moscow for petroleum even after its invasion of Ukraine.

Lithuanian officials have said for the past decade that energy independence is the last step in cutting off their ties with Moscow. They re-established their formal independence in 1990, joined the EU and Nato in 2004, and opened their own LNG terminal in the port of Klaipeda in 2014.

Gitanas Nauseda, Lithuania’s president, said at the weekend: “Years ago, my country made decisions that today allow us with no pain to break energy ties with the aggressor. If we can do it, the rest of Europe can do it too.”

Earlier this week, he told other European countries to stop buying Russian oil and gas “because the Kremlin regime uses this money to finance the destruction of Ukrainian cities and attacks on peaceful civilians”.

Russian gas stopped flowing into Estonia and Latvia too at the start of the month, the head of Conexus Baltic Grid, a Latvian natural gas storage operator, said at the weekend.

Uldis Bariss, chair of Conexus, told Latvian state radio that Russia’s demand for gas payments in roubles showed it could no longer be relied on for supplies and would accelerate the Baltics’ path to energy independence.

He added that there was an unusually large amount of gas in storage at present — almost equivalent to Latvia’s entire needs for the winter period — but that the Baltics needed to build a second LNG terminal quickly to end fully their dependence on Russian gas.

The Baltics are also trying to wean themselves off other forms of Russian energy, and are aiming to synchronise their electricity grids with the rest of Europe, rather than with Moscow and Belarus at present, by 2025.

The grid operators of Denmark, Finland, Norway and Sweden last week pledged to help the Baltics if Russia suddenly stopped exporting electricity to them. “In such a scenario, frequency support from the Nordic system will be needed,” the four operators said in a joint statement.

Other European countries are rushing to end their dependence on Russian petroleum. Germany has said it would aim to be “virtually independent” from Russian oil by the end of this year and from gas by mid-2024. EU leaders last month decided to bulk buy natural gas jointly from other sources.