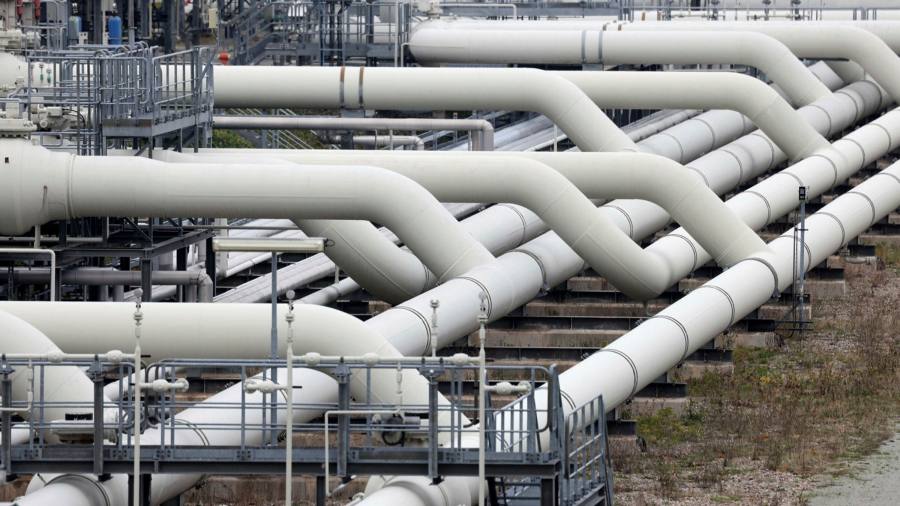 Germany and Greece are poised to send more gas to Poland and Bulgaria after Russia cut their supplies, according to market and port data.

Orders for gas to flow through the pipeline at Sidirokastro, a border-crossing point between Greece and Bulgaria, flipped on Thursday, with higher volumes to exit towards Bulgaria than for those heading south to Greece, according to data posted by the Hellenic Gas Transmission System Operator.

No gas is currently flowing in either direction between the two countries, data shows, but such activity — known as nominations — indicates that Greek gas company DEPA is engaging in swaps to sell its gas to Bulgaria, according to Tom Marzec-Manser, head of gas analytics at ICIS, a commodity analysis group.

Likewise, flows of gas at Mallnow, the key border crossing point between Germany and Poland for the Yamal-Europe pipeline, increased to 12.7mn kilowatt hours per hour on Thursday, according to data from Gascade, Germany’s gas transmission operator.

Before Wednesday, the highest level this month was just below 9mn kWh/h.

On Wednesday, Russia’s state-backed gas producer Gazprom cut off supplies of gas to Poland and Bulgaria after the two EU nations rejected Moscow’s demand to use a new payment mechanism.

Gazprom warned that if either country diverted supplies transiting to other European countries, it would reduce volumes commensurately.

Sofia is working to accelerate the completion of a separate critical cross-border interconnector with Greece, which would enable the country to bring in Azerbaijani gas.